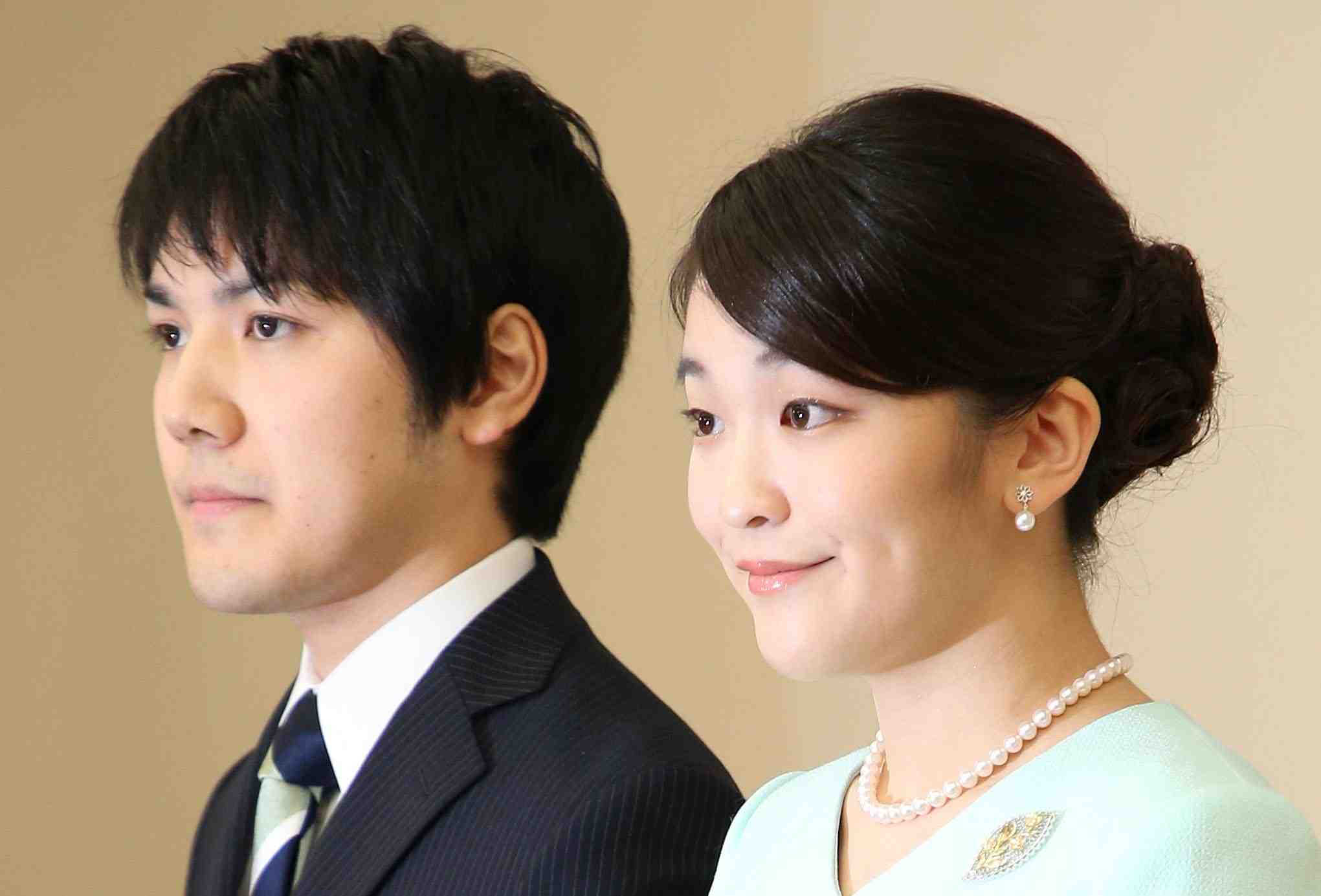 The couple, both of whom are 30 years old, attended the International Christian University (ICU) in Tokyo together.

After the registration of their marriage, they answered written questions at a hotel press conference, during which Mako said: “We will be starting a new life. I want to continue joining forces and walk together side by side.” Mr. Komuro stated simply, “I love Mako.”

By marrying Komuro, who is a commoner, Princess Mako relinquished her imperial status and she too became a commoner. The couple plan to live in the United States. We hope that there, as they wish, they will keep joining forces and walk together side by side, and build a long-lasting, happy family life.

Had circumstances been different, we wish Mako’s marriage would have been an occasion for all the Japanese people to celebrate together throughout the entire series of traditional ceremonies that normally take place when a member of the imperial family marries. It is regrettable that this auspicious occasion was treated so differently this time.

During the press conference, the couple limited their remarks to their feelings concerning the marriage itself. No questions were taken at that time.

Questions submitted beforehand were answered afterward in writing, and there were no follow-up questions from reporters. This was out of consideration for Mako, who has been diagnosed as suffering from a complex post-traumatic stress disorder due to her mental anguish resulting from negative media coverage of the financial problems of Mr. Komuro’s mother and other issues.

In her written response to pre-submitted questions, the former princess said that what causes her the greatest anxiety now is the fear of continuing hurtful allegations directed at their family.

We wanted to hear more from the couple, but above all we hope that Mako will be able to feel at ease in her daily life.

Mako was born in the Heisei era, which lasted from 1989 to 2019, and is the oldest grandchild of former Emperor Akihito and former Empress Michiko. According to the Imperial Household Agency, the Emperor and Empress Emeritus are quietly observing events related to the marriage and wish Mako happiness.

Most members of the Japanese public, who have watched Mako grow up since she was a baby, share these sentiments.

On the morning of her nuptials, Princess Mako was given an emotional send-off at the palace by her parents and younger sister Princess Kako as she left her home with a bow. No doubt many people were moved to tears by the sentimental scene of the two sisters embracing as they reluctantly bid farewell.

In November 2020, Crown Prince Akishino “accepted” Mako’s decision to marry Komuro. However, he added, “I don’t think this is a circumstance where many people are convinced and pleased about it.”

It is regrettable that in the end the negativity regarding the marriage could not be thoroughly dispelled. We hope that the Imperial Household Agency will take this as an opportunity to reflect on whether or not it provided Princess Mako with adequate support.

The Japanese people now need to renew their sense of support for the imperial house, so that the imperial family does not suffer any additional loss of respect.

The Japanese public has come to have deep respect and affection for the imperial family, in part because of its devotion to a wide range of social activities in the country, including welfare, medical care, culture, and sports. In her remarks, Mako-san also expressed her thanks to those people she had encountered through such interactions.

We hope that the people will deepen our understanding of the activities the imperial family is engaged in and revitalize our feelings of support for this institution.