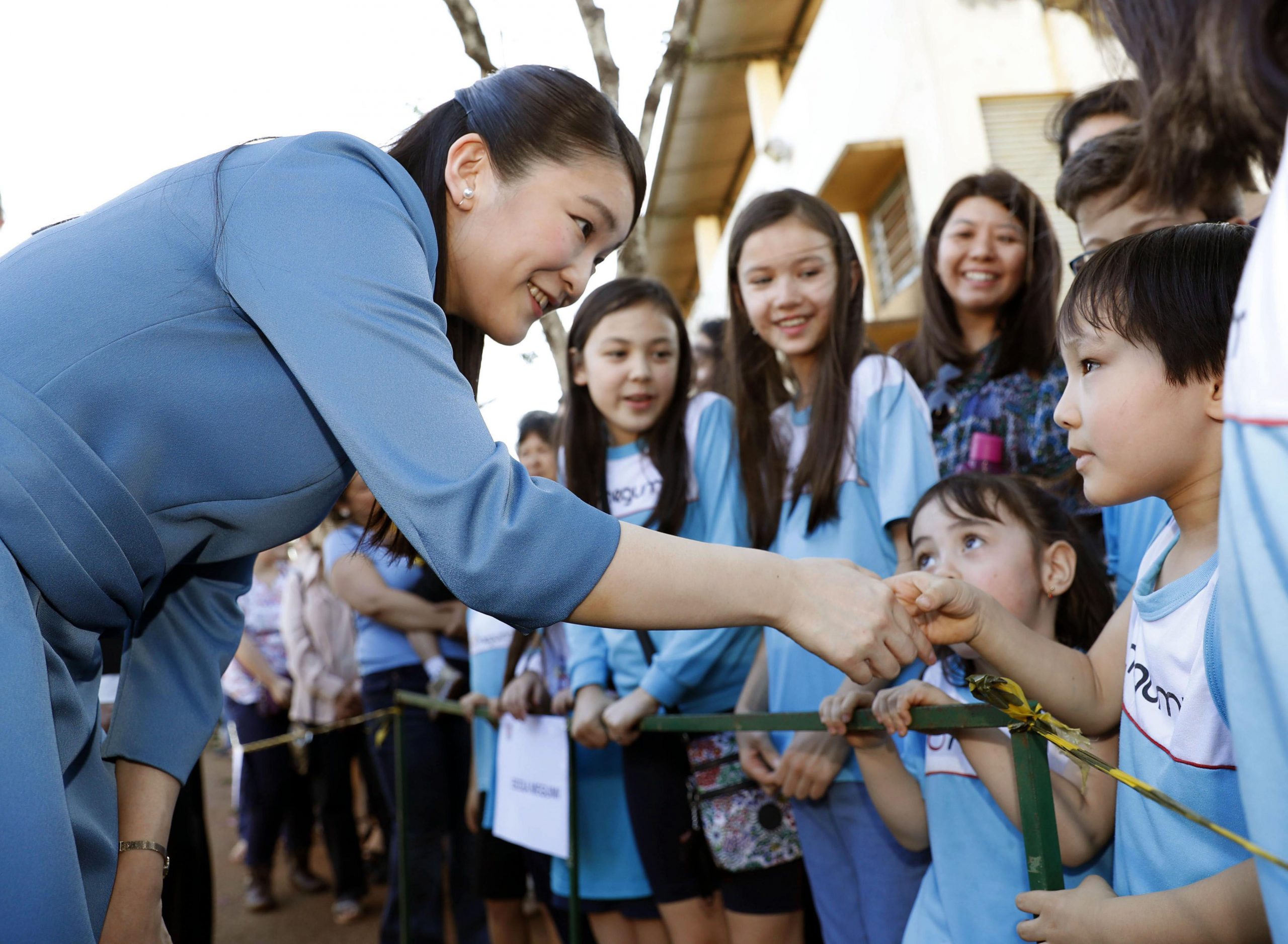 Princess Mako, the eldest daughter of Crown Prince Fumihito and Crown Princess Kiko, is set to marry her fiancé Kei Komuro on October 26.

The wedding will be unconventional. There will be no traditional ceremonies, and Princess Mako will not receive the payment traditionally given to female members of the imperial family upon marrying a commoner.

The Imperial Household Agency is compliant with Princess Mako’s firm intentions, as well as Crown Prince Fumihito’s blessing of the marriage. But at the same time it is concerned about the psychological stress on Princess Mako and that some of the negative opinions surrounding the marriage could spread to other imperial family members. Above all, it is wary of any criticism extending to the imperial family itself. In other words, the wedding plans have presented difficult decisions for the agency.

“Princess Mako’s intentions are firm. It is our job to support her,” revealed a source close to the Imperial Household Agency.

In November 2020, the Princess released a statement via the agency saying that marriage is a “necessary choice (for the couple) to live,” and has frequently made her thoughts known to those around her.

According to the Imperial Household Agency, Princess Mako requested at an early stage, before the wedding preparations started, not to receive the lump-sum payment.

In 2014 and beyond, Crown Prince Fumihito, Crown Princess Kiko, and Kei Komuro were all in consultation with the then-grand steward of the agency.

Moreover, according to the source, the Princess met with agency advisers more than 18 months ago to discuss key matters relating to the Imperial Household, and expressed her refusal to accept the lump-sum payment.

After that, she reportedly revealed her thoughts on marriage in a meeting with senior agency officials. Crown Prince Fumihito’s approval of the marriage at a news conference in November 2020 helped boost the plans, and the wedding preparations went ahead behind closed doors.

Recently, the Imperial Household Agency has been keeping a close eye on public opinion while seeking ways of carrying out related ceremonies.

At a news conference in November 2018, Crown Prince Fumihito said that the betrothal ceremony “Nosai no Gi” could only take place if “many among the Japanese public” become “pleased about the development.”

In a similar conference held in November last year, the Crown Prince added that the Komuro family needed to provide a “visible” response to financial troubles concerning Kei Komuro’s mother and her former fiancé.

Taking all this into consideration, the agency’s grand steward Yasuhiko Nishimura secretly met with a representative for Kei Komuro at the end of last year. Nishimura subsequently went public about the meeting and revealed that both sides had agreed that an explanation about the financial issue would be necessary.

Then, in April, Komuro provided a statement explaining the background and handling of the issue.

Extraordinary Efforts of the Grand Steward

Usually, when a female member of the Imperial Family gets married, the two respective sides handle the matter. It is extremely rare for the grand steward of the Imperial Household Agency to become involved and resolve any problems.

However, even with this approach, many people were still not convinced.

“I don’t think things will improve over time.” Within the Imperial Household Agency, there are fears that negative opinions about marriages such as this one will lead to criticism of the Imperial Family as a whole.

“Princess Mako continues to be under psychological stress, and the Emperor has expressed his concern. A decision needed to be made sooner rather than later, to end the tense atmosphere lingering over the Imperial Family,” revealed one senior official.

Meanwhile, a source close to the agency said they remain concerned: “The Imperial Family’s relationship with the people is built on trust, but won’t this marriage come across as having been forced through?” – referring to the decision to carry out the marriage now.

Some are also worried that this marriage might affect future marriages involving the Imperial Family. “We would like other members of the family to think calmly about marriage in the future,” said another senior agency official.

Two experts on the different roles of members of the Imperial Family also weighed in on the question of why there was public interest in Princess Mako’s wedding, and what roles the public might expect of Imperial Family members after their marriage.

If a female member marries a male commoner, that member leaves the Imperial Family, but she does not switch from being a public person to a completely private person. “That person takes on a quasi-public status, and will still play a role through participation in imperial ceremonies and related events. However, if a princess marries without going through any official ceremonies [as Princess Mako proposes to do] then I doubt she would be able to take on the quasi-public status.

“I would like Princess Mako and Kei Komuro to realize that the Princess will still be a quasi-public person after marriage. There are few female members in the Imperial Family, and proposals are being considered as to how Princess Mako can continue her official duties after getting married.

“Kei Komuro will also need to maintain dignity as he operates in the public domain. In such cases as this one, marriage is not something that should be selected based simply on free will.”

According to Associate Professor Hideya Kawanishi of the Nagoya University Graduate School, “It is extremely rare to see an Imperial Family member get married without any ceremonies such as Nosai no Gi.

Crown Prince Fumihito’s desired state of many people being in favor of Princess Mako’s marriage to Kei Komuro has not been reached, and there will be no ceremony at which the Imperial Family can fully give its blessing.

On the other hand, Princess Mako has shown consideration of the national sentiment by refusing to accept the lump-sum payment.

I think that many youngsters can probably empathize with the idea of sticking to one’s intention and marrying the person you want to marry. However, since the Imperial Family moved from the Heisei era to the Reiwa era, it has placed a higher value on “public” duty than “private” considerations. Pursuing a marriage that prioritizes “private” first is like going off course, and could invite criticism upon the entire Imperial Family.

The difficulty of balancing respect for the individual with the public role of the Imperial Family has become obvious. This marriage, and similar subjects that have not been discussed before, should be taken up as issues in the future.”

(Read the Sankei Shimbun special report in Japanese at this link.)