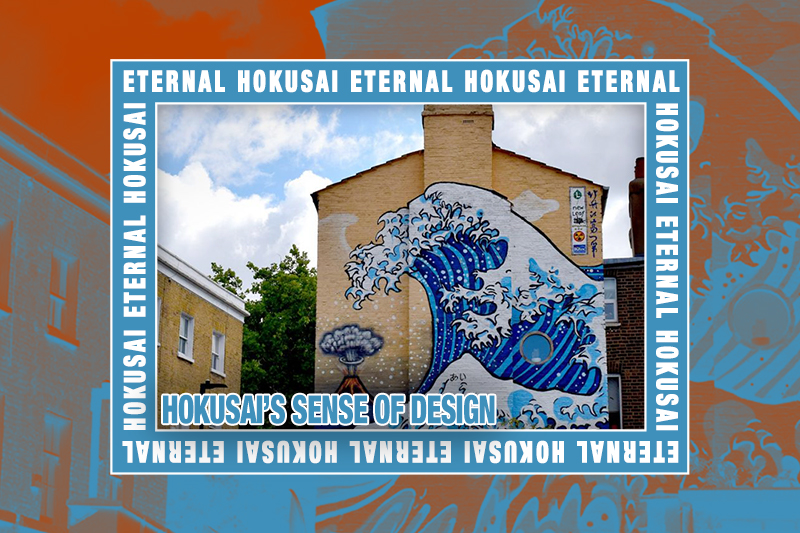 Part 2 of a series marking the artist’s 260th anniversary

Studying Hokusai’s art for years, I have come to understand why it still resonates so much with us today: His brilliant sense of design. From fashion on the catwalk to vases, and the walls of houses in London, Hokusai’s captivating designs can be used to decorate almost anything.

Throughout his life, Hokusai kept on improving his art by sketching endlessly. In the early 19th century, he started publishing these illustrations in a series of books: Hokusai’s Sketches. The series became an enormous bestseller in his time, and even continued to be published for decades after he passed away in 1849.

After the opening of Japan’s ports in the 1850s, Hokusai’s Sketches soon made its way to Europe and the USA. Within only a few decades, American interior designers and French manufacturers of vases, tableware, and all kinds of furniture realized the designs from Hokusai’s sketchbook made for great motifs on their products. 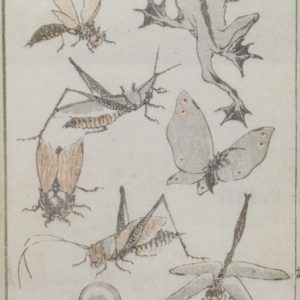 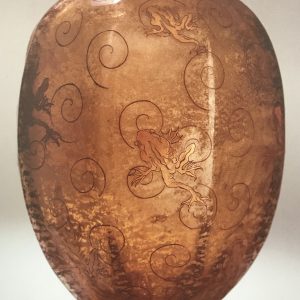 During a visit to the Kyoto Museum of Traditional Crafts, I understood why Hokusai’s designs fit the products of Western designers and manufacturers so well. Hokusai was familiar with product designーhe already designed accessories and textiles in his own time! One of the items exhibited at the museum was a tobacco pipe designed by none other than Hokusai himself.

Hokusai’s illustrations for various kinds of objects were published under titles like Modern Designs for Combs and Tobacco Pipes, a set of two small booklets featuring around 400 images that artisans of combs and pipes used to decorate their products. In other words, when people in the West started to use his illustrations, Japanese artisans had already been decorating their crafts with Hokusai’s art for over half a century.

Japanese artisans managed to get their hands on a copy of Modern Designs for Combs and Tobacco Pipes because they were relatively affordable. Basically anyone, from the emperor to low-class artisans, were able to buy pictures designed by Hokusai. Due to their popularity, and vice versa, many of his work were reproduced many times over. This made pictures like the “Great Wave”, which was probably reproduced around 8,000 times, cheap enough for basically anyone to get a copy.

Turning Design into a Marketable Product

How were prints like the “Great Wave” made? First, a print designer or publisher would come up with a theme for a print or an entire series. Especially in case of a print series by a popular designer like Hokusai, the title would be advertised in books in advance. The artist then made a preparatory drawing, which was sent to the publisher.

At the publisher, a carver would prepare multiple blocks for different colors. Following the instructions of the artist, the printer applied pigments to each of these blocks, and one by one he printed the colors onto a piece of a paper. This printing would be repeated until demand, or the block had faded. 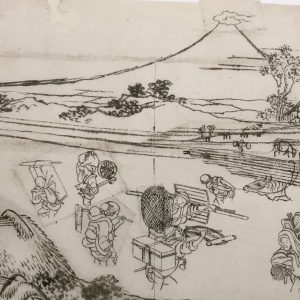 Aware of how easy it was for most people in Japanese society to obtain woodblock prints, and due to his many depictions of common people, Vincent van Gogh termed Hokusai “Artist of the People.” This name is not entirely unjustified, but it is important to realize that Hokusai not only designed affordable woodblock prints. He also had powerful patrons in the highest layers of society, for whom he usually made paintings or limited editions of lavishly printed books and albums. His patrons incidentally included the shogun, and at one point even the Emperor.

The wide appeal of Hokusai’s art, available to almost anyone in Japan, would be unthinkable in much of Europe at that time. In Europe, paintings and decorative arts were carefully differentiated as art and crafts, and generally designed by different people.

However, in Japan, people from all layers of society, from farmers to the emperor, enjoyed Hokusai’s sublime sense for design that contributed to the enduring appeal of his art.

Frank Witkam is an associate fellow in the department of curatorial planning at the Tokyo National Museum, and part-time lecturer of Japanese art history at Rikkyo University.