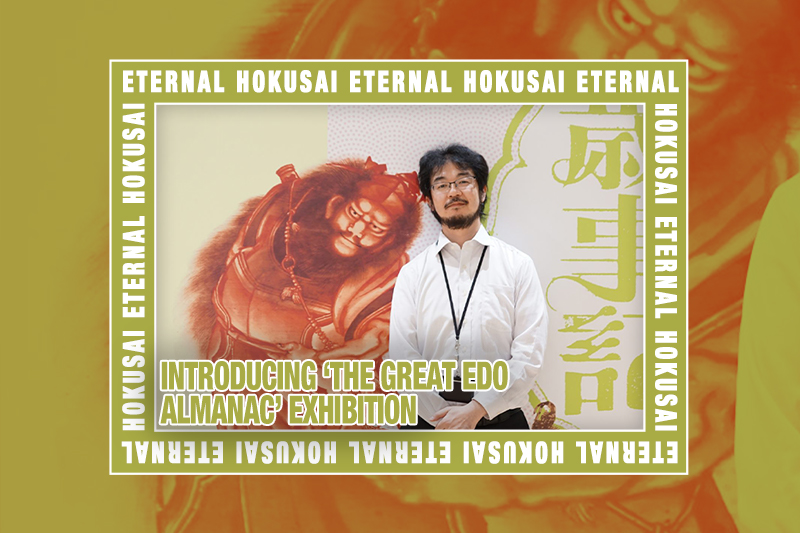 Part 3 of a series marking the artist’s 260th anniversary

It is an honor to take part in presenting the series, ‘Eternal Hokusai’. I am Makoto Takemura, a curator of The Sumida Hokusai Museum.

This time, I would like to introduce The Great Edo Almanac, The Sumida Hokusai Museum’s current exhibition featuring works by Hokusai and his disciples centered on the four seasons. (June 30–August 30, 2020).

In Japan, people have long valued the seasons and held events in turn to celebrate their arrival. Today, winter in Japan lasts from January to March, spring from April to June, summer from July to September, and autumn from October to December.

However, in the past, Japan did not use the Gregorian, but the lunar calendar. Back then, spring started in the 1st month, summer in the 4th, autumn in the 7th, and winter in the 10th month of the year.

Today, we feel the rhythm of the year passing through various events held at fixed times each year. This was no different for people in the Edo period (1603–1868), the time when Hokusai lived.

In this exhibition, we focus on such annual events and introduce daily life in Edo (present-day Tokyo), as drawn by Hokusai and his disciples. Each of these events was held to pray for something specific, like peace, or the healthy growth of children.

In addition, we are also exhibiting works showing street sellers and other figures and events in Edo related to the seasons. Through this exhibition, we hope that you will get a feeling of the passing of a year in Edo over 150 years ago, and think about the way people lived back then.

In the Edo period, seasonal vendors and street performers visited peoples’ homes. During the New Year, duos of Manzai performers traveled from home to home. The left figure in this painting by Hokusai is known as the tayū, and the right one is called the saizo.

These performers would sing celebratory songs at the gates of renowned families for modest financial rewards. Families looked forward to their performances because the saizo would make jokes during the song. Saizo usually gathered in the southern area of the district Nihonbashi at the end of the year to look for a tayū counterpart. Due to the large gatherings of saizo in this part of the city, the area was also referred to as the Saizo District.

The Tango festival fell on the fifth day of the fifth month of the year. Families with boys in their household would display banners with images of the Demon Queller, a symbol of strength, and their family crests, along with carp streamers. Inside, houses were decorated with helmets and banners.

From the previous day, iris would be placed in front of the house, and children wore swords made of iris leaves that they played with. Iris were considered auspicious because the pronunciation of their Japanese name, shobu, resembled the words meaning “for men to admire martial arts” and "contest".

Hokusai painted this Demon Queller when he was 87 years old. The Demon Queller was often painted in red to pray for the prevention of illnesses common among children, such as smallpox. The painting is not entirely composed of red pigmentーthere are traces of ink around the eyes, mouth and hair, showing it was carefully devised by Hokusai.

The 7th day of the 7th month is Tanabata. It is said that once a year on this day the Weaving Princess and the Cowherd stars (represented by the stars Vega and Altair) meet across the Milky Way.

During Tanabata, girls would pray to the weaving princess to improve their handicrafts. As seen in the picture from Hokusai’s book illustration, people in Edo also tied strips of paper to bamboo and placed them on their roofs from the day before Tanabata. 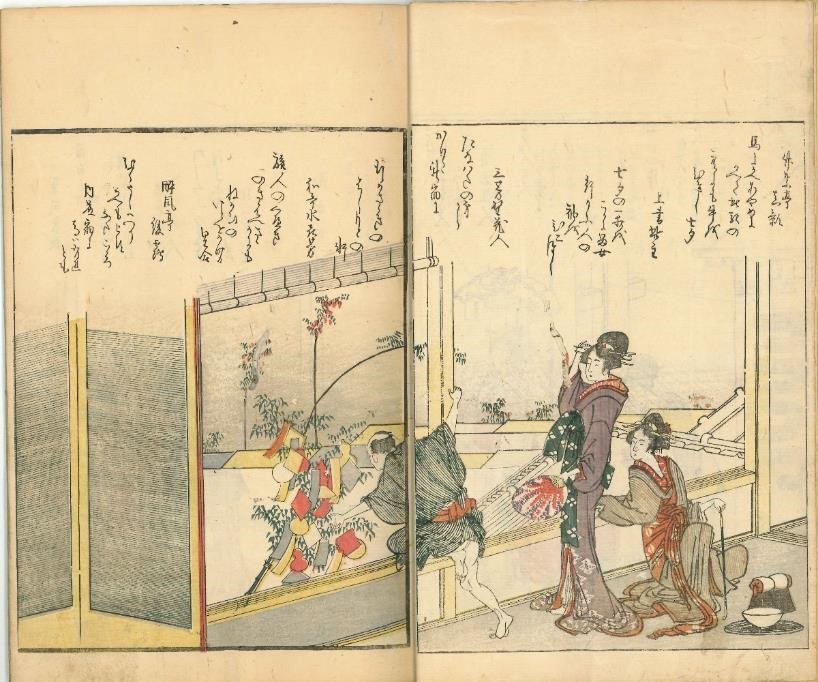 In the eleven month of the year, the three big kabuki theaters in Edo (Morita-za, Ichimura-za, and Nakamura-za) and famous theaters in Osaka and Kyoto, shuffled their actors and had them sign new contracts for a period of one year. The performance in which the new actors were announced was known as the kaomise kyōgen (“face-showing performance”).

This print was part of a series titled Newly Published Perspective Pictures, of which 13 prints are known to exist today.

The feature photo (top of article) is one of these. It depicts crowds heading to the kaomise kyōgen performance of the 11th month. At the theaters, signboards with the names of the actors and their family crests appeared on it. The signs with crests only appeared for this special seasonal event. 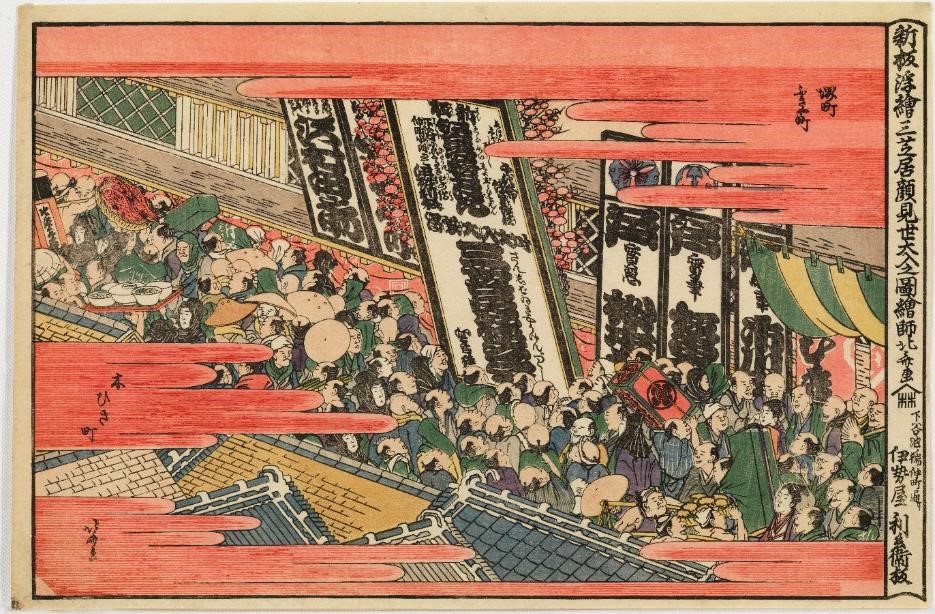 Where: The Sumida Hokusai Museum

COVID-19: Measures to prevent the spread of COVID-19 are in place.

Please check the museum's website for the latest updates as museum hours are subject to change due to COVID-19.

Access: The museum is highly accessible by JR trains,

Tokyo Metro and Bus, including access for mobility challenged visitors. Information on access can be found here.

Artwork: The museum offers a bilingual list of works in the exhibition.