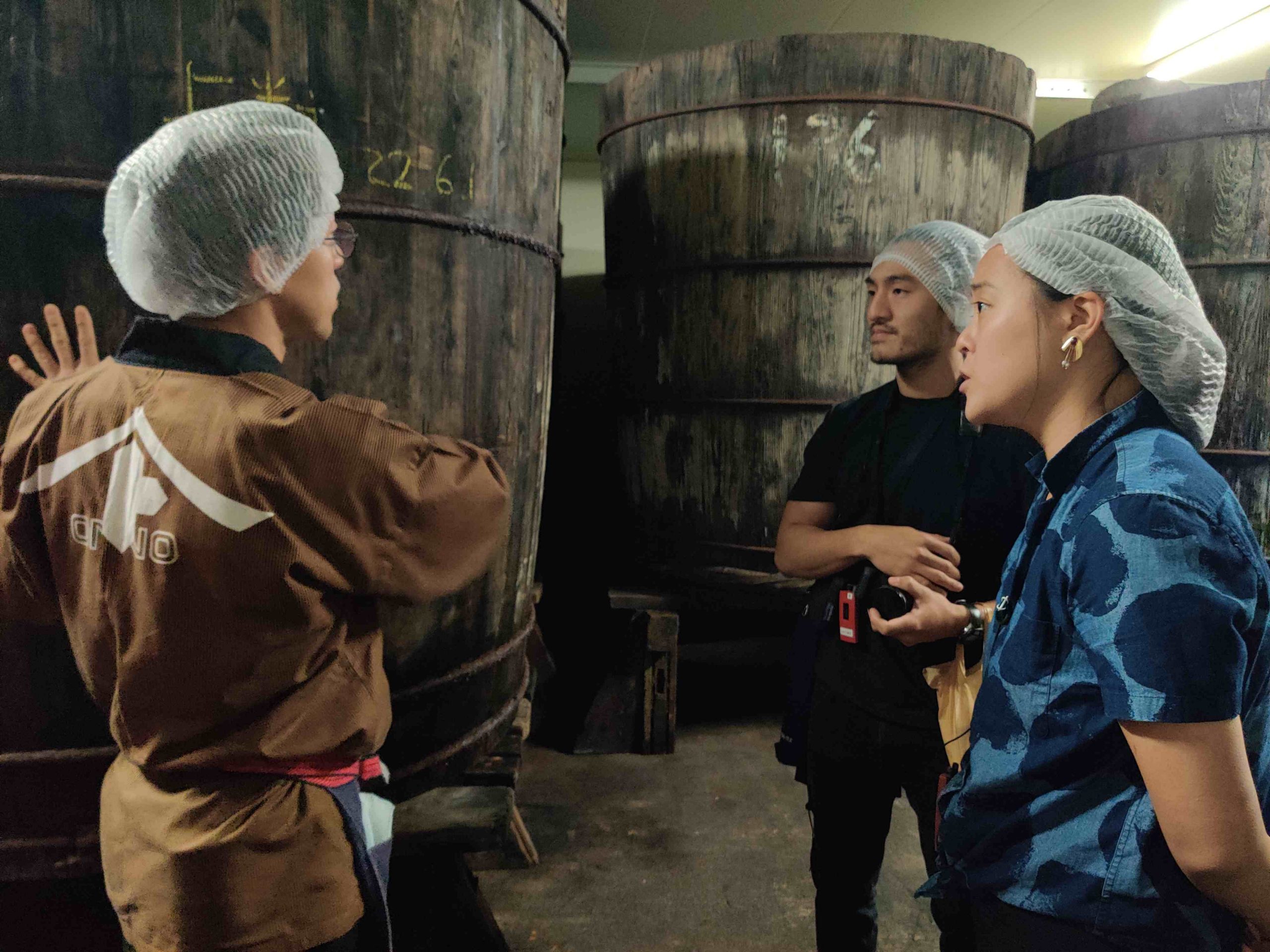 Miso, soy sauce, sake, and pickles. Visit any Japanese household and you'll invariably find some in the pantry or fridge.

These Japanese staples share a secret that gives them their mouth-watering umami flavor: fermentation. And it has gained new prestige as Michelin-star chefs and cookery writers turn their attention to the culinary magic.

Recently, JAPAN Forward reporter Arielle Busetto conducted a thorough investigation of Japan's fermented food culture (aka tasting everything on a special tour with the top echelons of the food industry). You can read about it in the past week's most-read article, "'Napa Valleys' of Japan: Fermentation Tours as New Attraction."

Wine lovers would recognize Napa Valley as a celebrated wine region in California, United States. But what about the "Napa Valley" of Japan?

Japan has concocted an impressive range of dishes by fermenting ingredients. These include rice, soybeans, wheat, vegetables, and fish using koji (aspergillus oryzae mold). But the idea of fermentation is found in other countries too, which is why we have wine and cheese.

So why has Japan's fermentation culture in particular sparked interest among the crème de la crème of the culinary world?

Takashi Sato is the president of San-J International, a maker of gluten-free tamari soy sauce in the United States. He believes that Japanese fermentation techniques are one of the oldest and most sophisticated in the world. And Western food experts have caught on.

The Enormous Potential of Fermentation

In response to fervent requests for an opportunity to experience and learn about Japan's fermentation techniques, Sato co-organized a special tour.

Among the 23 participants were Michelin-star chefs from the US, acclaimed food writers, leaders in the food and drink industry, and connoisseurs producing food and beverages in their spare time.

The tour from October 8 to 10 took the team to Toyama, Fukui, and Kanazawa to learn first-hand from the makers of natto (fermented soybeans), soy sauce, miso, sushi, and sake.

At each destination, the team savored the excellence of Japan's fermentation culture.

An exclusive visit to Shijimaya-Honpo offered the participants a taste of Kabura-sushi, which is fermented radish sushi packed with umami, and an opportunity to experience pickling with koji.

Kohei Yamamoto of Yamato Soysauce and Miso Co said, "Fermented products derived from koji are a part of daily life in the area of Kanazawa. But they are also incredibly good for healthy digestion."

Sake brewer Fukumitsuya's motto is "tradition and continuing innovation." The company has even channeled the benefits of sake into skincare cosmetics.

Participants were evidently impressed by the endless possibilities of koji fermentation, including its potential in the vegan food industry.

Embracing the Old with the New

To breathe new life into the industry, Sato of San-J hopes to promote fermentation tours in Japan, just like the wine tours of Napa Valley. This could open new doors for the future of Japan's fermentation culture, ensuring the survival of traditional manufacturers 100 years from now.

Sato's ultimate goal is to usher in a phenomenon he describes as "pasta with natto" (delicious for those who love it) — a new fermentation culture that connects Japan with the world.

Although fermentation technology is indispensable to Japanese cuisine, the true gems of Japan are the pioneers who propel their traditions into the future.

New opportunities have surfaced as Japan finally reopens its borders to tourists. Many of whom are eager to take advantage of the exceptionally weak yen.

JAPAN Forward will continue to share the challenges and rewards of Japan's cultural entrepreneurship.

Watch for the next issue on November 21.

There will be an in-person get-together with JAPAN Forward Editor-in-Chief Yasuo Naito on November 1 (Tue.) from 6 to 8 p.m. at the Reiwa Academy Club in Shinbashi, Tokyo. The fee is 3000 yen, and a reservation is required. Places are limited to 10 people on a first-come, first-served basis. To apply, please visit the club's website.