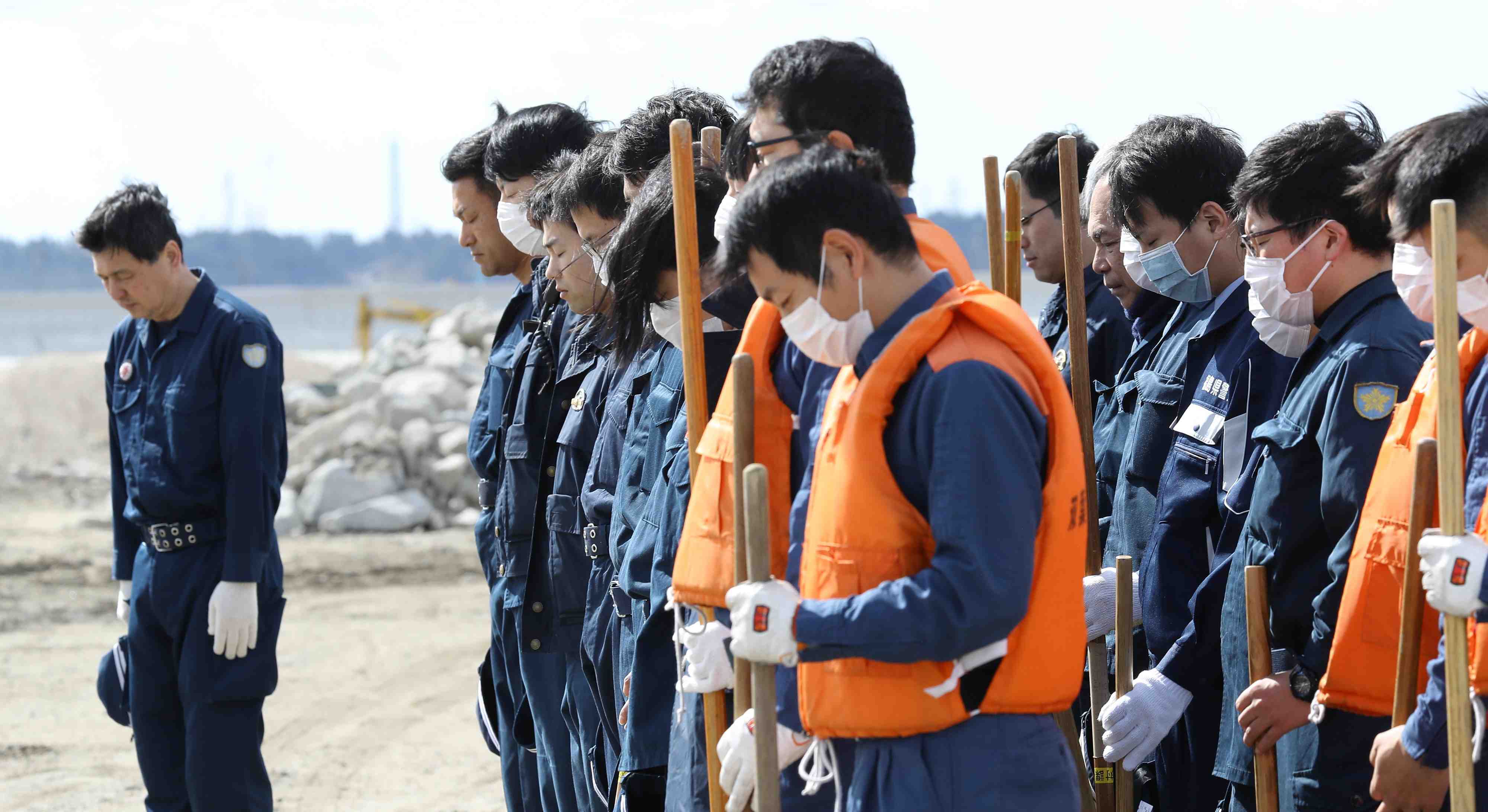 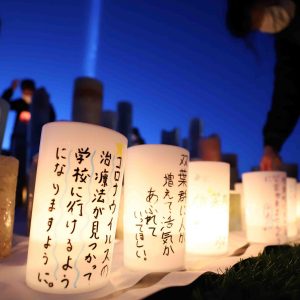 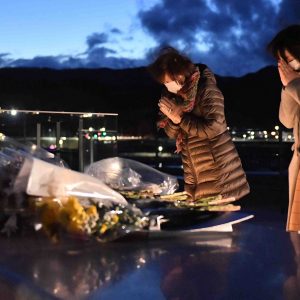 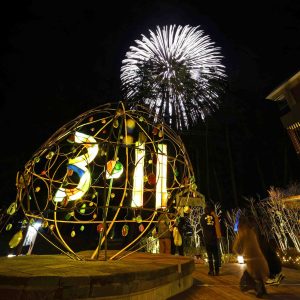 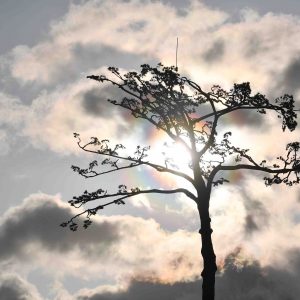 Alone and proud, survivor of the earthquake and tsunami 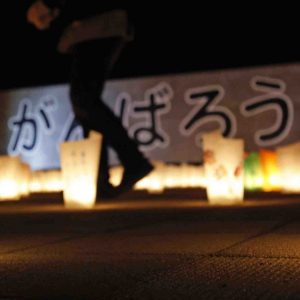 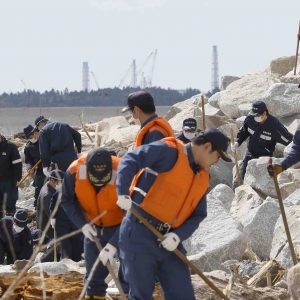 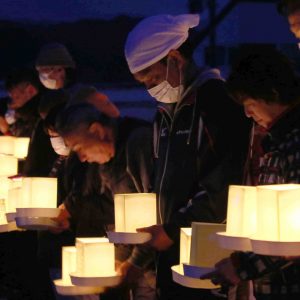 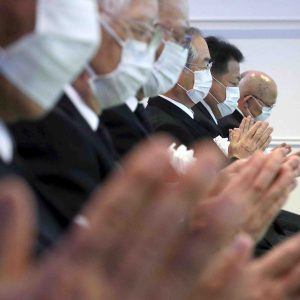 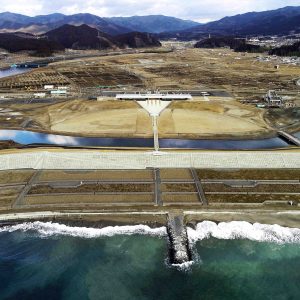 The earthquake and tsunami hit here 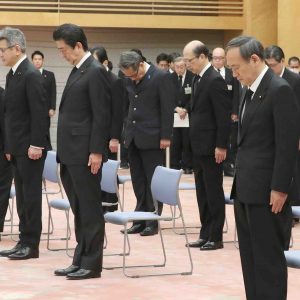 Prime Minister, Cabinet members and others honor victims of 3.11 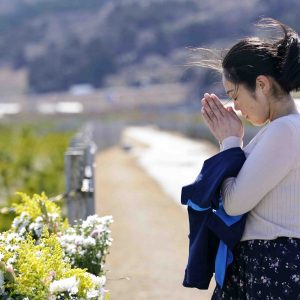 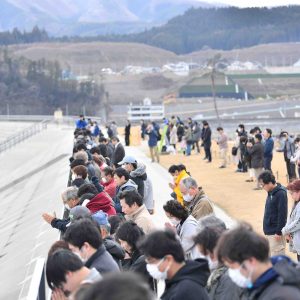 For many, the news has only meant the dominance of the topic of coronavirus for the past few months.

However, on March 11, Japanese stopped to commemorate something else in recent history: 3.11, or what is commonly referred to in Japan, the Great East Japan Earthquake.

Reminders of the March 11, 2011 earthquake and disaster are a part of daily life in Japan, from the memorial tunes played on NHK to the discussions of radiation levels in agricultural and seafood products, closely followed by health-conscious Japanese. However, the coronavirus has overwhelmed the news and changed daily habits.

As a consequence, the Japanese government called off the public memorial which was supposed to take place on the day in order to curb the spread of the virus, and the scale of the ceremonies in the local governments was also significantly reduced.

As the clock struck 2.46 PM, a minute of silence took place at the Prime Minister’s memorial. Moments of silence were also held locally in the area most directly impacted by the 2011 disaster, for example in Fukushima and Iwate, as well as at personal memorials remembering friends and family.

Prime Minister Shinzo Abe again expressed his condolences to the victims, and all who suffered, saying:

It has been nine years since the Great East Japan Earthquake, which created so much damage. If I think of those who lost their loved ones, their family members and their friends, I am overwhelmed with sadness. To those people I would like to express once more my heartfelt condolences, and my wishes go out more widely to all those affected by the disaster.

Abe continued by addressing the following steps the government is taking toward the full recovery of the region, including those affected by the nuclear disaster at Fukushima:

We will continue to support and improve the conditions so that people affected by the nuclear disaster can go back to normal life as soon as possible.

His words are particularly important as next year marks the end of the recovery plan first drawn up by the Naoto Kan administration in 2011, which called for practical elements of the recovery to be carried out over a span of ten years following the disaster. However, to this day, over 48,000 people remain in temporary housing following the disaster.

Iwate Governor Takuya Tasso said a few words to those more closely affected by the disaster with his remarks:

There is no way of easily healing the hearts of those affected, but I will continue working hard to set up a structure which promotes and protects welfare while caring for each other, so that we leave no one behind.

Today it is nine years since the disaster, but there are still those who suffer. We will not stop from now on, and I swear to work as hard as I can towards full recovery.

The evacuation order for the city of Futaba in Fukushima Prefecture was lifted just on March 4, only weeks before the Olympic torch relay will pass through the region in the leadup to the Tokyo 2020 Olympics and Paralympics. Part of the city still remains out of bounds, however, and will only be fully accessible in 2022.

There is still debate on the issue of contamination from the nuclear disaster. Slander campaigns were started in South Korea, among other places, suggesting Fukushima is a threat to Japan’s food supply, and to Japan’s success in hosting the Tokyo 2020 Olympics and Paralympics.

Locals have reiterated many times that the region’s recovery from the nuclear fallout that accompanied the 2011 disaster. They have repeatedly brought attention to the food, the traditions, the history, and the strength in the recovery. The International Atomic Energy Agency also released a report late in 2019 applauding the safety standards and approving the testing of food coming from the nearby region.

An exclusive poll of the governors and politicians of the three prefectures most affected by the disaster, conducted by The Sankei Shimbun, also found that most feel that the Tokyo 2020 Olympics and Paralympics games are linked with the recovery of the region.

However, a poll conducted by NHK of almost 2000 respondents in the Tohoku region found that nearly 80 percent thought that the memory of disaster was “fading”' in recent years, and that more awareness should be brought to disaster prevention.

Next year will mark 10 years since the infamous natural disaster. Yet, many questions about prevention and recovery are being discussed to this day.

The events of March 11, 2011 are known in collective memory as the triple disaster: earthquake, tsunami, and nuclear disaster.

More than nine years ago on Friday March 11, a massive earthquake struck, with the epicenter just off the coast of Northeast Japan. With a magnitude of 9.1, it was the strongest earthquake ever recorded since records were started in the 19th century.

The most heavily affected areas were Iwate, Fukushima, Miyagi prefectures in Northeast Japan. But, the powerful earthquake was felt far more widely, even in the capital city Tokyo 300 km away, and allegedly felt as far away as Russia, Taiwan and China.

The quake caused a “mega-tsunami” with a wave more than 10 meters high, which traveled inland more than 10 km, hitting Sendai and the coastline in Miyagi prefecture particularly hard, but also causing devastation in Iwate, Fukushima, Chiba and Ibaraki prefectures.

In the aftermath of the disaster, kilometers of devastation faced those who survived. With no electricity or water, hundreds of thousands of dwellings were destroyed or simply disappeared. The death toll was up to 15,000 in the immediate aftermath, with a further 3,700 disaster related deaths afterwards. Thousands are still unaccounted for, causing the total deaths to reach 22,000.

One of the major aftermaths was the nuclear disaster at the TEPCO Fukushima Daiichi Nuclear Power Plant, which was first flooded by the March 11 tsunami that followed the earthquake, and then unfolded into a nuclear disaster in the days following March 11.

The damage caused by the tsunami to the generators of the nuclear power plant damaged the cooling system, resulting in partial meltdown of the reactors. The consequential buildup of hydrogen caused an explosion in the outer building of the reactor, followed by the leak of radiation contaminated materials into the surrounding air and water.

Because of concerns over radiation, an evacuation zone was established. Japan nuclear regulators also initially placed food coming from Fukushima in the high risk category. Another contentious issue has been how to dispose of the soil or the water which has been contaminated by the radiation.

Since 2015 however, when the Japanese government declared the area to be safe to live in with exception of an evacuated area, people have been gradually moving back.

More recently, in December 2019, a joint report with the FAO and the International Atomic Energy Agency declared that Japan’s safety standards for testing food from the area affected by the disaster were “completely credible.”  The report thereby reinforced belief in the safety of the region’s food products.

Numerous campaigns were initiated aimed at familiarising Japanese and others with the region’s food products, cuisine and culture. In November 2019, at the annual Sakana Matsuri (Fish Festival) in Tokyo, delicacies and recipes from Tohoku region were promoted by one such campaign, with the slogan “Let’s Eat Joban Mono from Fukushima!”.

Fukushima is a region and a city, not merely a nuclear power plant. These types of projects aim to improve the image of Fukushima to the international community. They also hope to encourage young Japanese to come back to the region and help with the economic recovery there.

Elsewhere, the Kamaishi Recovery Memorial Stadium in Iwate Prefecture, one of the worst hit areas in 2011, hosted some of the 2019 Rugby World Cup matches during the first RWC tournament ever held in Japan or Asia. In the popular imagination, a region that was once only associated with “nuclear disaster”, is now considered resilient in its recovery.