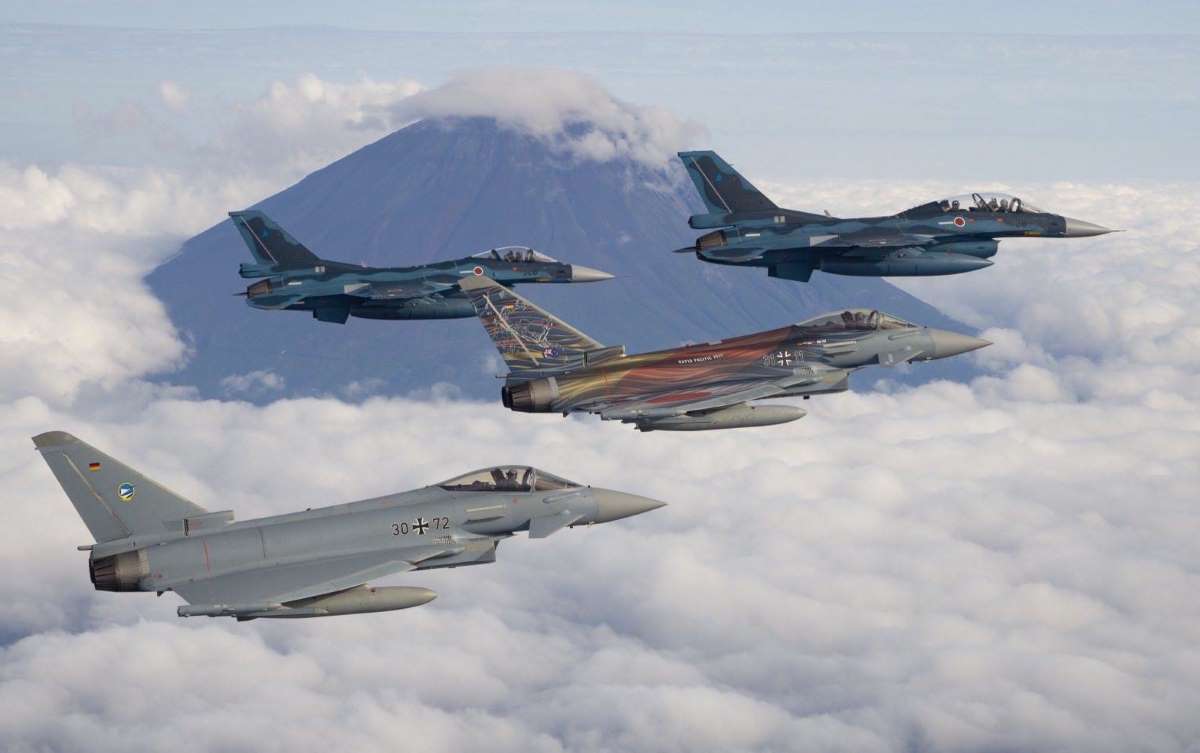 The jets landed at the Japanese Air Self-Defense Force’s (JASDF) Hyakuri Air Station in Ibaraki Prefecture. Staying in Japan until September 30, the Luftwaffe fighters engaged in joint training exercises in Japanese territory with two JASDF F2 fighters and others for the first time.

Lt Gen Gerhartz piloted his fighter jet for about eight hours from Singapore. With its specially painted fuselage, it was brought to a halt at an apron while water cannons welcomed the Team Luftwaffe with spray.

As the aircraft’s canopy opened,Lt Gen Gerhartz waved his hands and greeted members of Japan's Air Self-Defense Force and others who were receiving the German guests.

Standing Together East and West

Germany's deployment of Luftwaffe aircraft was symbolic of a series of training exercises the German Air Force is conducting for the first time in the Asia-Pacific region. Taking part in exercises throughout the region over the three months from August to October, are six Eurofighter jets, four A400M transport planes and three A330 MRTT (Multinational Multirole Tanker Transport) aerial refueling/transport planes.

In a press conference in Tokyo on September 29, Lt Gen Gerhartz said, “I decided to pilot the fighter jet on my own as I believed it important for all of us to appreciate the value of the training operations by participating as a team."

Referring to the significance of the Japan exercises, he added, "Piloting the plane in person in my capacity as chief of the German Air Force, also shows the importance Germany attaches to its relationship with Japan."