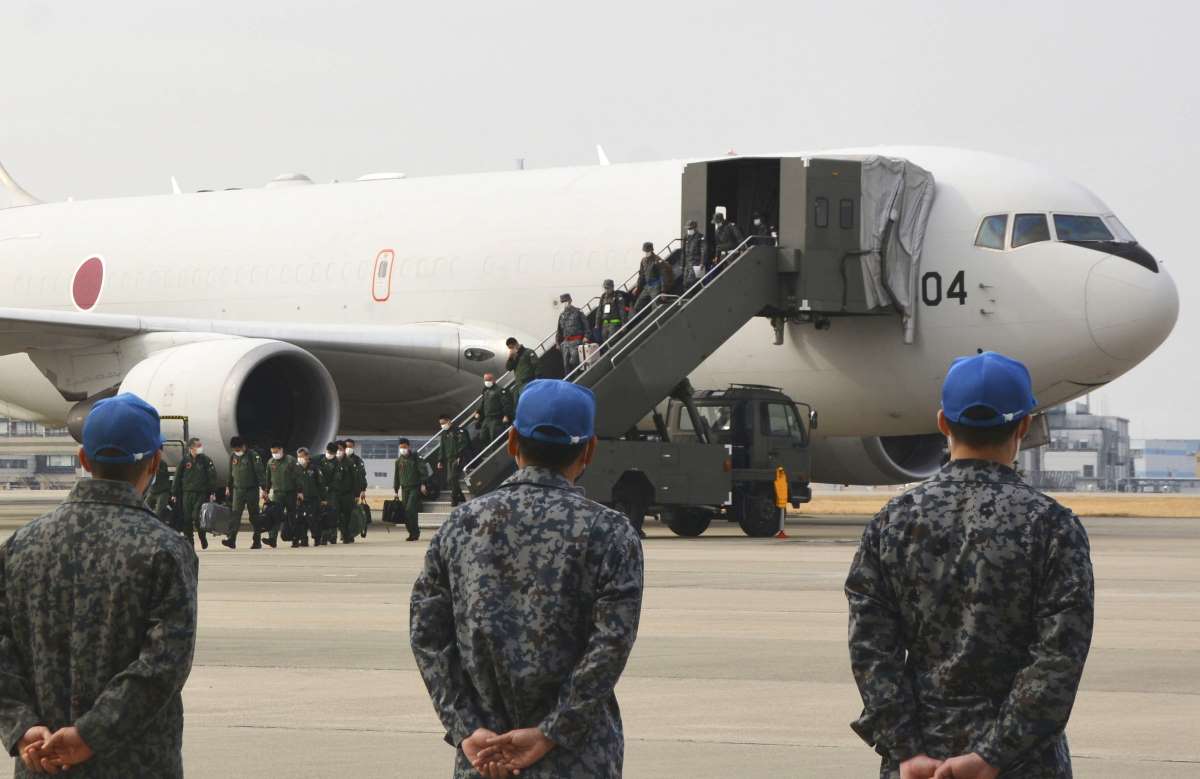 The Aichi Prefectural Government has been imposing takeoff and landing charges on aircraft of the Japan Air Self-Defense Force (ASDF), it was learned on October 8.

Nagoya Airport in Aichi Prefecture, which is operated by the prefectural government, sits next to Komaki Air Base, home of the Air Rescue Wing of the Air Self-Defense Forces. ASDF transport and other aircraft share the runway with the airport's civil flights.

The amount of fees collected from 2005 through FY2021 is approximately ￥14 billion JPY ($96 million USD), according to knowledgeable sources.

According to the ASDF, there are 7 bases across the country where runways are shared with civilian aircraft instead of being used exclusively for ASDF planes. But the only place where takeoff and landing fees have been levied on ASDF aircraft is at Nagoya Airport.

Analysts have pointed out that imposing fees on such military aircraft is “unprecedented in any other parts of the world.”

In an event of invasion of the Nansei Islands by China or a contingency involving Taiwan, Komaki Air Base is expected to be involved in transporting residents of the remote islands and Japanese citizens living in Taiwan, while concurrently conducting air-to-air refueling operations.

Following the opening of Chubu Centrair International Airport in Tokoname, Aichi Prefecture, in 2017, the management of Nagoya Airport was shifted from the national government to the prefectural government. This was in response to requests from local residents to keep the airport alive.

Before the transfer, the airport had been managed by the Ministry of Transport, today’s Ministry of Land, Infrastructure, Transport and Tourism, since 1952.

Under the ministry's management, there were no takeoff and landing fees. Fees on ASDF activities began from the time of the shift of management to the prefectural government.

Aichi Prefecture charges the ASDF takeoff and landing fees based on its "Nagoya Airfield Ordinance." In FY2021, these charges amounted to ￥850 million JPY ($5.8 million USD), the sources said. Moreover, the prefecture charges an extra fee for ASDF use of the runways outside of the airport’s regular operating hours, from 7 AM to 10 PM, they said.

The prefecture says that it is collecting the fees "for repairs and expenses in maintaining the runway." Therefore, it goes on to explain, fees are collected even when the ASDF flights taking off from or landing at Nagoya Airport are doing so to address a national emergency.

According to a former official of the Ministry of Defense with knowledge of the history and background of the transfer, the national government initially favored transfer of the airport’s control to the Self-Defense Forces.

However, there was a surge of voices in opposition from local residents. The argument was that ASDF control would lead to undue strengthening of the powers of the Self-Defense Forces. As a result, the idea of the prefectural government taking control of the airport emerged.

Yet, while Aichi Prefecture is the manager of the airport in name, it does not have the capacity to handle the air traffic control or firefighting responsibilities that are part of the airport's operation. Therefore, these tasks have been entrusted to the ASDF.

Left only with maintenance of the runway, the prefecture nevertheless demands fees for its upkeep from the Self-Defense Forces.

Initially, the Ministry of Defense and the SDF put up strong resistance, insisting that it was unreasonable to leave air traffic control and firefighting services up to the ASDF while nonetheless collecting takeoff and landing fees for use of the runway. But eventually the prefecture prevailed.

A high-ranking national official has questioned the prefectural government position, saying, “I’ve never heard of any other case anywhere in the world where the organization tasked with defense of the country is handed responsibility for air traffic control and other duties, and then required to pay take off and landing fees.