Hayabusa2 Departs from Asteroid Ryugu, Expected Back on Earth by End-2020 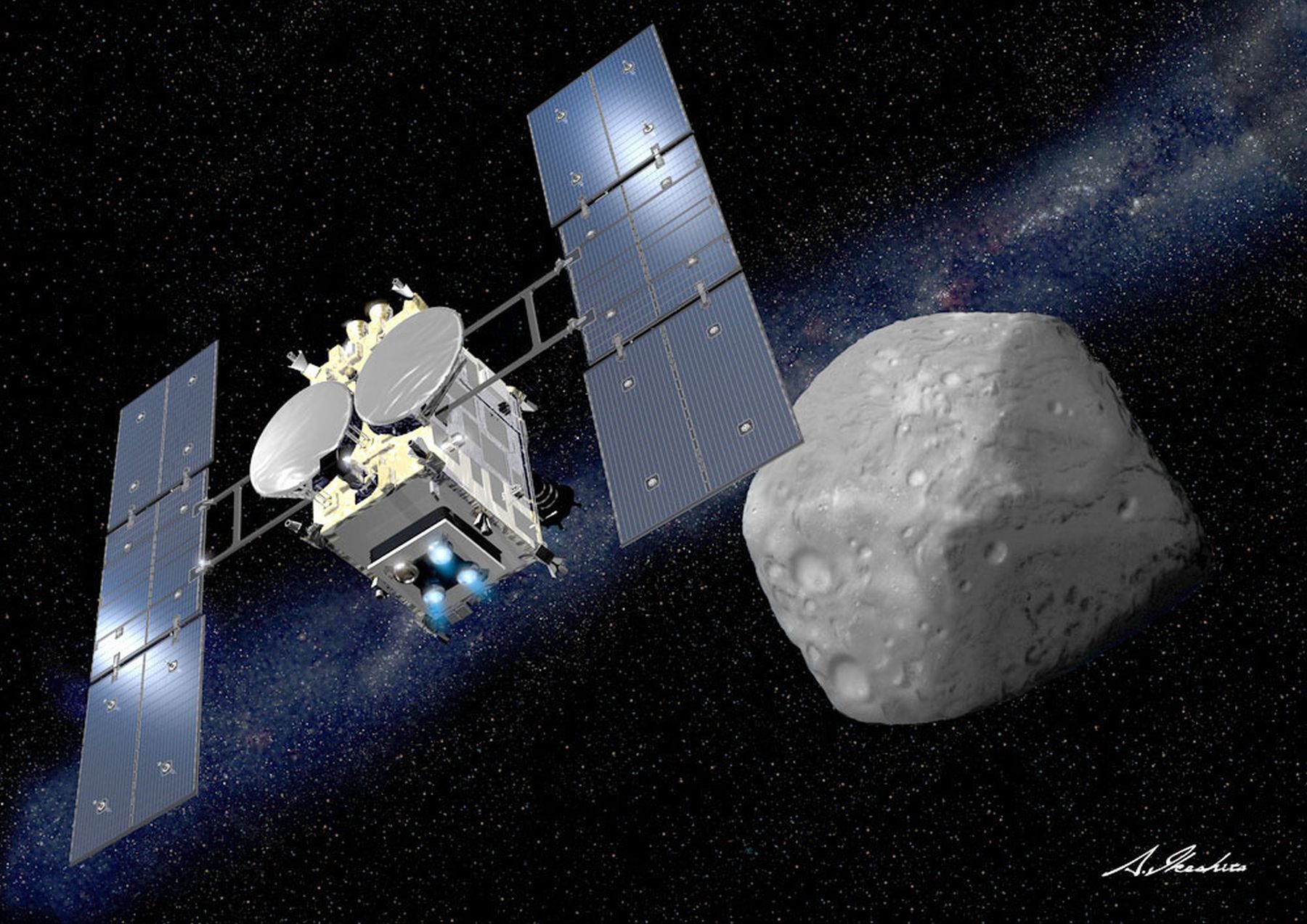 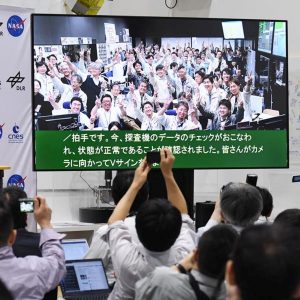 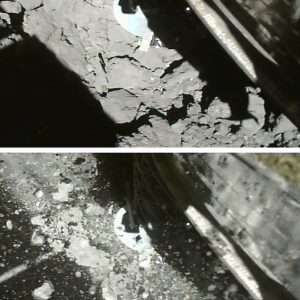 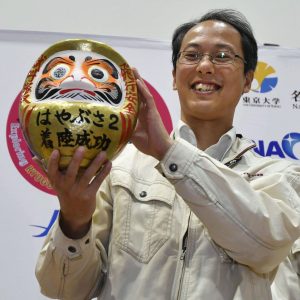 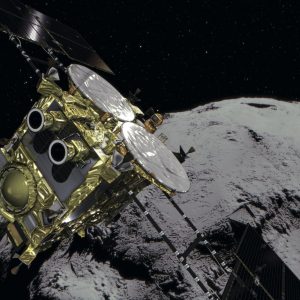 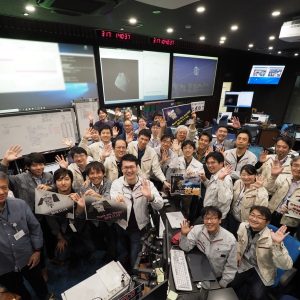 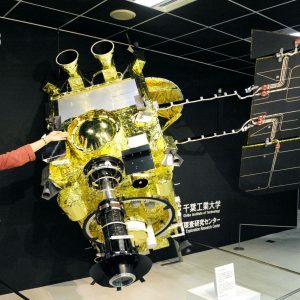 Japan’s space agency announced that its Hayabusa2 space probe departed from asteroid Ryugu at 10:05 A.M. on November 13, 2019, Japan Time, embarking on its homeward journey to Earth.

After traveling some 800 million kilometers, the space probe will complete Japan’s second round trip mission with robotically collected asteroid samples when it returns to Earth for the first time in six years, the Japan Aerospace Exploration Agency (JAXA) said.

According to JAXA, the robotic spacecraft started up its engine for performing an attitude control maneuver in response to signals sent from Earth, and began to move away at a speed of 9.2 centimeters per second from its position about 20 km above the Ryugu asteroid. Agency researchers said they had confirmed that Hayabusa2 was functioning flawlessly.

Starting from December 3, Hayabusa2’s ground team is scheduled to commence continuous operation of the space probe’s ion engines, accelerating its speed in preparation for the full-fledged operation for its return travel. When it reaches Earth’s atmosphere, the spacecraft’s capsule holding the substances collected from Ryugu will be detached from the probe and come back to Earth. The capsule is predicted to land in a desert of Australia.

Yuichi Tsuda, the mission manager of JAXA in charge of the Hayabusa2 project, said: “We are now starting to guide Hayabusa2 on its departure from Ryugu. It has provided us with highly precious souvenirs and a time full of excitement. Thanks to you, people on Earth have had a good year.” 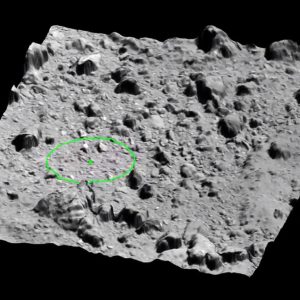 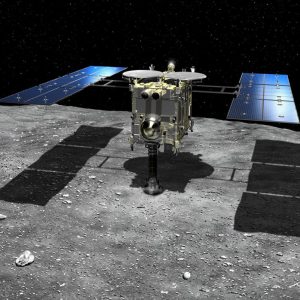 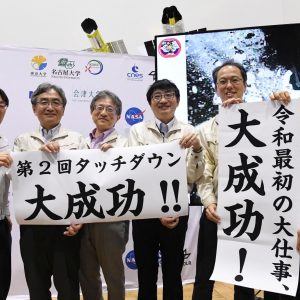 Know-How for Exploration of Mars Satellite

Hayabusa2 gave full play to the project team’s intense scrutiny and exquisite contrivances to weather out various difficulties, many of which had been unforeseen, and successfully accomplish all tasks on the asteroid Ryugu. By making the most of lessons gained from multiple technical failures of its predecessor mission Hayabusa1, JAXA has shown to the world the growth of Japan’s space exploration technologies.

The thorniest hardship encountered was Hayabusa2’s initial landing on the Ryugu asteroid in February. Contrary to expectations, Ryugu was found to be strewn with rocks, with little space for the space probe to touch down safely. The JAXA team then recalculated the landing, thoroughly testing the performance of Hayabusa2 by repeatedly practicing descending flights. This eventually led to the space probe’s successful touchdown on a narrow strip of flat ground.

The degree of precision required was far in excess of the probe’s original design limits. The way JAXA carried out the feat reminded us of their resolve never to repeat the mistakes made by Hayabusa1.

The operation to create an artificial crater on Ryugu by exposing the subsurface materials and collecting samples was a superb success. However, later, the team members were confronted with a choice of grave significance — whether to try a second landing on the asteroid. 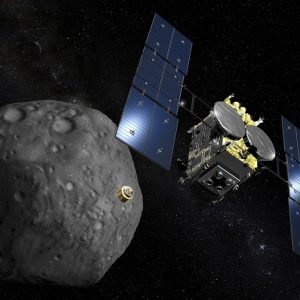 Some senior program officials were concerned about giving the go-ahead for a second landing because of the risk of greater loss should it end up in failure. They worried that, if it failed, not only would the Hayabusa2 team be unable to scoop up pristine samples from under the asteroid surface in the second landing, but it would also be unable to safely return to Earth the samples gathered in February.

In the end, after close analysis the team judged that there was a high probability that they could safely carry out operation. Therefore, JAXA determined to proceed with the second touchdown. The decision underscored the real strength of the JAXA team — possessing both prudence and audacity.

One key to success of the homeward journey to Earth hinges on the space probe’s ion engines. Hayabusa1 was thrown into a crisis when all four of its ion engines went out of order. Therefore, measures were added to boost the durability of Hayabusa2. Attention now is focused on whether JAXA can realize Hayabusa2’s return to Earth without incident.

Japan now has established itself within the world’s topmost status in the field of asteroid studies. There are no plans, however, to build Japan’s next generation of a similar space probe.

JAXA instead aims to collect substances from one of a couple of satellites circling Mars, which would be a first in the world. Many of the Hayabusa2 members are expected to take part in the project, with a space probe for that purpose scheduled to be launched in 2024, the sixth year of the Reiwa era.

Given that the satellite’s gravitational force is far larger than that of the asteroid Ryugu, methods of gathering substances from the satellite will differ considerably. At the same time, the accumulation of knowledge JAXA has gained — for instance, on ways of locating places suitable for touchdown — will surely be useful to the Mars mission.

The world’s focus is now on Japan to see how effectively it can make use of the technologies acquired through Hayabusa missions for future projects.