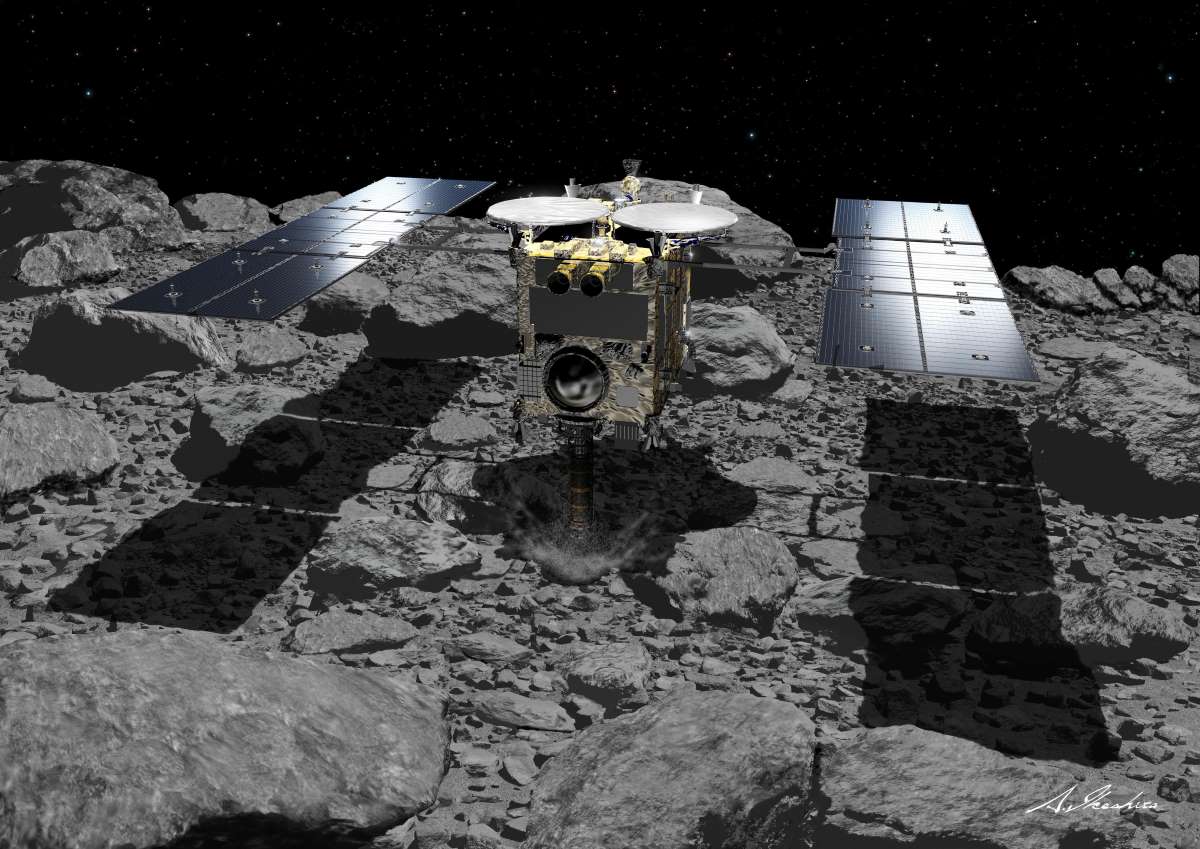 An image of Hayabusa2 landing on Ryugu, where it picked up soil samples and brought them to Earth (provided by JAXA, Akihiro Ikeshita.)

Living organisms can arise by chance from inanimate objects without parents. The theory of spontaneous generation proposed by Aristotle of ancient Greece was rejected by the experiments of Pasteur, a French chemist, in the mid-19th century.

So what brought life to Earth, which was created around 4.6 billion years ago? Various theories have emerged since then.

The "panspermia hypothesis" proposes that the origin of matter, which is the basis of life, is not on Earth but in space. “Pan” means “all” and “panspermia” means “seed.”

About 100 years ago, Swedish Nobel Prize-winning scientist Arrhenius proposed that the seeds of life are moving between planets under the pressure of light.

To test this hypothesis, a Japanese research team has analyzed dust samples taken from the International Space Station (ISS), which orbits at an altitude of about 400 km. The research is named the "Dandelion Project" because the seeds of life are thought to drift through space like dandelion fluff.

On the other hand, there is also a strong theory that the seeds of life were brought to Earth by falling debris from asteroids and comets.

Amino acids, which are the building blocks of proteins, have already been detected in meteorites found on the ground. However, scientists have not been able to deny the possibility that the amino acids were mixed in after the meteorites had contact with the planet's soil and air.

This is why the sand from the asteroid Ryugu has attracted attention.


The Building Blocks of Life

After a long journey of 5.2 billion kilometers, the Japan Aerospace Exploration Agency (JAXA)’s probe “Hayabusa2” brought back to Earth a capsule containing sand samples on December 6, 2020.

About 5.4 grams of sand samples were distributed to research institutes around the world, where they have been analyzed without being exposed to Earth’s air. As a result, more than 20 kinds of amino acids have been confirmed.

The capsule brought back to Earth by Hayabusa2 was, just as expected, a "treasure box.” How close can we get to solving the greatest mystery in biology? We shall look forward to the papers that will be published in the near future.

(Read the Sankeisho column in Japanese at this link.)