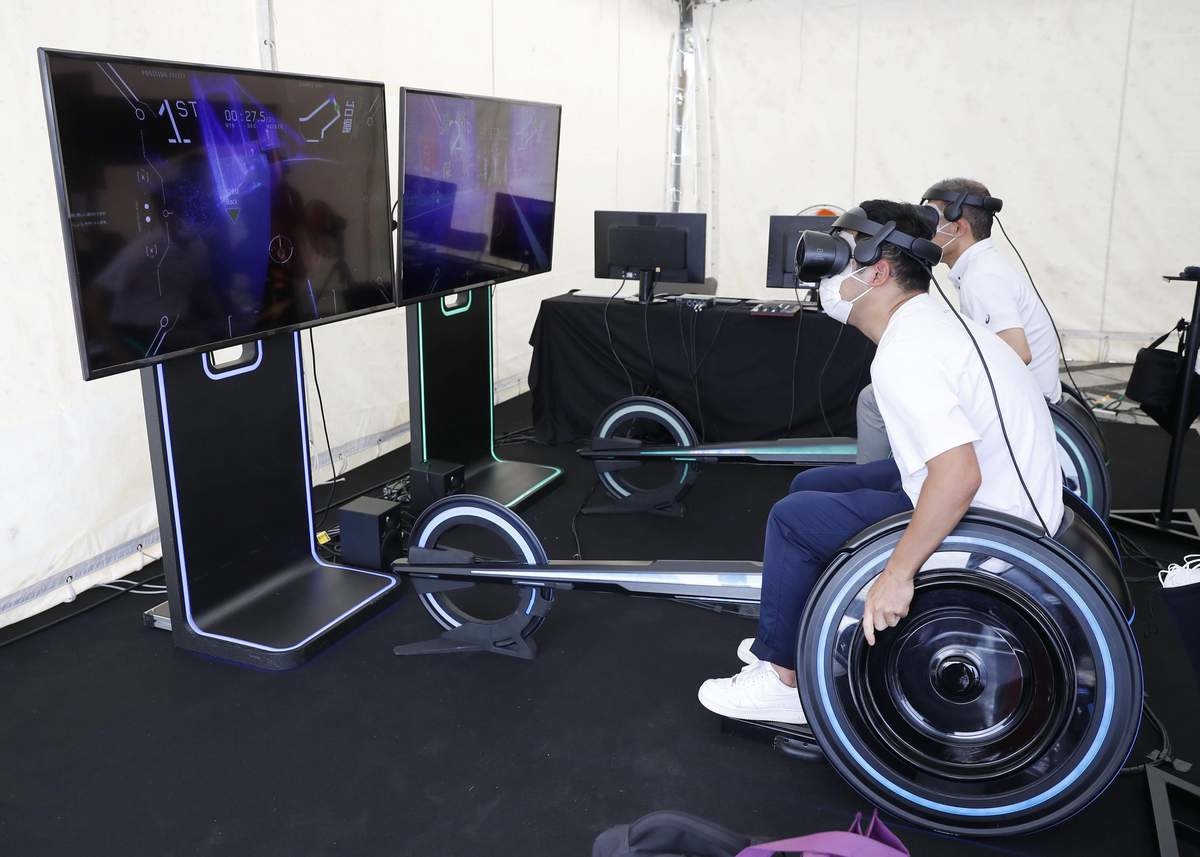 A participants in a hands-on event wear special goggles and operate a wheelchair for para athletics, sensing the physical abilities of para athletes in virtual reality (VR) at Komazawa Olympic Park in Setagaya, Tokyo August 20 (© Kyodo)

The public had a first hand chance to experience paralympic sports in an August 20 event organized by the Tokyo Metropolitan Government at Komazawa Olympic Park (Setagaya Ward). The event celebrated the first anniversary since the Tokyo Paralympic Games, which kicked off on August 24, 2021.

Many families stopped by to try out games such as goalball (a team sport designed for visually-impaired athletes) and wheelchair rugby.

Participants interacted with Paralympians instructors. Wearing special goggles, they sat on para athlete wheelchairs and played on devices which, in Virtual reality (VR), allowed them to feel what it was like to be a para athlete.

Tokyo Paralympics swimming gold medalist Keiichi Kimura stopped by for a photo session with visitors. “I’m grateful that many people remember the race from a year ago,” he said, adding: “I hope that this experience will further promote para sports in Japan, beyond its popularity during The Tokyo Olympics.”

A participant wearing special VR goggles and operating a para athlete wheelchair at the hands-on event at Komazawa Olympic Park on August 20.(© Kyodo)

(Read the Japanese article at this link here.)