The Abe Legacy: A Japan Empowered by Far-reaching Reforms 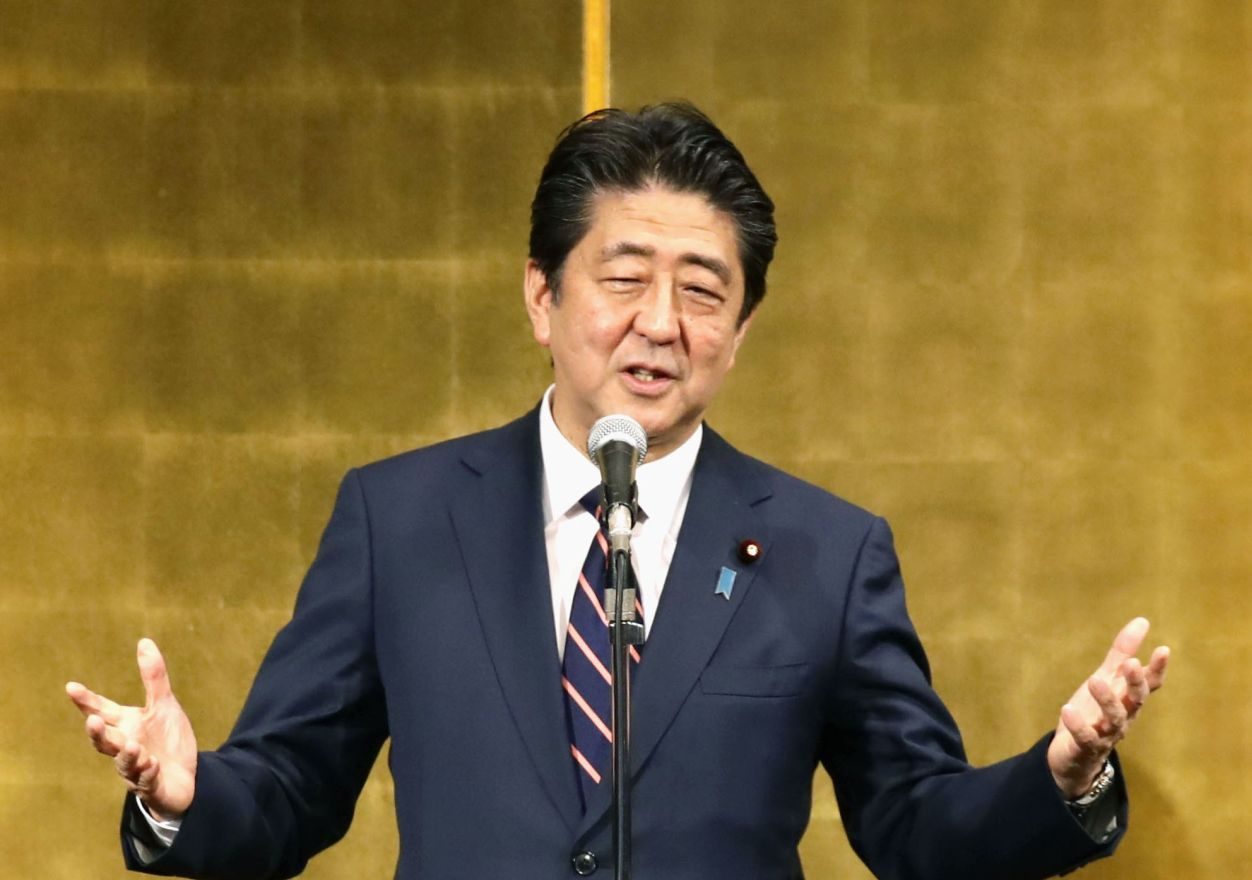 It’s still hard to process the horrific assassination of Japan’s most consequential politician of the last 60 years. Shinzo Abe is literally irreplaceable. At the age of 67, relatively young for a seasoned politician, he would have been expected to cast a giant shadow on Japanese politics for at least another 10 years. The killer has done immense damage to Japan as there is no other politician with equivalent experience, credibility, and vision.

Supposedly, the alleged perpetrator held a grudge against the Unification Church, his “Moonie” mother having donated all her wealth to the cult and then gone bankrupt. Abe, like several other politicians in Japan and America, maintained courteous relations with the UC and its associated concerns. Whether there was anything more substantial to the relationship in the 21st century is dubious, but it was enough for Abe to be targeted by a cowardly murderer.

Abe’s project was to make Japan a “normal country.” Several other politicians have come up with more grandiose plans — one thinks of Ichiro Ozawa’s Blueprint for a New Japan: The Rethinking of a Nation (Kodansha), published in 1993 — but none chalked up any achievements worthy of the name.

Abe hit the ground running when he won an electoral landslide at the end of 2012, and initiated far-reaching change in institutions, economic policy, geopolitical settings and, not least, the relationship of political leaders to Japan’s powerful bureaucracy. Thankfully, his initiatives are unlikely to be reversed.

Japan will not go back to the state of paralysis which reigned in 2010-2012, when the Nikkei Index sat below 10,000, corporate Japan was largely unprofitable, and the number of suicides was 50% higher than it was when he was slain.

By the bitterest of historical ironies, one such transformative reform relates indirectly to the circumstances of Abe’s death.

During the Cold War, part of Japan’s “abnormality” was that, being nominally a pacifist nation that had outsourced its own security to the United States, it had no need of a functioning secret service. Even after the Cold War was over, the political and economic fragility of the “lost decades” prevented any progress being made.

Rightly, Abe made reform a priority of his premiership, even at the cost of declining approval ratings and noisy demonstrations around the Diet.

In his fascinating book Special Duty: A History of the Japanese Intelligence Community, Professor Richard Samuels of the Massachusetts Institute of Technology puts it like this:

Samuels recounts how then-Prime Minister Yasuhiro Nakasone tried to do something similar in the early 1980s, but failed to gather enough support. It is highly likely that the United States would have disapproved of Japan, which was essentially an American dependency at that time, developing an independent capability.

If no professionals are available, gifted or not-so-gifted amateurs take the stage. What might be broadly termed intelligence work was carried out by a variety of actors, including trading house personnel, think tankers, journalists, and less respectable characters from the dark side of Japanese society, such as the kuromaku, the black curtain men.

These behind-the-scenes power brokers and fixers take their name from the unseen manipulators of the kabuki theater. American intelligence appears to have condoned or at least tolerated their activities. Indeed, some of the key actors had been freed from detention in the Occupation period because of their influence and ability to get things done.

It is notable that several major players had strong connections to Korea. In his book Yakuza to Kisen ga Tsukutta Daikankoku (How Yakuza and Courtesans Created Korea), former public security official Mitsuhiro Suganuma credits famed fixer Yoshio Kodama for facilitating the Korea-Japan Treaty of 1965 that established diplomatic relations. Suganuma goes on to claim that the relationship between the two countries has deteriorated today because there are no longer any kuromaku on either side to cut the necessary deals.

Such was Japan’s destiny. It could never have been a non-aligned or neutral actor, despite the sympathies of its left-wing intelligentsia. It was fated to be a passive but crucial participant on the American side of a Cold War in which there were no rules.

Another unofficial participant in the Cold War was the Reverend Moon’s Unification Church.

The Unification Church and the KCIA

Media accounts tend to concentrate on its mass weddings and ruthless money-making practices. In reality, it has always been a highly political organization as well, being a willing instrument of the KCIA (Korean Central Intelligence Agency), which itself was linked to the American CIA.

The KCIA and the UC were as “close as lips and teeth,” as the saying goes, with several “former” KCIA and military personnel occupying important positions in Moon’s organization. Writing in 1991, UC expert Dr. Jeffrey Bale described how in the 1960s, a time when President Park Chung-hee’s regime regarded many churches with suspicion, Moon was given tax-free charitable status, and his first business venture was awarded contracts to produce parts for anti-aircraft guns, grenade launchers, and other military hardware at favorable prices.

Clear confirmation of the relationship came later with the United States congressional investigation into the “Koreagate” influence scandal, which snared 10 Democratic congressmen in 1977. The Fraser Report on the issue stated that there was “a great deal of independent corroboration for the suggestion in [US] intelligence reports that Kim Jong-Pil (founder of the KCIA) and the Moon organization carried on a mutually supportive relationship, as well as for the statement that Kim used the UC for political purposes…. [Moon is] the key figure in an international network of [front] organizations engaged in economic and political as well as religious activities.”

From the point of view of the KCIA, Moon’s fervent anticommunism — inherent to his bizarre eschatological ideas —  made the cult a perfect fit and a convenient front for political organizations and activities.

It was for the same reason that in the late 1960s, Shinzo Abe’s grandfather, former Prime Minister Nobuo Kishi, supported the growth of the UC’s Japan branch from a tiny sect to a powerful operation, seeing it as a fitting counterbalance to Japan’s increasingly militant left of the time. In a sense, this was quite perceptive as political and religious cultists have much in common.

Several observers of the UC have noted the parallels with techniques utilized by authoritarian Marxist-Leninist parties, to the extent that the Moon’s followers have been called “heavenly communists.”

After discussions with politicians and kuromaku, Moon established the International Front for Victory Over Communism in both South Korea and Japan, where it was known as the Kokusai Shokyo Rengo. The organization attracted many tens of thousands of conservatives worried about their country’s loss of agency in a dangerous region of a dangerous world.

Indeed, there was much to trouble the Japanese right, from the violent escapades of home-grown revolutionaries to America’s defeat in Vietnam and opening to communist China. Professor Samuels writes as follows:

The Asia-Pacific War not only destroyed much of Japan physically but also cast a shroud on the legitimacy of its national security enterprise…. Repeated leaks to Soviet, Chinese and North Korean agents went largely unpunished and led the United States to withhold information from its Japanese ally.

After the Abe reforms, that is no longer the case.

The past, as they say, is a different country. Today the Cold War is material for history books. Although the UC and its media outlets remain influential on the right of the political spectrum, Moon himself junked his anticommunism before he died in 2012, setting up businesses in North Korea, where he was born, and receiving a posthumous honor from Kim Jong-Un.

Whether UC still works hand in glove with South Korean intelligence is unknown, but given the cult’s North Korean connection, it would come as no surprise. Indeed, the existence of this “unofficial” direct channel to the Pyongyang regime could well have been the key reason why important Japanese politicians kept up cordial relations with UC into the new century.

Assassination in a Society of Constitutional Freedoms

Over time, the Unification Church has become a Frankenstein’s monster, attracting adherents from the ever-increasing number of lonely, disconnected people yearning to be told what to do with their lives.

Moon’s theology is far from sympathetic to Japan, which is considered the “Eve” country that copulated with Lucifer. As a result, it must make financial restitution to the pure, upstanding “Adam” country of Korea, a process that UC facilitates by guilt-tripping wealthy Japanese members and sending the proceeds to home base in Seoul.

China has brutally suppressed the Falun Gong, which it considers a threat to Communist Party control, validating former Prime Minister Kishi’s intuition that cults and communism are natural rivals.

Even some Western countries, such as Germany, have taken a tough anti-cult stance. But such measures are hard to reconcile with constitutional protections of freedom of worship. Likewise, people have the right to donate as much of their money as they want to whoever they want.

Toleration of cults, as long as their actions are legal, is part of the price of living in a society that values personal responsibility. And cults that survive long enough are no longer called cults but religions.

Meanwhile, Japan’s journey to “normality” — which includes agency in foreign policy, pride in cultural heritage, and possession of similar intelligence resources to other large democracies —  continues. Shinzo Abe was killed when he had so much more to contribute, but it is to be hoped that his legacy will be honored and extended.