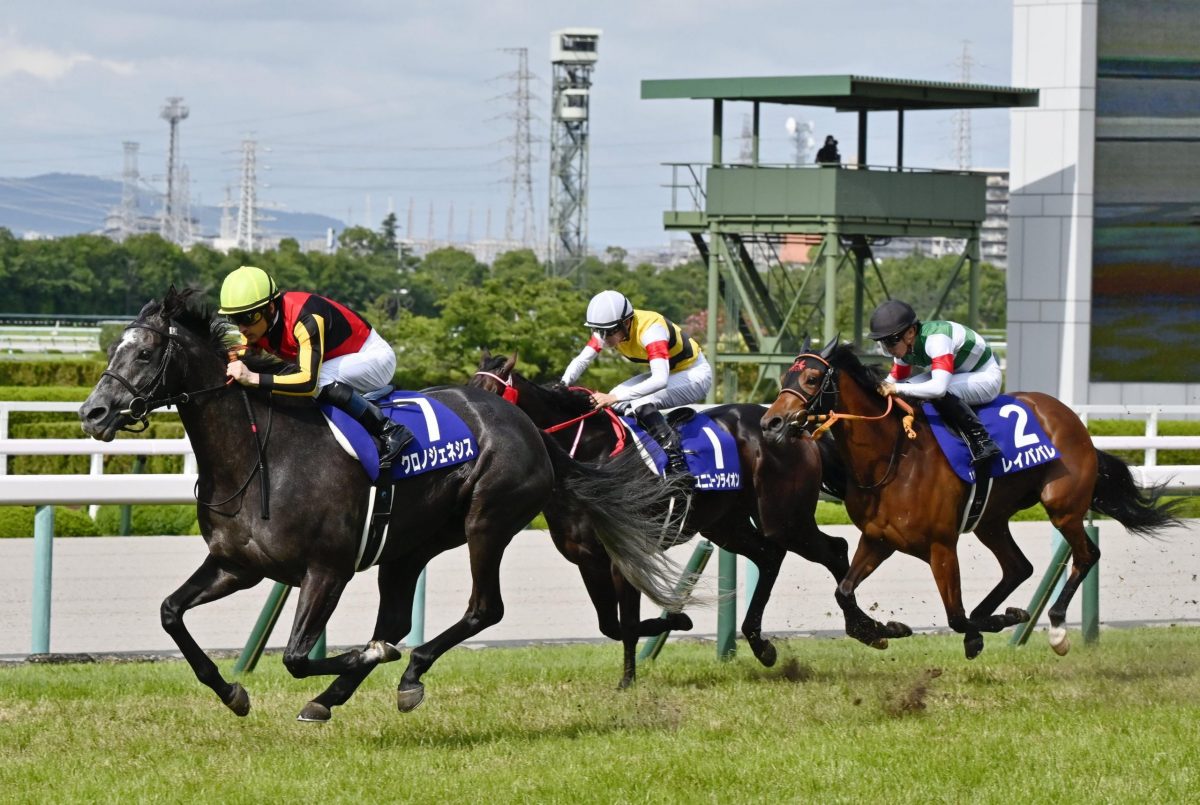 Fans voted online for the first 10 entrants in the 62nd Takarazuka Kinen and the final three spots in the field were decided by race earnings this season.

While racing aficionados may remember several of the fan-picked thoroughbreds for the high-profile, All-Star race, what they remember most will probably be the final sequence that determined the winner. Christophe Lemaire and Chrono Genesis teamed up for a pulse-rising triumph in the Takarazuka Kinen, with the final 300 meters providing the key stretch of the ¥325 million JPY (about $3.01 million USD) event at Hanshin Racecourse on Sunday, June 27.

With room to operate, Lemaire coaxed Chrono Genesis to find an extra gear to gallop to the finish.

Chrono Genesis moved into first place with 100 meters remaining in the race. True to form, the speedy 5-year-old mare didn’t disappoint down the final stretch in Hyogo Prefecture.

The dynamic duo broke away from Unicorn Lion (Ryusei Sakai) and Lei Papale (Yuga Kawada) down the stretch and won by 2½ lengths over the former in 2 minutes, 10.9 seconds. (Watch the race replay here.)

“The mare was in very good condition and looked great at the paddock,” Lemaire said. “We were able to race in [a] good position behind Lei Papale. She stretched really well and was able to run the last 200 meters easily.”

For Lemaire, it was the 39th Japan Racing Association Grade I victory of his career. He collected his previous G1 victory aboard Alegria in the Victoria Mile on May 16.

Chrono Genesis, the runner-up at the Dubai Sheema Classic on March 27, was in contention throughout this race, as were pace-setters Unicorn Lion and Lei Papale. Wipe Tears faded in the latter stages of the race, slipping from third to 10th.

Chrono Genesis, the race favorite, is the first horse to claim consecutive Takarazuka Kinen victories since Gold Ship in 2013 (with jockey Hiroyuki Uchida) and 2014 (Norihiro Yokoyama).

A year ago, Yuichi Kitamura guided Chrono Genesis to her first Takarazuka Kinen title on June 28, finishing a race-record six lengths ahead of runner-up Kiseki.

“She has become a powerful filly and was in very good condition. She was really strong,” Kitamura said afterward, and that was evident again during this year’s race.

Kitamura also rode Chrono Genesis to victory in the 65th Arima Kinen on December 27, 2020, at Nakayama Racecourse in Funabashi, Chiba Prefecture. Salacia, with Kohei Matsuyama aboard, finished a neck’s length behind in the 2,500-meter race. Lemaire and Fierement placed third in the JRA’s final G1 race of 2020.

The next G1 race on the 2021 JRA calendar is the Sprinters Stakes on October 3 in Funabashi.