INTERVIEW | Kishida: LDP to Call for Constitutional Change in Next Elections 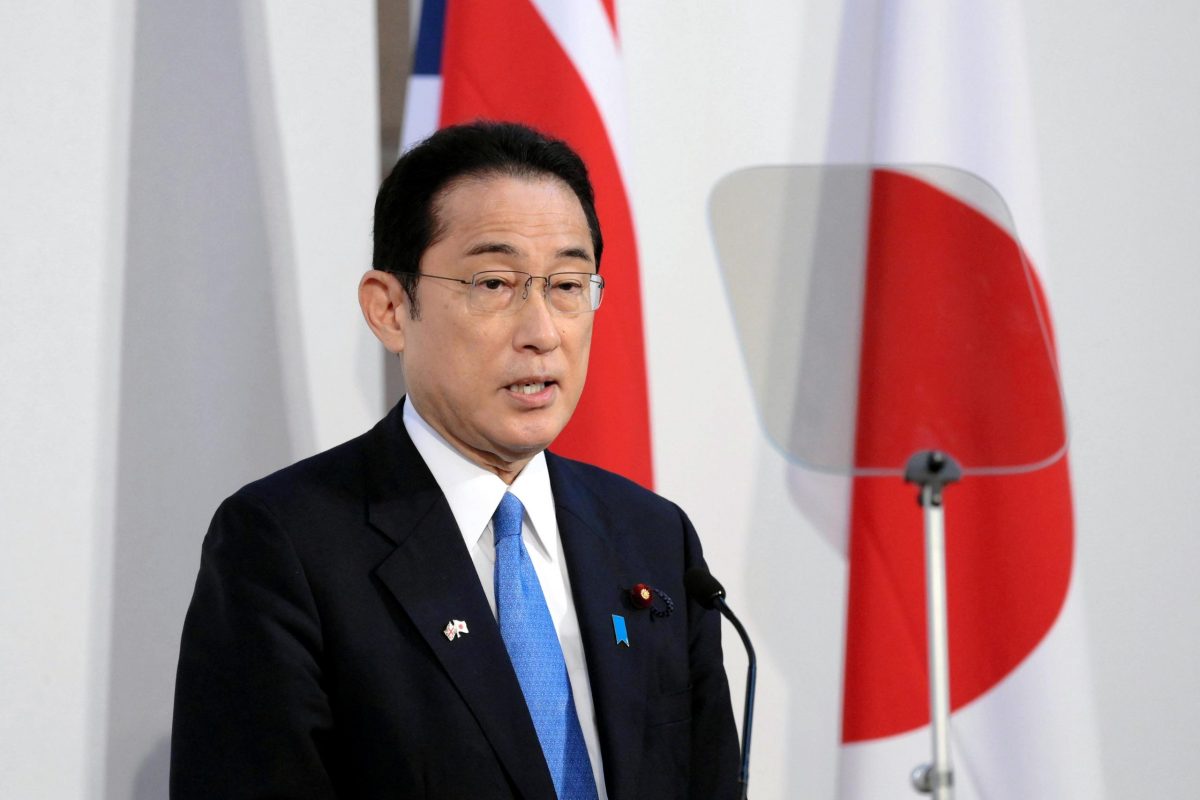 Prime Minister Fumio Kishida in the City of London, May 5, 2022 (Pool photograph)

Japan’s postwar Constitution has turned 75 years old. With amendments very much on his mind, Prime Minister Fumio Kishida sat down for an exclusive interview with The Sankei Shimbun ahead of the May 3, 2022, anniversary of the Constitution. He discusses the Constitution’s limitations and amendments that his government hopes to move forward.

Mr. Kishida, who is also president of the ruling Liberal Democratic Party (LDP), emphasized the importance of simultaneously promoting parliamentary debate and public discussion on constitutional reform. In addition, he intends to prioritize the reforms in the party’s pledge for the summer Upper House election.

With Japan’s Golden Week starting, the Prime Minister also discussed his plans to visit five countries in Asia and Europe during Japan’s extended spring holiday. In response to the ongoing Russian invasion of Ukraine, he emphasized the significance of this mode of active, personal diplomacy.

What is the current status of the efforts for constitutional reform?

I would very much like to change the Constitution. Because of my position as Prime Minister of Japan, I would like to refrain from giving a specific timetable, but constitutional change is a party policy.

Because the Constitution is 75 years old, some of its contents are not in keeping with the times. It is lacking in some areas.

For the first time in nine years, I welcome the fact that the Constitutional Review Board is meeting, and the debate is continuing during budget deliberations in the House of Representatives in this session of the Diet.

I would like to see a more thorough debate in the Diet. But the Diet is only responsible for initiating the process of constitutional amendment. The people must ultimately decide what the Constitution should say.

Discussions in the Diet should lead to greater public understanding and enthusiasm. I hope that all citizens will engage in the debate on constitutional change.

What is the response to the reorganization of the party’s headquarters for promoting constitutional reform and raising public awareness?

Little by little, we are seeing some response. For one, the Headquarters for Realization of Constitutional Reform is playing a central role in organizing town halls in various parts of the country.

In February, the first meeting was held in Gifu City, with a report from General Manager (LDP member) Keiji Furuya. I hope these efforts will help increase public understanding of the party’s four constitutional reforms, which are:

How will constitutional changes be addressed in the party’s Upper House election pledge?

We want to promote the party’s positive stance through our election appeal.

Of the four constitutional amendments, as president of LDP, what do you believe needs to be discussed as a priority?

All four items are extremely timely issues and must be realized as soon as possible. It is not a matter of prioritizing any of the four items.

It is more critical to debate the details in the Diet while working to achieve results one by one, starting with those agreed upon by the ruling and opposition parties.

I also feel that there is a growing interest in creating emergency clauses. As we prepare for contingencies, it is critical that we are clear about how to maintain the Diet’s power in the event of an emergency, and clarify the role of the state and the people in  an emergency. This is one of the most important items among the four amendments.

Status of the Self-Defense Forces

What about the item for acknowledging the Self-Defense Forces?

The Self-Defense Forces have been involved in various support activities, including large-scale disasters and the response to COVID-19. And the public has a high regard for them.

The war in Ukraine has raised public awareness of the SDF’s role in protecting the lives and livelihoods of the people. There are increased expectations of the SDF, and a great deal of value placed on their work.

Nevertheless, I feel that the public is uncomfortable about the lack of clear legitimacy of the SDF, which some have argued is unconstitutional. It is seen as problematic.

To end this contradiction, we will add an amendment to the Constitution. As we go, I will continue to communicate the details to the public on how crucial the amendment is, and why we need to specifically address the SDF.


Can you tell us about the proposed amendment related to Upper House electoral districts?

In our plan for constitutional revision, we raise the need to dissolve this combined district concept. We think it is best to reflect the collective will of the residents of each prefecture separately as their own block of political or social significance. Consensus on this issue is essential for protecting our way of life.

Sorting out the approach to these districts and the weight of a single vote is central to the constitutional debate.

What about the position of the ruling coalition partner, Komeito, on the four constitutional reform issues?

To initiate constitutional change, both the ruling and opposition parties must reach a consensus. Positive responses from Komeito and other parties are critical.

I have said that the people decide what the Constitution should be. However, the people’s mood affects the attitude of the political parties.

I expect the Komeito and other parties to take a positive approach to the proposed constitutional revisions. The first step is to work out the proposal’s specifics with parties that have always been positive toward revision, and then proceed with parliamentary discussions.

During the long Golden Week holiday, you will be visiting the five countries of Indonesia, Vietnam, Thailand, Italy, and the United Kingdom. What is your goal for these visits?

In response to Russia’s aggression against Ukraine, a firm stance is required in cooperation with the international community. The world should show that we will not tolerate unilateral changes in the status quo by force.

The situation in Ukraine is not just a European problem. Our country is also working on sanctions against Russia, as well as humanitarian aid to Ukraine, and reform of the United Nations Security Council.

Sharing the idea across Asia that the Russian invasion of Ukraine is an outrage that is shaking the entire international order is our highest priority. We want to create an international atmosphere where the community of nations expresses its united will.

Japan is the only Asian country participating in the G7 (Group of Seven). As such, we must assist in leading international public opinion in Asia.

Among the destinations visited this time, Indonesia is the chairing country of the G20 this year, and is chair of the ASEAN (Association of Southeast Asian Nations) next year. Thailand is this year’s chair of APEC (Asia-Pacific Economic Cooperation). Vietnam is an important partner for Japan, as we often agree on China-specific issues.

Italy and the UK are also members of the G7. And we must maintain close communications with these countries and build personal relationships of trust with their leaders as Japan will chair the G7 summit next year.


Will you visit the United States?

I have not yet visited the United States for a Japan-US face-to-face summit meeting with President Biden. But we have exchanged views with each other at COP26 (26th Conference of the Parties to the United Nations Framework Convention on Climate Change) held in Glasgow, northern England, in November 2021, and at the G7 summit held in Brussels, Belgium, this March 2022.

In addition, we have been communicating with each other in various ways, including by phone. Through these efforts, we will continue to confirm the trust between the leaders of both countries and the stronger ties of the Japan-US alliance.

Japan hosts next year’s G7 summit. Can you share where you are thinking of holding it?

We are working on it. In addition to Hiroshima, other cities such as Nagoya and Fukuoka are in the running as potential venues.

We carefully evaluate each candidate venue from various perspectives, including the physical conditions required to host the summit.