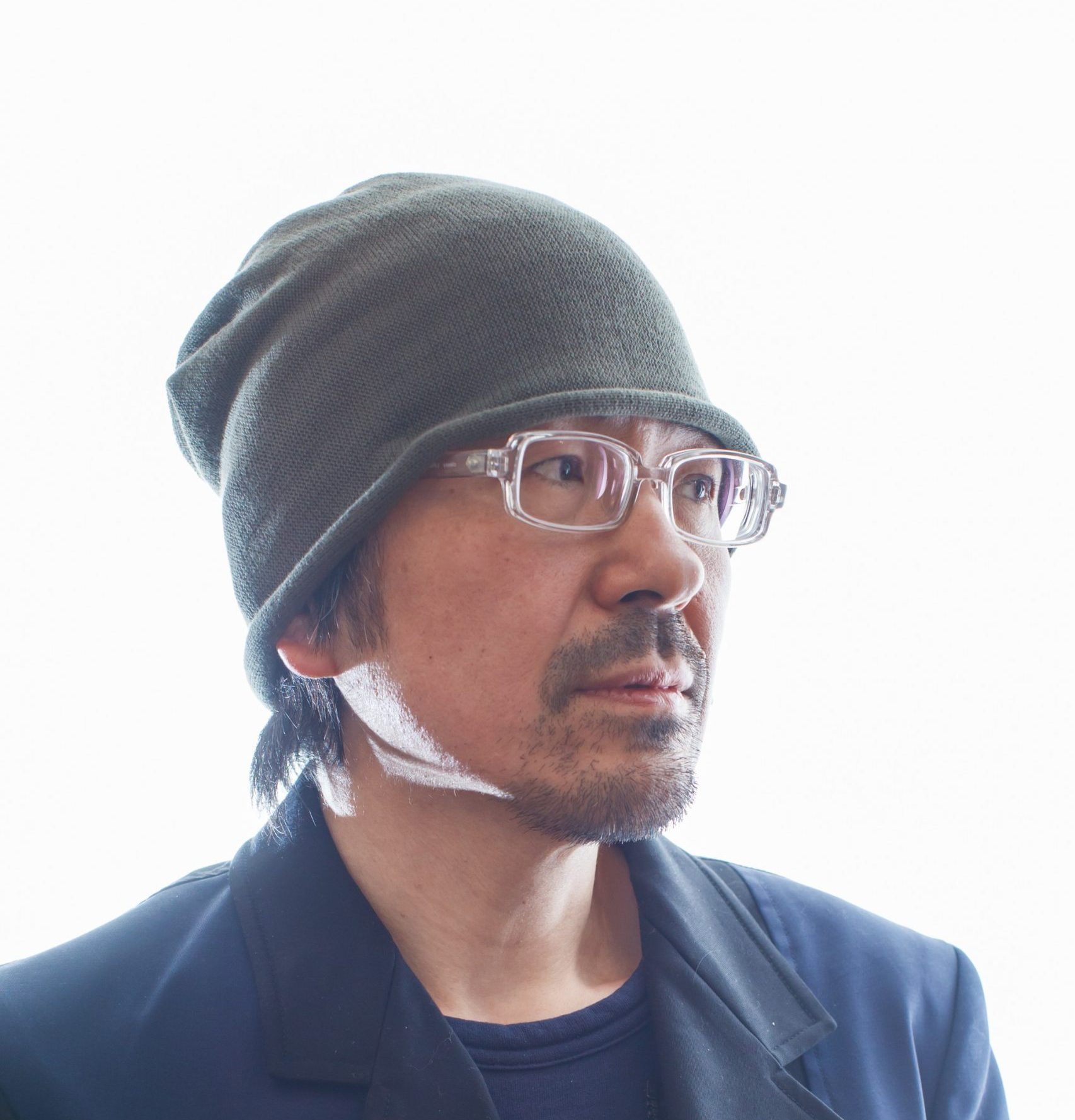 Japanese author Hideo Furukawa at the Conference on Contemporary Japanese Cultures Festival at the University of Bologna, Italy. Photo courtesy of Hideo Furukawa.

Last of 2 parts
Read Part 1: INTERVIEW | Hideo Furukawa: Beyond The Dystopia of ‘Soundtrack’


Author Hideo Furukawa is most known for his dystopian novels and enchanting stories.

But, as an eclectic artist, the novelist has ideas about connecting with the young generation. In 2021 the animated Netflix series The Heike Story was based on his modern Japanese translation of the classic literary work,  Heike Monogatari (written between the 13th and 14th century, author unknown).

Hideo Furukawa shared his views at the conference on contemporary Japanese cultures festival organized by the language, literature, and modern culture department of the University of Bologna (Italy) in May 2022. The conference focused on the theme of dystopia.

Journalist Stefania Viti sat down with Furukawa about The Heike Story and many other themes in this second and last part of the interview for JAPAN Forward.

You have confronted one of the great literary classics by translating The Tale of the Heike into modern Japanese. How important has literature of the past been for creating a vision of the future?

The Tale of Genji (Genji Monogatari) was written a thousand years ago by Murasaki Shikibu, who is dead.

And The Tale of the Heike (Heike Monogatari) deals with chronicles of war between the militias of the time. It contains elements of fiction mixed with historical elements of war.

The story is about a thousand people who lived eight hundred years ago. And what they have in common is, once more, that they are all dead.

Reading these works I realized that any person who is born ー rich, poor, man or woman or whatever ー eventually dies.

Even we, who are here now, cannot expect to meet here again in fifty years, because we will all be dead.

Young people think that people in their fifties are old. I thought the same when I was young. And so young people do not want to listen to what older people have to say.

We have the same attitude towards culture, we think that the books of the past are old.

But the fact of the matter is that the young people of today will also die one day. What I realized from reading the stories of people born so long ago is that they were like us. They were happy, they were sad.

Then someone decided to transcribe their feelings and their stories. That has been transmitted to us, so we can read them.

We must do the same, transcribe all of this so that one day there will be someone else who can read and perceive what we experienced.

Through literature, we can leave traces in the future of what we have lived today.

We live in an age used to quick and simple things, but you write long and complex novels. How challenging is it?

Let me start talking about the Internet.

In Japan, when Twitter appeared, people thought that things would get better because everyone would be able to express their opinions freely and contribute to society with only 140 characters.

But today if you look closely on Twitter, you see that there is just a flood of messages from people insulting each other and having bad communication.

What Twitter has made us realize, now more than ever, is that for good communication we need at least 1,400 characters, and for even better communication it takes perhaps 140,000.

This is also true with books. In Japan, it can happen that books that are very long are not liked either by the editors or the publisher. Five or six years ago I was told by a publisher to write books three-quarters the length of the one I was proposing.

But if I make an effort to shorten the text, then people will get used to shorter texts. Even then, there will be those who [are used to] reading manga, who will perceive the novel to be long, even in its shortened form.

I would be asked to shorten the length again and make a book a quarter shorter, and eventually end up writing books of one hundred, one hundred and fifty pages. Those [in turn] will then be perceived as thick books. We will continue to shorten again, until the books ー and also the readers ー disappear.

Therefore, I convinced publishers and editorial staff by saying that if the books disappear, the readers disappear. And then their work disappears, too.

Speaking about dystopia and contemporary society, it seems that some social phenomena occurred in Japan earlier than in other parts of the world. The problem of the hikikomori comes to mind. What do you think?

In Japan a special issue was released consisting of a collection of interviews with Haruki Murakami about his novel Kafka on the Shore (Vintage Books, 2005).

Among the interviews was one of mine, done fourteen years ago.

On that occasion, while talking about the situation in Europe, America, China, and Japan, I told Murakami that I had the feeling that Japan was not a developed country but a collapsing developed country, which therefore was collapsing faster than other countries.

From this point of view, it must be said that the problem of the hikikomori, which came earlier in Japan than in other countries, is also a problem that is due to the rejection of the now, of the present.

People who become hikikomori cannot imagine the future. This is also becoming a social problem because those who were young hikikomori twenty years ago are now adults. They have elderly parents who worry about them and say: what will happen when we die?

There is a sense of rejection of the present, and this echoes the point I made earlier about the present and the past. If the world always stayed the same, they [the hikikomori] would also always remain that way.

But the world goes on, and one should therefore see the world by also considering the future. Hikikomori would therefore need education or other support to make them realize that there is a future.


What will your next book be about?

In Soundtrack I chose children as protagonists because what we all have in common is that once we were all children. I think this is a very effective device and I think I want to write more about it.

If a twenty-year-old boy was here with us and I told him that he too would one day reach the age of fifty, he wouldn’t believe it or wouldn’t really want to think about how he might be living thirty years later. That is a characteristic aspect of youth.

Now I am writing a text set in 1991 in which the set changes and the protagonists travel in time thirty years forward, to the present day.

During the thirty years’ gap, the lives of the young people of 1991 changed. Some got married and had children.

At the same time, society has also changed. In the present, for example, there is the Internet and mobile phones, things that we didn’t have before. The idea is that if you don’t die, you go on living.

What I would like young people to understand is that even if it seems that society never changes, it does transform anyway. And if we turn back, we can see how things are different now from before.

I would like to write a book that gives hope and makes people understand that in thirty years’ time, the young people of today will find themselves in a society that will be completely different from the one now.

I would like to write a text that they can enjoy reading and in which they can find hope for the future, that helps them not to become, for example, hikikomori.

The problem is that the connection is, at the moment, horizontal, they are connected to each other but not to other generations. The idea they have is that only they are in the right, and they do not listen to the other older generations.

When this [multi-dimensional] connection develops, other barriers will fall, such as gender barriers and so on. My wish is to become an older person they can trust. Through literature, I want to overcome the generational barrier.

Hideo Furukawa was born in 1966 in Fukushima. His first major publication was in 1998, with his book 13 (Kadokawa Bunko publisher). In 2003 he published Soundtrack (Shueisha, 2003), which was translated into Italian and French. A prolific writer, his website shows more than 40 books to his name, many of which are translated into other languages.

An eclectic himself, he has collaborated with many kinds of artists including dancers, musicians, and manga artists. Following the 2011 earthquake and tsunami in Northeast Japan including his home prefecture, he wrote a play and started workshops on the theme of self-expression.