Before Japan 2019: A Look Back at Previous World Cup Final Venues 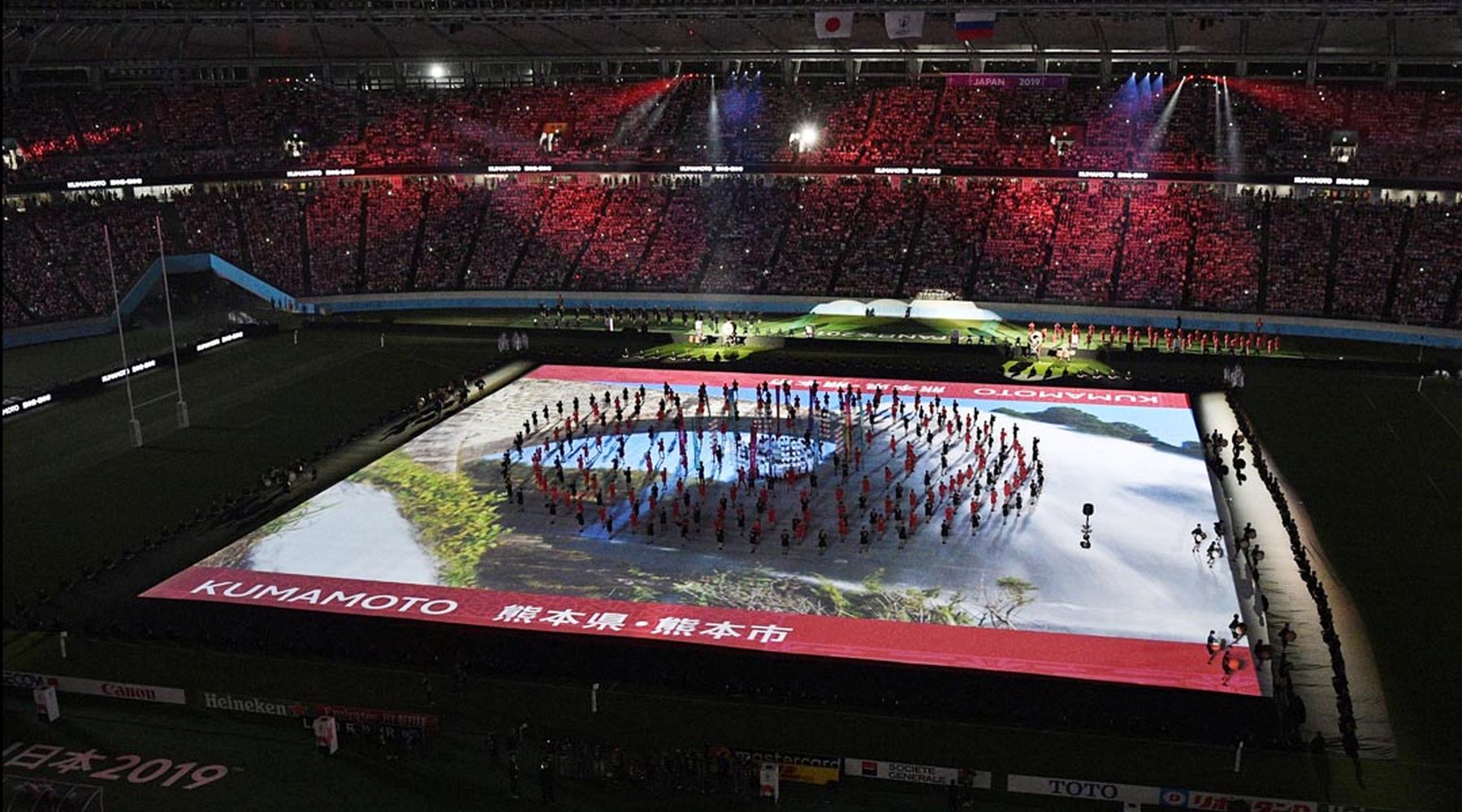 While there is a passionate fan base for rugby union in Japan and other Asian nations, the World Cup is a competition dominated by teams from Tier 1 nations. Australia, New Zealand, England and South Africa have either hosted or won every single World Cup in the competition’s history.

One of the most exciting things about having Japan host the 2019 Rugby World Cup is that it allows local fans to take their turn in the spotlight. With a promising team ranked 10th in the world before the tournament began, Japan has high hopes that their team will be able to match the nation’s enthusiasm and make Japan 2019 a memorable tournament, both on and off the field of play.

Yokohama epitomizes Japan’s connection to rugby, with matches having been played in the city for more than a century. Constructed in 1998, the Nissan Stadium, also known as Yokohama International, is the first new addition to the list of final venues since the Stade de France in 2007.

The 72,000-capacity venue is no stranger to international competitions. It hosted the FIFA World Cup final in 2002 and is preparing for the 2020 Olympics. It will become only the second stadium in the world to host both the football and rugby union World Cup finals.

However, there were some challenges that had to be overcome when getting the stadium ready for the tournament. Goal post supplier Harrod Sport, working on their third consecutive Rugby World Cup, found that Japan’s stadiums posed some unique challenges – including earthquake requirements. Design Manager Mark Smith explained; “The design work commenced in June 2017, starting with the foundations. The International Stadium Yokohama also required a bespoke bolt-down bottom hinge system in order to enable the installation of 17 meter posts.”

As Japan continues to raise its profile as a host for major international sporting events, let’s look at the other incredible stadiums that have hosted the World Cup final over the last 32 years.

One of the most feared and famous teams in any sport are New Zealand’s All Blacks, which made their home, Eden Park, the most logical place to host the inaugural Rugby World Cup in 1987. New Zealand duly won that tournament in front of a crowd of 48,000 fans.

The stadium itself came from modest beginnings. In 1903 it was a cricket ground that was best known for being susceptible to flooding. Rugby was introduced as a winter sport a decade later and has been played there ever since.

The home of England Rugby since 1909, Twickenham also had humble beginnings. The land was purchased by the RFU to build their own stadium on after seeing other London venues selling out when hosting rugby matches.

Today, Twickenham’s 82,000 capacity makes it the second largest sports stadium in the UK. And its long history has seen it host the World Cup final twice, first in 1991, and then again in 2015. Unlike the All Blacks, England failed to win either of their home tournaments.

Ellis Park was the third legendary rugby venue used for the Rugby World Cup final. Built in 1926, it has predominantly remained a rugby venue ever since. The most notable exception was when the stadium was chosen to host seven matches at the 2010 FIFA World Cup Final.

In 1995 it was the scene of one of the most iconic finals in the competition’s history, with the host nation again being victorious. This time, New Zealand had to settle for second place as South Africa won their first title.

While many of its predecessors had been in use for decades, Cardiff’s Millennium Stadium was the first ‘new’ stadium to host the final, just four months after opening in 1999. The final was a huge success with some 72,000 fans enjoying Australia’s victory over France.

One of the Millennium Stadium’s main draws was how modern the stadium was. This fact was highlighted by being the first sports stadium in the UK to have a fully retractable roof, which remains a popular talking point before every major event.

Built for the 2000 Olympics, the Telstra (now known as Stadium Australia) was designed as a vast multi-purpose venue. For the Olympics the stadium’s seating could welcome 110,000 spectators. This number fell in the following years as the configuration was adjusted to become primarily a cricket venue.

In 2003, the Rugby World Cup arrived, and the Telstra Stadium welcomed a competition record 84,000 fans. The final was a defensive battle but will be remembered for Jonny Wilkinson’s last gasp drop-goal that secured England’s only World Cup victory.

While its versatility has been of great benefit, it is also a challenge that faces the stadium’s future. Numerous plans in recent years have been unable to decide whether the venue should be replaced or upgraded.

After being built for the 1998 FIFA World Cup, the Stade de France has become a shared home for the French national football and rugby union teams.

The design of the stadium at the time of its construction was groundbreaking, with retractable seating that revealed an athletics track and a much-heralded roof design. With no visible supports and integrated sound and lighting, the roof not only looked futuristic, but offered totally unobscured views for fans around the stadium.

Terry Hearn is a researcher and copywriter, working for a number of international cyber security brands. His professional work covers topics from consumer tech to business data protection, and outside of the office he sidelines in covering the latest sporting news.