Japan and the Balance of Power in the Solomon Islands 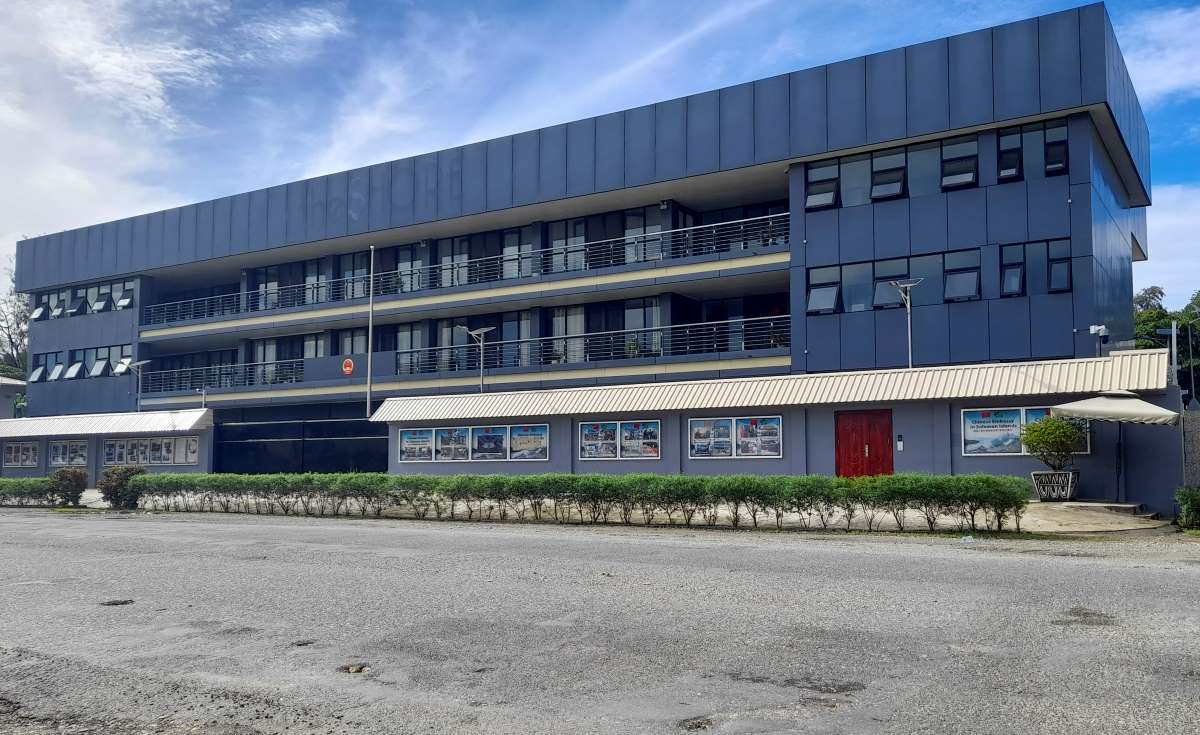 The Chinese Embassy is seen in Honiara, Solomon Islands, April 2, 2022. A security alliance between China and the Solomon Islands has sent shudders throughout the South Pacific, with many worried it could set off a large-scale military buildup or that Western animosity to the deal could play into China's hands. (AP Photo/Charley Piringi)

Tokyo’s determination to deepen its commitment to the Pacific Islands nations by increasing support is part of its official Free and Open Indo-Pacific strategy (FOIP) that seeks to promote the rule of law and freedom of navigation in the region.

The strategy was first broached by slain former Japanese Prime Minister Shinzo Abe in 2016. Its aim has been to broaden the scope of Japanʼs foreign policy with a focus on improving connectivity between Asia and Africa through a free and open Indo-Pacific. Key motivations behind it include raising Japanʼs profile in the Indo-Pacific region amid the growing assertiveness of China, especially regarding territorial claims.

Notably, Japan is among the traditional four major bilateral donors to the Pacific Island nations, along with Australia, New Zealand and the United States.

In a visit to the Solomon Islands in April 2022, Japan’s Vice Foreign Minister Kentaro Uesugi, accompanied by officials from Japan’s Parliament Office, Ministry of Foreign Affairs and Ministry of Defense, met with Prime Minister Manasseh Sogavare and discussed furthering Japanese infrastructure aid and assistance to the island nation. Japan had already been providing a crucial grant assistance of 365 million JPY ($ USD) for the Honiara International Airport project. Tokyo was also funding other infrastructure projects, such as the Kukum Highway Project (Phase II).

Japan has also sponsored the unexploded ordnance (UXO) survey and removal activities in the Solomon Islands to secure underwater sites. UXO is the process of scanning and probing marine environments (in the case of islands) to assess if there are unexploded items of ordnance embedded in the ground. The objective is to resolve problems that are found and minimize any risks to the island’s populace.

In 2018, Australiaʼs International Development Minister raised a cautionary note, questioning the ability of some Pacific Islands nations to repay their mounting debts to China. According to estimates, Beijing provided around $1.8 billion USD in financial assistance (including concessional loans) to the region.

Beijing’s generosity raised apprehension that China could use the debt owed by the cash-strapped Pacific Islands to its strategic advantage at any given time. This remains particularly relevant for debts related to big infrastructure such as ports, which could be put to use for military purposes.

Over the past few years, China’s exercise of economic statecraft has transformed with the growth of its economic power. This has been reflected in its bargaining behavior within that new power structure. The expansion of China’s economic capabilities has led to greater levels of interdependence with dependent countries, thus tilting the power asymmetries in favor of China.

China’s use of economic tools in its foreign policy to capture and define Beijing’s pursuit of national objectives has been increasingly visible in the case of smaller nations that are cash-stripped and in desperate need of developmental aid and assistance. It has utilized its economic instruments in pursuit of the Chinese Communist Party’s core revisionist objectives in order to reassert Chinese sovereignty, territorial integrity, and above all, its ‘One-China’ policy.

One consequence has been that many of the Pacific Island nations (including the Solomon Islands) have reached a point of endangering their political autonomy owing to heavy debts incurred from China.

In fact, the Solomon Islands has become a typical case-in-point in the given reference of its reported “new security pact” with China, which was inked in April 2022.

While Prime Minister Sogavare has assured nations including Japan that the security pact signed with China poses no threat to Tokyo or the region, Japan has expressed its desire for ensuring lasting peace for Solomon Islands and the Pacific family.

Despite Solomon Islands assuring Japan that it has no intention whatsoever to have a foreign military presence in the country, the fact on the ground is that the security pact with China does allow Beijing to send police, military personnel and other armed forces to Solomon Islands. This is the current unsettling security reality, which consequently could trigger further militarization of the region.

There is an urgent need for investments in hard and tangible infrastructure such as roads, bridges, ports, monumental buildings, etc., along with investments in soft infrastructure such as human resource development and information networking in the islands. These are crucial as well as urgent in order to achieve the true ends of successful development in the Pacific Islands.

Likewise, instead of a propensity for informing the Pacific Island nations of policies impacting or involving them, there is a need for tangible attempts to co-create such policies.

Asiaʼs present geopolitical and geostrategic setting makes it nearly obligatory for Japan to continue ー and further deepen ー its engagement. Stabilizing the balance of power and providing a platform for collaborative and sustainable development across the Pacific Islands nations, including the Solomon Islands, depends on this.