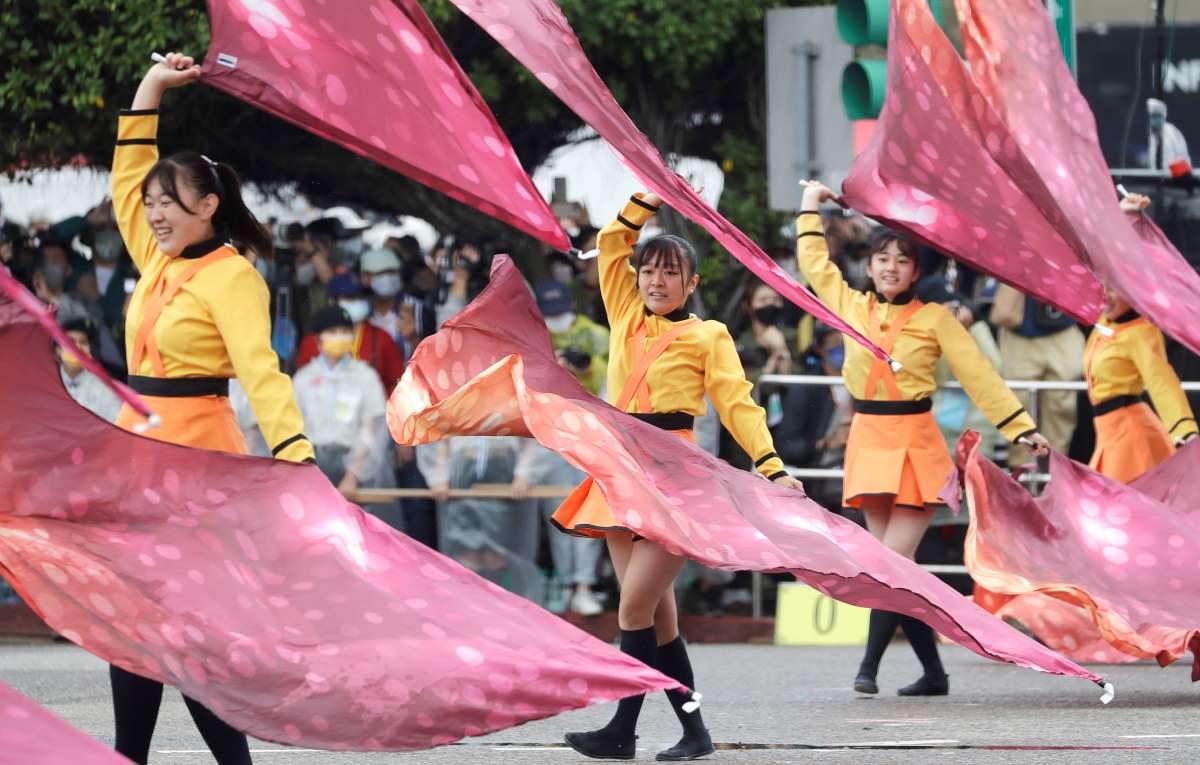 Students from the Kyoto Tachibana High School Brass Band, nicknamed the Orange Devils, were the center of attention on October 10. Starting in front of the Presidential Office Building in Taipei, Taiwan, they were participating in Taiwan's "Double Ten" national day celebrations. The holiday is the Island's equivalent of Japan's National Foundation Day.

Appearing after Taiwan President Tsai Ing-wen's speech, the brass band played dynamically and showed off its splendid dance performance. Meanwhile, spectators cheered on with standing ovations and loud rounds of applause. The powerhouse brass band, which has won gold medals in the All Japan Marching Contest, gained its nickname the "Orange Devils" because of the members' orange colored costumes and extremely skillful performance that outbeats rival high schools.

The band was invited to perform in Taiwan by the General Association of Chinese Culture (GACC) chaired by none other than the President Tsai Ing-wen herself. On October 5, 93 members of the band arrived in Taipei, where they tackled a full schedule. Activities included a visit to the Presidential Office Building, a mini concert, and interaction with local high school students.

Local Taiwanese media introduced the band sensation on a daily basis and created an "orange whirlwind" across Taiwan. See a video of local coverage here.

Through the efforts of former Taiwan President Lee Teng-hui and Japan's former Prime Minister Shinzo Abe, Japan-Taiwan relations have been exceptionally good in recent years. However, due to the COVID-19 pandemic, the bountiful private sector exchanges between the two nations had been virtually suspended since early 2020.

With tourism resuming this October, people-to-people exchanges are finally back on track. Spearheading the effort, the Japanese high school students delighted the people of Taiwan with their performances that were full of "energy, smiles, and dreams".

It looks like the resumption of the Japan-Taiwan exchange is off to a good start.