[Speaking Out] Japan Should Develop Its Own Nuclear Deterrence Strategy 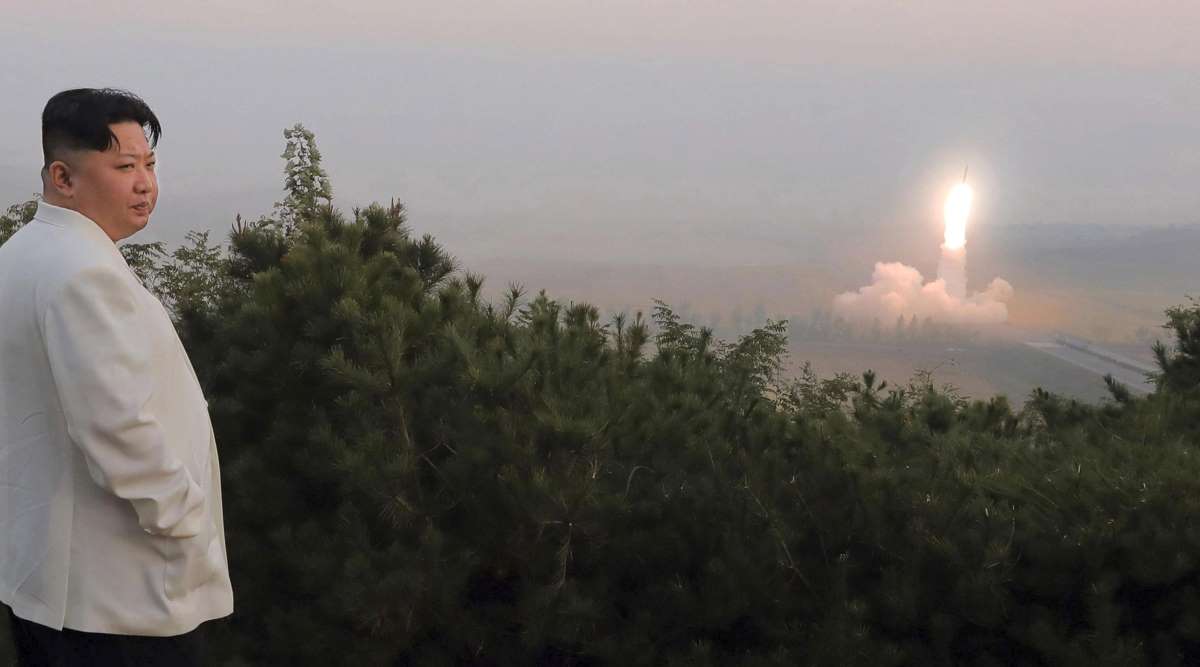 On October 4, North Korea fired a "new-type ground-to-ground intermediate-range ballistic missile" (state-run Korean Central News Agency) that flew above the Japanese archipelago and landed in the Pacific Ocean. Given its flight distance of 4,600 kilometers, the missile is thought to be designed to attack Guam, a key base of the United States Indo-Pacific Command.

North Korea also launched two short range ballistic missiles on October 6, and two more on October 9. To date this year, (2022), it has fired more than 40 missiles on 25 days. This is clearly unusual.

North Korea's purpose may be to lead the international community to recognize it as a nuclear-weapons state. In his speech at the Supreme People's Assembly on September 8, North Korean leader Kim Jong Un said, "The position of our state as a nuclear nation has become irreversible."

No one could stop Russia, one of the five permanent members of the United Nations Security Council (UNSC), from trying to change the status quo by threatening to use nuclear weapons in the Ukraine war. Only nuclear weapons can nullify nuclear intimidation. Kim Jong Un has witnessed this reality.

A Nuclear Umbrella May Become a Broken Umbrella

The Nuclear Non-Proliferation Treaty (NPT) regime is on the brink of collapsing. The treaty prohibits all countries other than the five permanent members of the UNSC from possessing nuclear weapons. The regime was based on the premise that the five nuclear powers would implement nuclear disarmament while refraining from resorting to nuclear attacks or intimidation against non-nuclear countries.

The premise has collapsed. The principle of complete, verifiable and irreversible dismantlement of nuclear weapons for North Korea is also dead.

Deterrence by denial includes ballistic missile defense and shelter development. The existing ballistic missile defense system cannot intercept new type missiles that fly in irregular orbits. To neutralize such missiles, Japan has no choice but to possess "counterstrike capabilities" to destroy enemy missiles before they are launched or attack enemy command center and communication systems that control the missiles.

As for shelters, Japan has virtually nothing.

Japan depends fully on the United States for deterrence by punishment. Once North Korea completes a nuclear missile reaching Washington, however, the nuclear umbrella will become a broken umbrella.

It is inconceivable that the US will defend Japan even at the cost of Washington. The same situation occurred in Europe in 1980's. The US at the time deployed intermediate-range nuclear missiles in Europe to counter such missiles in the Soviet Union, leading to the Intermediate-Range Nuclear Forces (INF) Treaty that abolished all INFs.

If Japan were to seek a similar solution, its three non-nuclear principles of not possessing, not producing and not permitting the introduction of nuclear weapons will become an obstacle.

Japan's position as the only country to have experienced atomic bombs does not represent any privilege or deterrence to make other countries hesitant about launching nuclear attacks on Japan. This was clearly noted by critic Ikutaro Shimizu in his book titled "Nippon yo kokka tare (日本よ国家たれ―核の選択 , in English, "Japan sShould Be a State")."

The theory that Japan should retain the three non-nuclear principles because it is the only atom-bombed country is no longer viable. It is vital for Japan to have unrestricted debates towards developing its own nuclear deterrence strategy.

(A version of this article was first published by the Japan Institute for National Fundamentals, Speaking Out #972 in Japanese on October 11, 2022.)

Kunio Orita is a member of the JINF Planning Committee and a special professor at Reitaku University. He is a retired Lieutenant General of the Japanese Air Self Defense Force.