Lessons from the Prehistoric Jōmon People of Japan 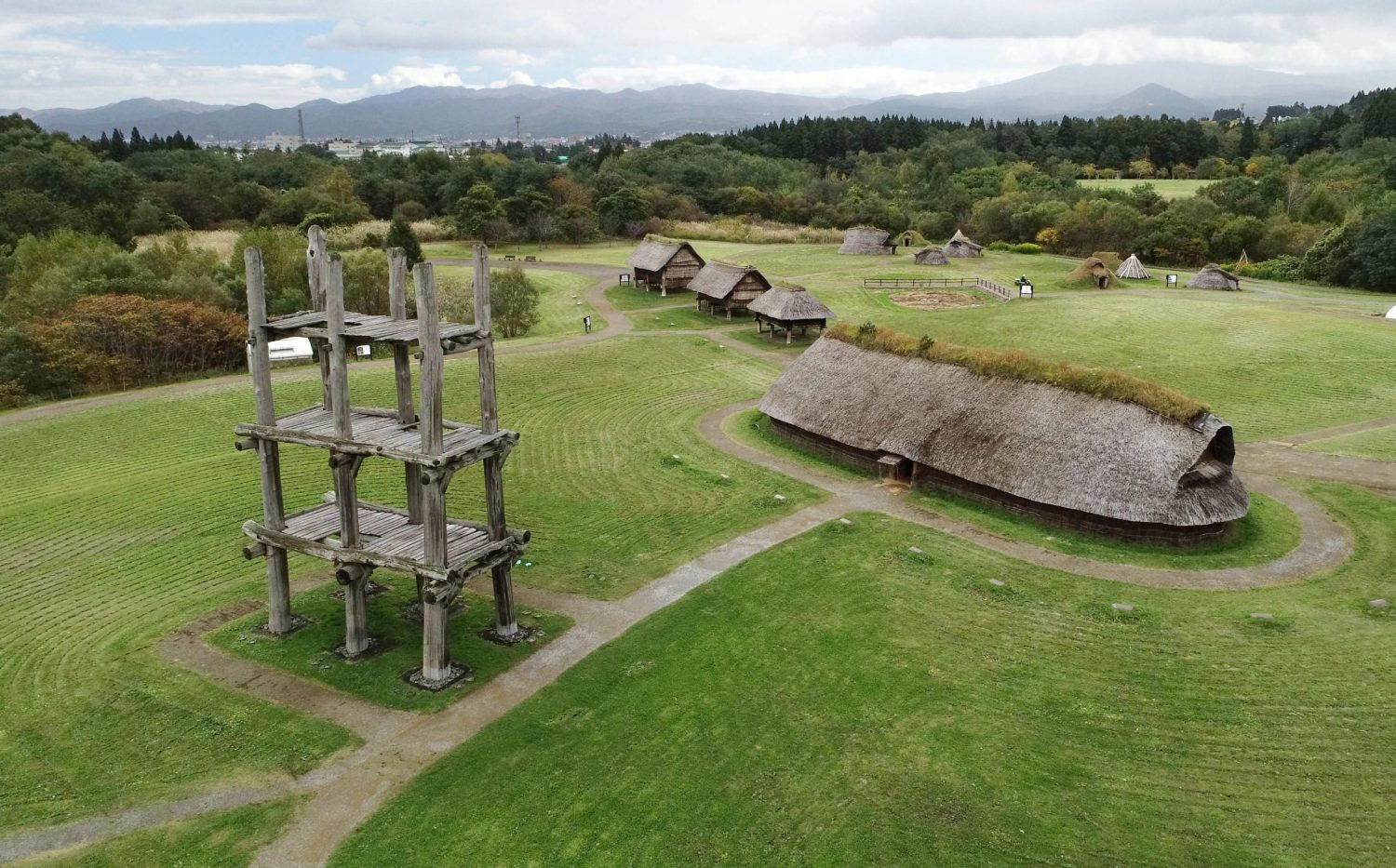 Settlement of the prehistoric Jōmon People of Japan

The existence of the Sannai-Maruyama site, a prehistoric Japanese settlement from the Jōmon period in Aomori City, had been known since the Edo period.

But truly extraordinary finds were only discovered in the early Heisei period during excavations that were carried out before starting construction to expand the nearby Aomori Prefectural Sports Park.

The finds include six post holes, each two meters in diameter and two meters deep, with remains of a wooden pole one meter in diameter peeking out from the bottom of the holes. All these indicate that a large structure nearly 30 meters tall had once risen from the ground on that spot roughly 5,000 years ago.

An impressive number of Jōmon pottery, stoneware, lacquerware, and clay figurines have also been excavated from the remains of the largest Jōmon settlement in Japan. Objects made of obsidian from Hokkaido and jade from Niigata Prefecture indicate trade with distant regions. Chestnuts, walnuts, and burdocks were also found to have been cultivated in the area.

The finds have completely overturned the idea that Jōmon people only lived a primitive hunter-gatherer life and were constantly on the move in search of food, as most Japanese students had learned at school. In fact, the Jōmon people settled down and grew plants for food, even before agriculture began in the Yayoi period.

The Jōmon Archaeological Sites in Hokkaidō and Northern Tōhoku, including the Sannai-Maruyama Site, are expected to make it onto the UNESCO World Heritage list. Among these, the Kamegaoka Stone Age Site in Tsugaru City, Aomori Prefecture, is known for its shakōki-dogū (literally, snow goggle clay figure), an especially popular type of Jōmon clay figure named after its large eyes, which resemble snow goggles.

Aomori Prefecture is also home to the world's oldest earthenware vessel dating back to 16,500 years ago, which was discovered at the Ōdai Yamamoto Site in Sotogahama.

The Jōmon people held funerals and religious ceremonies, and the disabled among their communities were well cared for. These ancestors of the Japanese people were able to live enriched lives for more than 10,000 years.

As sustainability becomes a major challenge and theme for those living in the present age, the lives of the Jōmon people pose a disconcerting question: will our current way of living sustain our civilization for 10,000 years, too?