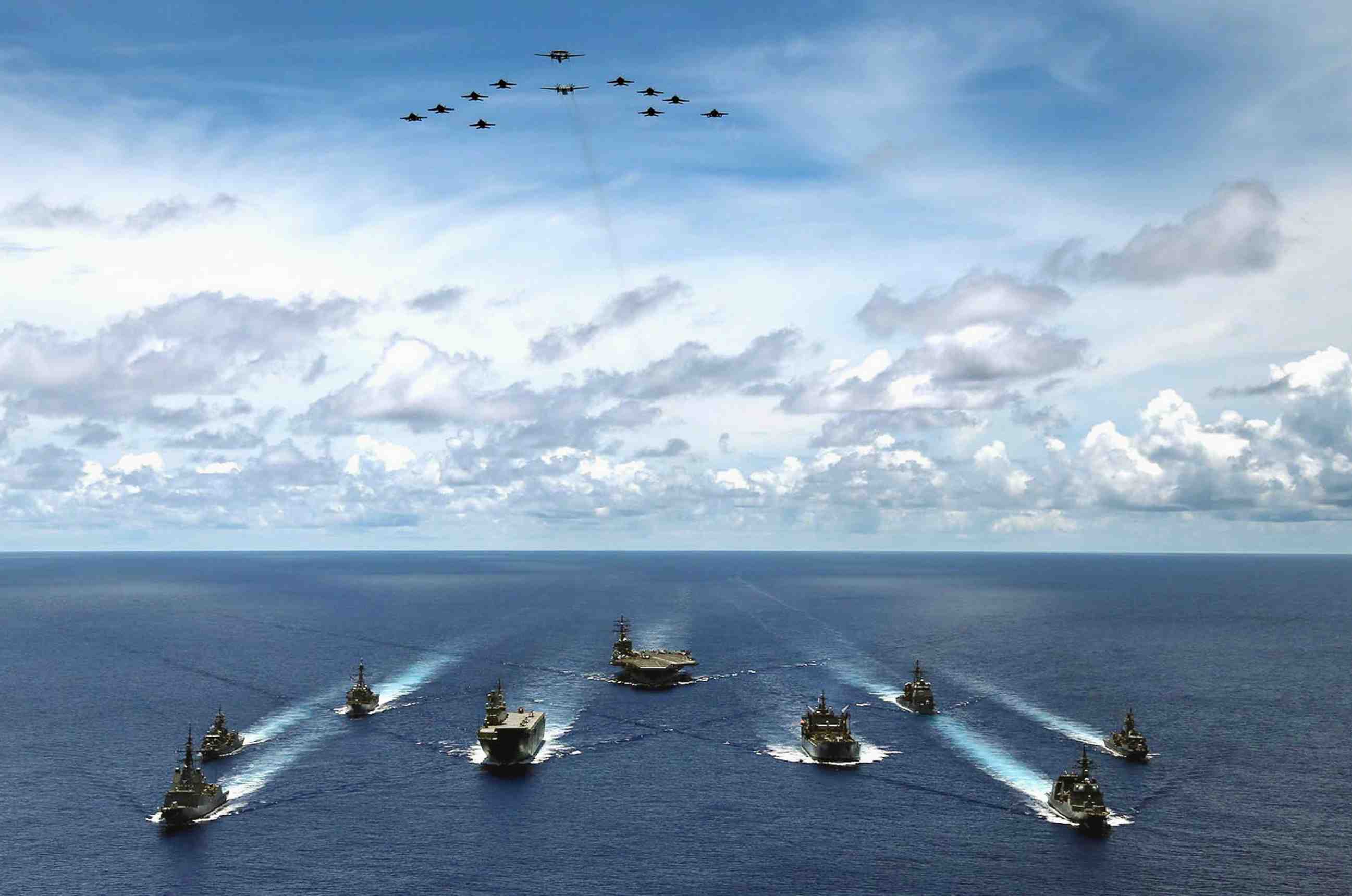 Chinese Foreign Minister Wang Yi in March 2018 had famously dismissed the Quad and the Indo-Pacific concept as a “headline-grabbing idea” that would “dissipate like sea foam”. However, since then, the concept of the Indo-Pacific has only gained importance.

New Delhi’s recent decision to invite Australia into the Malabar naval exercises in November marks a new era in the ties between the four countries—India, Australia, Japan and the U.S.  Interestingly, these four countries are also members of the Quadrilateral Security Dialogue, the “Quad”.

The Malabar exercises started as bilateral exercises between India and the United States. Thereafter, Japan was invited as a permanent member of the same in 2015. These exercises assume significance in the light of the common interests of the member countries in forging a “Free and Open Indo-Pacific”.

For a while now, India had been dithering on whether to invite Australia into the gathering—but not anymore.

So, what may have prompted this change?

First, no doubt, the border clashes with China played a major role in forcing India’s hand. On the other hand, the meeting of the Quad foreign ministers earlier in October in Tokyo also saw an increase in diplomatic activity involving the Quad nations. Also, while there had been a feeling among sections in New Delhi that inviting Australia into the Quad could be seen as a kind of “militarization” of the Quad, that kind of thinking is not in vogue anymore.

Second, there is no denying that it is China’s growing belligerence that has in some measure provided the glue that is bringing these four democracies closer in the Indo-Pacific. Under President Xi Jinping, Beijing has not shied away from imposing its will in its neighborhood, while its so-called “wolf warrior” diplomats have broken all accepted norms of international behavior.

Third, Australia had been very keen on participating in these multilateral naval exercises. Ever since the coronavirus pandemic broke out in Wuhan, China, Sino-Australian relations have seen a gradual unravelling. Beijing took umbrage at the fact that the Australian PM called for an independent international enquiry into the origins of the coronavirus outbreak.

What’s In It for Japan?

For Japan, especially the JMSDF (Japan Maritime Self Defense Force), this enlargement of the Malabar exercises is a major step forward. Its cooperation with the Indian Navy has seen remarkable progress, as with the U.S. and the Australian navies. Earlier, in September, India and Japan signed the ACSA (Acquisition and Cross-Servicing Agreement (ACSA). Interestingly, even during the pandemic, the JMSDF has sent ships on the Indo-Pacific Deployment (IPD).

The Japanese Prime Minister Yoshihide Suga, who took over from former Prime Minister Shinzo Abe, has signaled that Tokyo’s commitment to the “Free and Open Indo-Pacific” will continue, including during his recent visit to Vietnam and Indonesiaーhis first overseas visit after taking over as the prime minister.

In another related development, during the recent visit of the Australian Defense Minister to Japan, the two sides agreed to start working on the Japanese Self-Defense Forces protecting Australian military assets including vessels and aircraft in non-combat situations.

However, it may not be smooth sailing immediately for the Malabar after the inclusion of Australia. The future of the Malabar will depend on how far Delhi, Tokyo and Canberra are prepared to go when it comes to standing up to China. In the past, all of these countries have in some way or the other developed cold feet when it comes to the Quad.

The Chinese Foreign Minister Wang Yi is supposed to pay a visit to Japan (which is yet to be confirmed), while Prime Minister Narendra Modi is supposed to come face-to-face (online) with Chinese President Xi Jinping during the BRICS Virtual Summit on November 17.

Both Japan and Australia have close economic ties with China, and in the light of the hit their economies have taken in the wake of the coronavirus, China still holds some cards.

Then there is the issue of the interoperability of the navies, as India still uses some Soviet-era weaponry. However, it is progressively getting better as it is now importing an increasing array of U.S.-made weaponry.

India’s decision to invite Australia into the Malabar exercises is certainly an indication of things to come in the wider Indo-Pacific region. The Trump Administration in the U.S. has been on the diplomatic offensive vis-à-vis China and it is unlikely that Washington will yield in the times to come, even if there is a change in the presidency. In addition, the U.S. under President Trump has been progressively detaching itself from China, especially in the economic sphere.

At the same time, Australia seems to have turned a corner in its ties with China. In the past, Australia has benefited from huge numbers of Chinese students in its universities. While feeding China’s rapid economic growth, Australia benefited from the supply of raw materials.  That golden era in Sino-Australian ties seems all but over.

On the other hand, the relations between the Quad nations has improved considerably since 2007, when it was originally founded. Besides, the Chinese PLA Navy is now the world’s largest navy in terms of ship numbers (eclipsing the U.S. Navy) and no doubt this is leading to a lot of recalculation when it comes to countries like India, U.S., Japan and Australia, especially in the maritime sphere.

Dr. Rupakjyoti Borah is a Senior Research Fellow at the Japan Forum for Strategic Studies, Tokyo. His forthcoming book is The Strategic Relations between India, the United States and Japan in the Indo-Pacific: When Three is Not a Crowd. He has also authored two other books. He has also been a Visiting Fellow at the University of Cambridge, the Japan Institute of International Affairs (JIIA), Japan and the Australian National University. The views expressed here are personal.  Twitter @rupakj