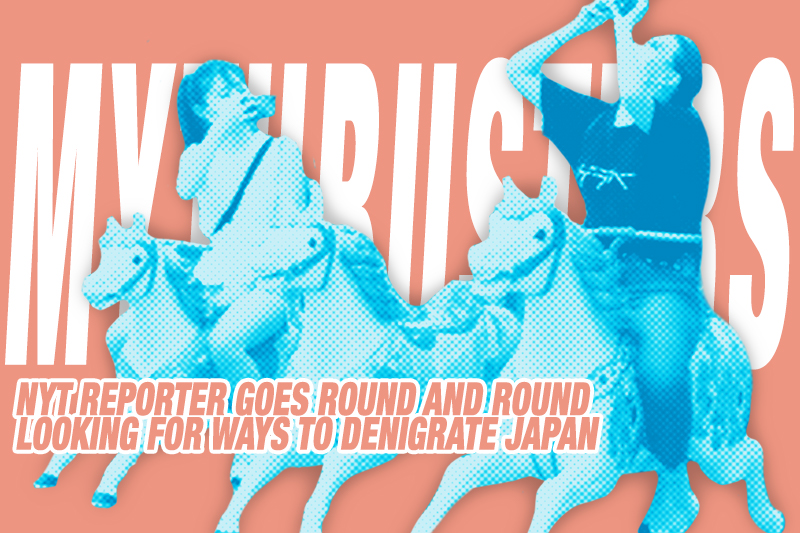 Shortly before the Toshimaen amusement park in Tokyo closed on August 31, Motoko Rich expressed an interest in the closing on Twitter. Since I myself was writing an article on this subject, I wondered what she would write that I could not, given that I have no research assistants and nothing like the resources of the New York Times (NYT) Tokyo bureau, or the Asahi Shimbun that hosts it.

The answer came nearly a month after the closing in “This Carousel Has Had Quite a Ride. Will Anyone in Japan Save It?”  This was yet another article denigrating Japan and the Japanese by Ms. Rich asserting the superiority of Americans and Europeans. 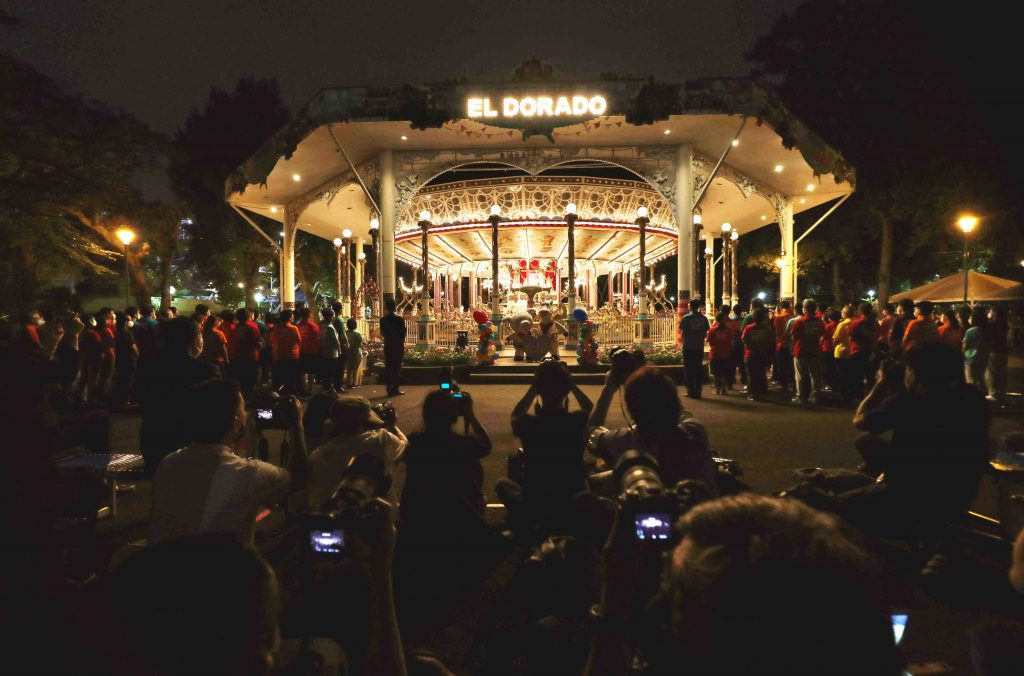 In addition to this subjective cultural and implicit racial assertions, the article was marked by errors of fact.

The merry-go-round, and the faded time capsule of a park that housed it, are making way for a Harry Potter theme park — a familiar tale in a very old country that tends to discard the merely somewhat old for the new.

Despite having Japanese research assistants to cover for her functional illiteracy in Japanese, Rich manages to get even basic facts wrong. What has been announced is a Harry Potter studio tour similar to the one in London. The two are quite different.

A studio tour is essentially a museum dedicated to a film or film series. It is an indoor attraction without rides and other outdoor attractions associated with theme or amusement parks.

There is already a Harry Potter theme park in Osaka, The Wizarding World of Harry Potter. There has been no indication in any English or Japanese language report that Seibu or the owners of the Harry Potter franchise have any intent to build a competing facility in Tokyo.

Rich nowhere defines “the merely somewhat old.” But it can be assumed that she is thinking of things in the 100- to 200-year range because she claims, without evidence, that while “the Japanese are fiercely proud of the country’s centuries-old monuments of cultural heritage,” they neglect things like the 113-year-old German carousel that was featured at Toshimaen.

At least for items that survived the B29 fire bomb raids in the last months of the Pacific War, there has been quite a bit of preservation. I have written in JAPAN Forward about three examples.

The Edo-Tokyo Open Air Architectural Museum houses a fine collection of restored and preserved buildings dating from the early 19th century to the mid-1950s, ranging from farm houses to public baths and shops. The Japan Open Air Folk House Museum in Kawasaki is dedicated to 18th and 19th century folk architecture. In my article about this museum, I also take up the role foreign nationals have played in the preservation movement in Japan.

The Omiya Railroad Museum preserves locomotives, carriages, and other items dating from the first railroad in Japan. It houses numerous items approximately the same age as the El Dorado carousel at Toshimaen. 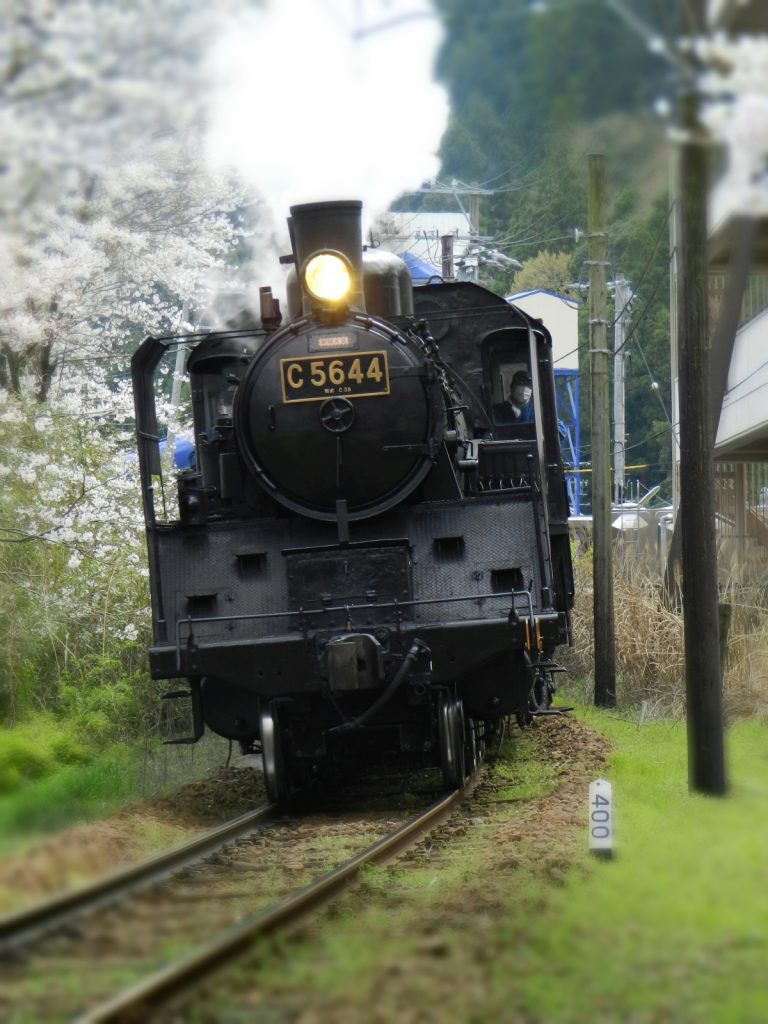 There is a similar museum in Kyoto with a steam engine manufactured in Japan in 1914 as one of its show items. Several private railroads, including the Chichibu Railroad and the Oigawa Railroad, derive substantial income from preserved steam trains that are highly popular with domestic and foreign tourists.

The maritime and foreign trade history of Japan is honored with well-preserved sites and artefacts in Yokohama. Just a few weeks ago, as part of research for an article on Yokohama and its historical sites, I toured the beautifully-preserved Nippon Maru, a merchant marine training ship built in 1930, and the red brick warehouses dating from the 1920s. 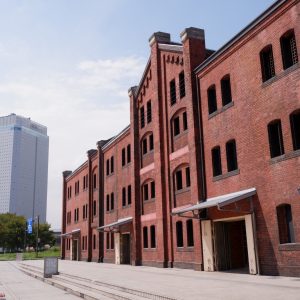 Red brick warehouses in Yokohama dating from the 1920s 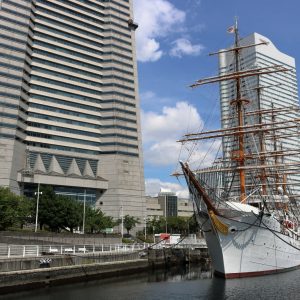 Nippon Maru, a training ship dating from the 1930s, docked in Yokohama 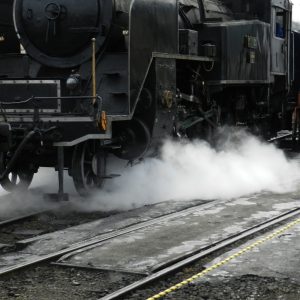 One of many preserved steam engines in Japan

Yokohama has many other preserved sites and buildings. The foreign-style buildings in the Bluff District, dating from the opening of Japan to foreign trade in the mid-19th century, are especially popular with domestic and foreign tourists.

Similarly, there are parts of Tokyo with shopping districts that thrive because of their preservation of retro buildings and atmosphere, even retro street food. These include Yanaka, Jizodori, Shibamata, and parts of Asakusa, which also hosts a retro amusement park older than Toshimaen. 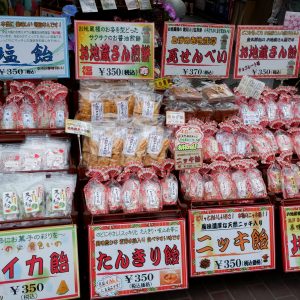 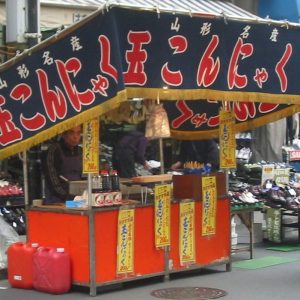 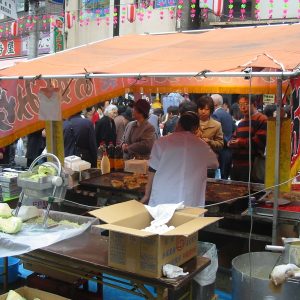 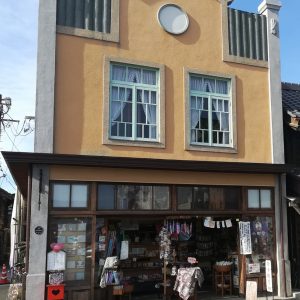 Buildings of the Taisho era (1912-26) are abundant in Kawagoe 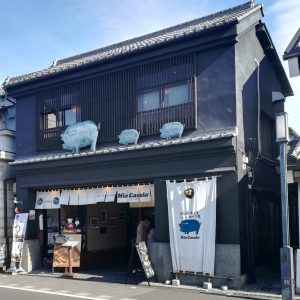 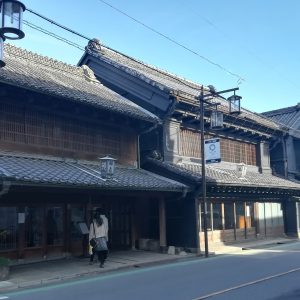 A street view of Tokugawa-Meiji style buildings in Kawagoe

Kawagoe, only 30 minutes removed from central Tokyo, thrives as a tourist destination because of its well-preserved buildings in the 100- to 200-year-old range.

Provincial cities often have a scattered collection of buildings in the same range. As a social historian focused on post-Meiji education, one of the things I always do is seek out preserved school buildings, such as the Kaichi School in Matsumoto built in 1876. 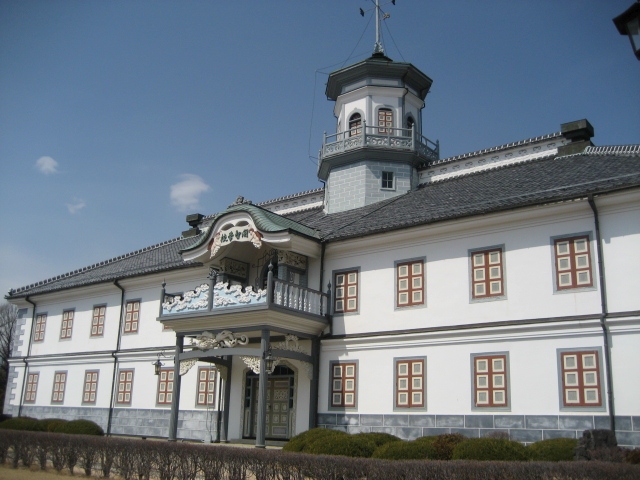 In her rush to denigrate Japan and the Japanese, Rich seems to have entirely missed the recent push for recognition of “not so old” sites from UNESCO.

In 2015, Japan gained recognition for 23 industrial and maritime sites dating from the mid-19th to the early 20th century. While some, such as Battleship Island, derive their appeal from their dilapidated state, most are in remarkably good condition, thanks to the efforts of the Japanese owners.

These sites survive for two reasons: (1) they were not destroyed by U.S. air raids; and (2) the companies that owned them put time and money into their preservation.

The Tomioka Silk Mill (Gunma Prefecture), recognized by UNESCO in 2014, is a leading example. It survived only because the company owning it bore the substantial expense of maintaining the facility for decades after it was closed. It is now the centerpiece of a preservation movement focused on silk production in the area.

A Japanese industrialist was largely responsible for what is perhaps the grandest and most attractive case of preserving the “not so old” in Japan, the Museum Meiji Mura in Inuyama, Gifu Prefecture.

Opened in 1965, the museum houses buildings, trams, steam engines, and other artefacts from the late 19th century into the early 20th century. Items have been collected from throughout Japan as well as from foreign countries, including the United States and Brazil.

Reconstructed and preserved buildings are not just Japanese in design. If anything, the museum is heavy on Western-style buildings in Japan, including the mansions of early Meiji leaders, and most notably the Main Entrance Hall and Lobby, of the Imperial Hotel as designed by Frank Lloyd Wright.

Reading Rich’s article, I find it impossible not to think that she has an implicit agenda: reassuring Americans of their superiority to the Japanese. She writes:

Historic preservationists fear that the Japanese public will not rally to save the merry-go-round, as groups in the United States and Europe have done for other carousels and amusement park rides.

This statement is questionable on several levels. A preservation movement only becomes necessary if Seibu decides to discard the carousel as industrial waste. Instead, it has been placed in storage while Seibu seeks a new home for it, possibly in Seibu Yuenchi, another amusement park it owns in Tokyo.

Moreover, before it goes anywhere, it needs to be refurbished. It is a collection of antique mechanical parts and woodwork. See it up close, as I did on closing day, and the wear and tear is hard to miss.

Even worse is the statement about groups in the United States and Europe. To me, as a Japanese citizen of U.S. and European origin, this is what is sometimes characterized as a dog whistle — a coded message that some will miss but which the target audience will catch. It is hard not to think that Rich is saying, “white people do it better.”

Her cultural bias is also shown in the sources she cites, including an American preservationist, who says:

Leaving a jewel like it locked up and out of use poses risks of its own. In several cases, things sat in storage and things seemed to disappear.

This is in fact a statement about what has happened in the U.S., not Japan. And the idea that a whole carousel would go missing from the warehouse of a high-profile Japanese company requires a hyperactive imagination.

If nothing else, Seibu has an incentive to take good care of the carousel because parts could be sold at a good price as memorabilia, something it has already been doing with other bits from the closed park.

Ever since she arrived in Japan after covering American regional real estate for the NYT, Rich has repeatedly written articles denigrating Japan and the Japanese people. I have no way of knowing if this is related to Rich being half Japanese, whether she really believes that the Japanese are culturally inferior to Americans, or whether she writes what NYT editors want to publish to reassure the predominantly white elites who read the paper of their superiority.

Whatever the motivation, it is extremely offensive. Moreover, Rich is not the only source of Japan bashing in the NYT. It has drawn on both Japanese and foreign writers for this.

Japan Times chose to reprint it.  Articles asserting that “Japan lags behind other countries” in this, that, and the other thing are on the Japan Times menu almost every day.

Typically, such claims are not backed by any hard evidence, or at most it comes from cherry picked data or questionable surveys.  In several cases I have taken up, the claims of lag are demonstrably bogus.

Justified criticism is one thing, but bogus claims of Japanese backwardness are something quite different, as they only feed Western notions of superiority.

The only good thing that I can think of to say about her writing is that it is not as blatantly racist as the NYT handling of Japanese commercial whaling has been.

Any Japanese who subscribes to the NYT should be asking themselves, “Why am I sending money to a company that treats Japan and the Japanese people with contempt?”

Any Japanese company that advertises in the NYT should be asking, “Do those who seemingly lap up stories expressing contempt for Japan really buy Japanese goods and services?”

If the management of those companies does not ask this question, stockholders should.