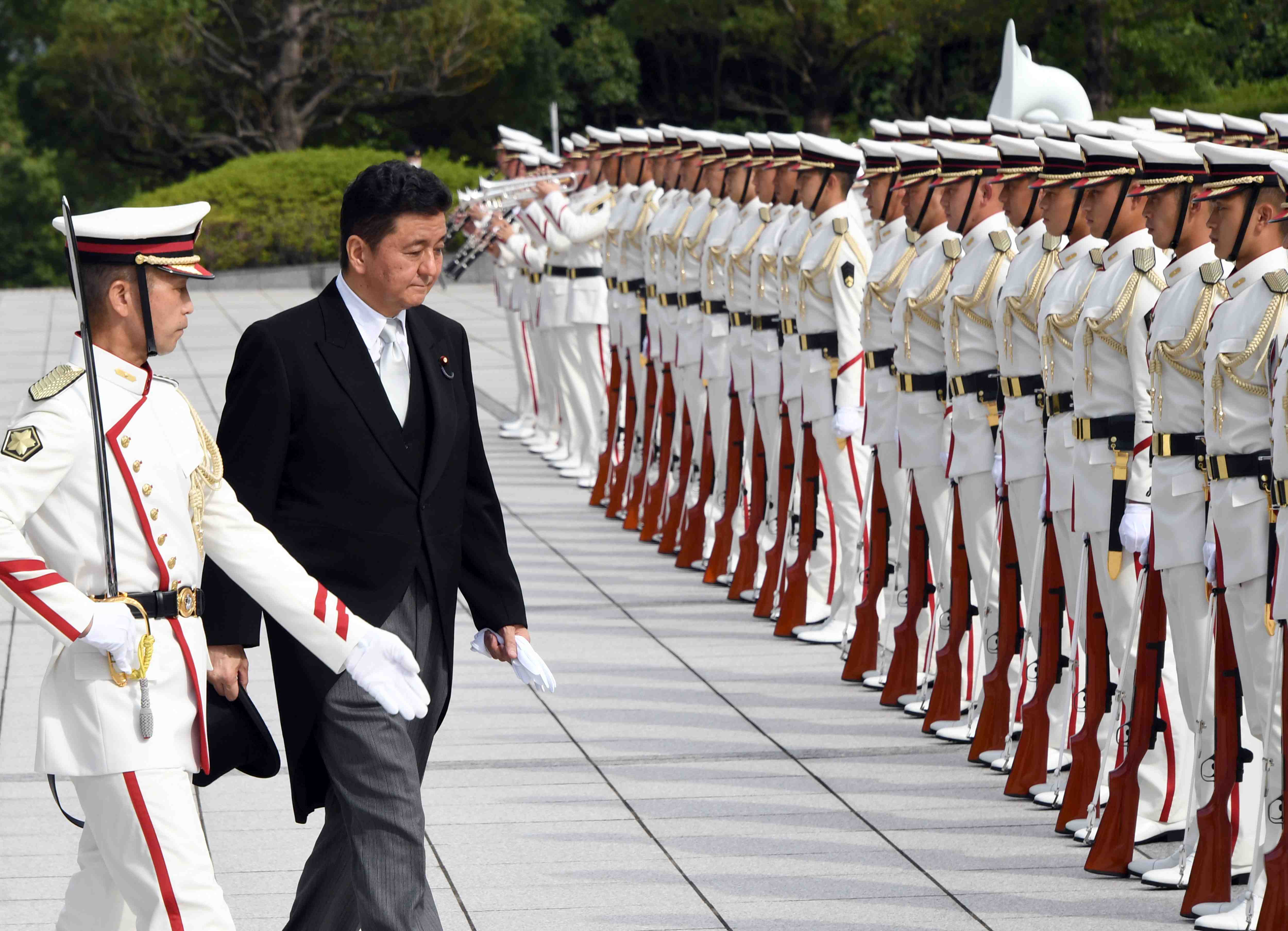 Prime Minister Yoshihide Suga’s choice of Nobuo Kishi as defense minister has belied expectations that he would be more accommodating to China than was his predecessor Shinzo Abe.

Kishi, younger brother of Shinzo Abe, is noted for being unabashedly pro-Taiwan, as were his father Shintaro Abe and grandfather former Prime Minister Nobusuke Kishi. (Kishi was adopted by his uncle when he was a child, so his last name differs from Abe’s.)

During the election for Liberal Democratic Party president, Suga had been perceived to express a negative stance towards a “China containment” strategy, under the strong influence of Toshihiro Nikai, secretary general of the LDP and prominent member of the pro-China lobby within the party.

However, now Suga seems to have adjusted his thinking somewhat. That is evidenced by his appointment of Kishi as defense minister. The move has put Beijing on guard, but has been highly welcomed in Taipei. At the same time, it is an indication that at least in some respects Suga will continue the foreign policy line of his predecessor Abe.

Kishi previously served as parliamentary secretary for defense, senior vice foreign minister, and head of the Committee on Security in the Lower House of the National Diet. He was already considered a prospective candidate for defense minister. That does not mean, however, that Suga lacked other choices for the post.

Suga’s Cabinet is characterized by the large number of ministers who have held onto their old jobs or who have had previous Cabinet experience. Those who have stayed in place include Deputy Prime Minister Taro Aso and Foreign Minister Toshimitsu Motegi.

Among those who had previously served as ministers are Justice Minister Yoko Kamikawa and Health, Labor and Welfare Minister Norihisa Tamura. It would seem that, faced with the COVID-19 pandemic, Suga wanted to play it safe by choosing individuals with experience in the top echelons of government.

But if that were strictly true, Suga would have chosen an experienced hand as defense minister who could effectively manage the Self-Defense Forces and maintain consistency concerning defense-related legal and constitutional issues in the Diet. Instead, he opted for Kishi, who is secretary general of an all-party group of Diet members dedicated to promoting friendly ties with Taiwan.

On September 18, two days after his appointment, Kishi was asked at a press conference about defense interchanges with Taiwan. He said that Japan’s relations with Taiwan should “basically be in accord with the Japan-China Joint Declaration of 1972.”

“We have consistently maintained our relations with Taiwan on a non-governmental, working level basis,” the new defense minister explained. “As defense minister I will handle things appropriately on this basis.”

Be that as it may, in the January 2020 issue of the monthly opinion magazine Seiron, in reference to the “Taiwan Crisis,” Kishi advocated pursuing security and defense cooperation between Japan and Taiwan.

“We must by all means advance a Japan-Taiwan security dialogue,” he wrote. “Furthermore, since nothing is more important than a U.S. involvement and presence, we should need three-way communication on defense involving Japan, the United States and Taiwan.”

During this earlier stage, Kishi touched upon an interview that The Sankei Shimbun conducted with Taiwanese President Tsai Ing-wen in 2019. At that time, President Tsai warned about the threat that China posed and expressed the desire to have a dialogue with the Japanese government concerning security issues and cyberattacks.

“The Japanese government has not responded directly,” Kishi said in reference to Tsai’s remarks. “President Tsai must be disappointed.”

The local media in Taiwan has reported on Kishi’s appointment as defense minister and expectations are growing in Taiwan for strengthened Japan-Taiwan ties in the security realm.

Peeking Behind the Curtain

We need to take note of another development as well. When former Prime Minister Yoshiro Mori visited Taiwan, he reportedly told Prime Minister Tsai, “If the opportunity presents itself, Prime Minister Suga would like to hold a phone conversation with you.”

Chief Cabinet Secretary Katsunobu Kato has, however, denied this report, stating, “There is nothing scheduled, and no such arrangements are in fact being made.”

Nevertheless, something similar happened five years ago in an incident in which Kishi was involved.

On October 8, 2015, then-Prime Minister Abe and President Tsai were at a Tokyo hotel at the same time. That was before Tsai was reelected by a landslide. Although it appears that Abe and Tsai took the opportunity to reaffirm cooperative bilateral ties, both sides denied that a meeting actually took place.

That day, Abe remained in the hotel for around an hour and 20 minutes in the early afternoon. He was said to be having lunch with Kishi and Yamaguchi Prefecture Governor Tsugumasa Muraoka.

Tsai was ostensibly there during the same time frame for lunch with the head of Japan’s “Interchange Association,” the organization that acts as the main window for Japan-Taiwan ties. Despite the denials from both sides, it seemed fair to assume that the two leaders engaged in unofficial contact, even if they refused to admit so publicly.

Was former Prime Minister Mori’s statement meant to send the same kind of signal? Despite the public denials, phone communication between Suga and Tsai would serve as a bilateral check on China. It’s impossible for outsiders to know for sure, and the appearance alone did not give China sufficient cause for a strong reaction.

Of course, it goes without saying that such an actual phone conversation in which Suga and Tsai can confirm their strategy towards China is imperative. Taiwan is an essential partner that shares the same fundamental values as Japan. We strongly encourage the Suga administration to achieve defense cooperation between our two countries.

Masataka Mine is a political staff writer with The Sankei Shimbun.