As Other Democracies Increase Defense Spending, Japan Sleeps on Its Fair Share 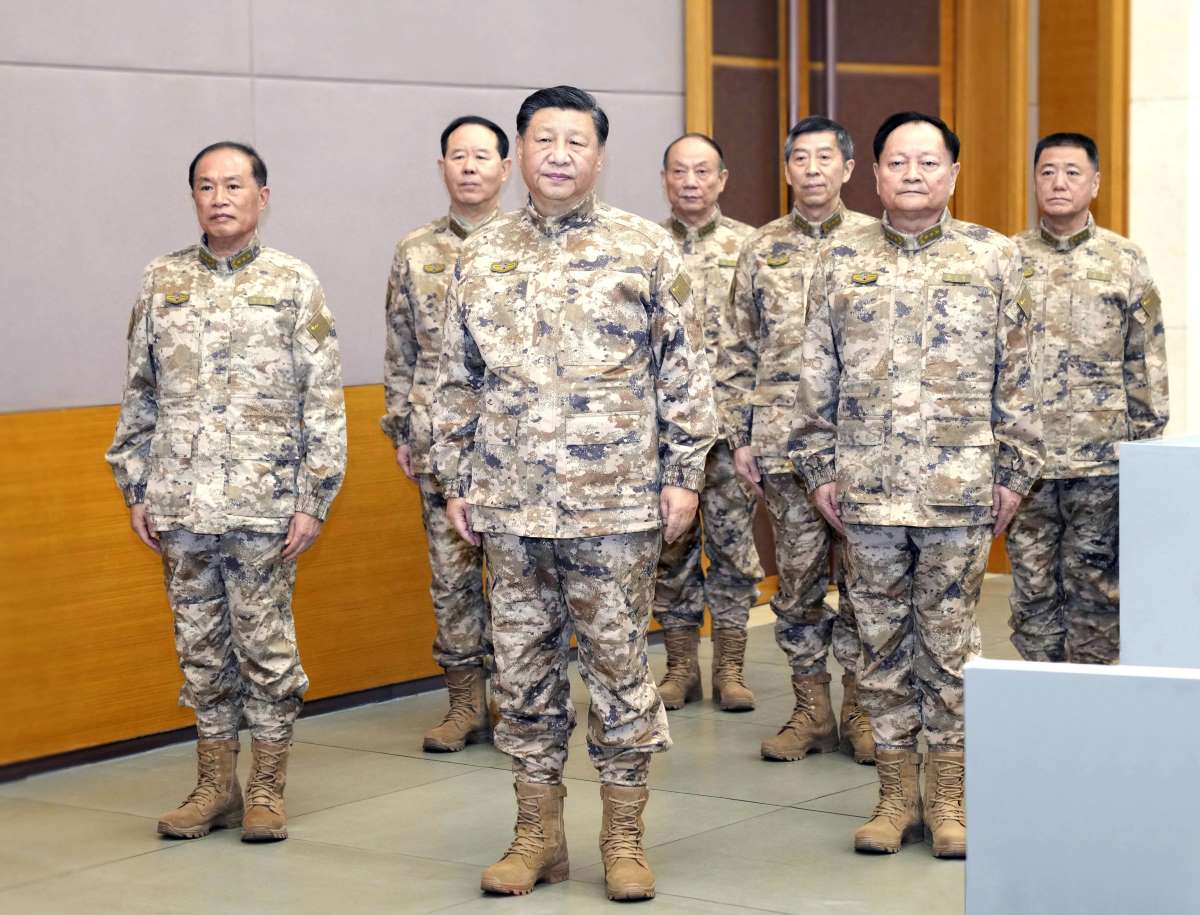 President Xi Jinping in military fatigues inspects the command facility of the Chinese military on November 8, 2022. (Xinhua via Kyodo)

"Japan needs to wake up. And I don't mean rubbing your eyes and slowly coming to life. I mean immediately jumping out of bed!"

That sharp warning comes from Elbridge Colby, deputy assistant secretary of defense under the former Trump administration, in an article that appeared in the November edition of the online Japanese business magazine Wedge. Colby contends that Japan's defense is lamentably inadequate.

Unless Japan beefs up its defense capabilities, he warns solemnly, it will invite the destruction of the Japan-US alliance. The United States is currently spending more than 3.5% of its gross national income on defense. It is creating an impression in the public that Japan is apathetic and the imbalance is unfair.

"The American people are asking why we must make great sacrifices for those who are not willing to sacrifice themselves," says Colby.

That brings to mind something that the late former Prime Minister Shinzo Abe said a little more than a month after Russia's invasion of Ukraine started: "Although Germany has awakened, many in Japan are slow to do so. Unless we properly increase our defense spending, the world will be shocked."

At the end of February, German Chancellor Olaf Scholz announced that Germany would greatly increase its defense spending on a year-on-year basis from 1.53% of GDP to more than 2.0%.

Scholz explained that the increase was "for the defense of freedom and democracy."

If that is true, then it is only natural that Japan, as a member of the same democratic camp, should be asked to pay its fair share for defense. That is even more true since we are surrounded by three dictatorships, namely China, Russia, and North Korea. And all three possess nuclear weapons.

According to a report by TV Asahi, General Secretary of the Chinese Communist Party (CCP) Xi Jinping delivered a speech clad in a camouflage uniform at the new command center of the CCP's Central Military Commission on November 8. In the speech he emphasized that the entire Chinese military "should devote all [its] energy to and carry out all its work for combat readiness. Enhance capability to fight and win, and effectively fulfill [its] missions and tasks in the new era."

We truly have entered a new era. And in it we are likely to face the greatest crises of the postwar period.

At the same time, Diet members remain inward-looking, preoccupied from morning till night. Their time is spent on verbal gaffes and sackings of Cabinet ministers. Meanwhile, the finance ministry is playing tricks to restrain spending on defense.

Japan does not appear ready to awaken from its delusional slumber.