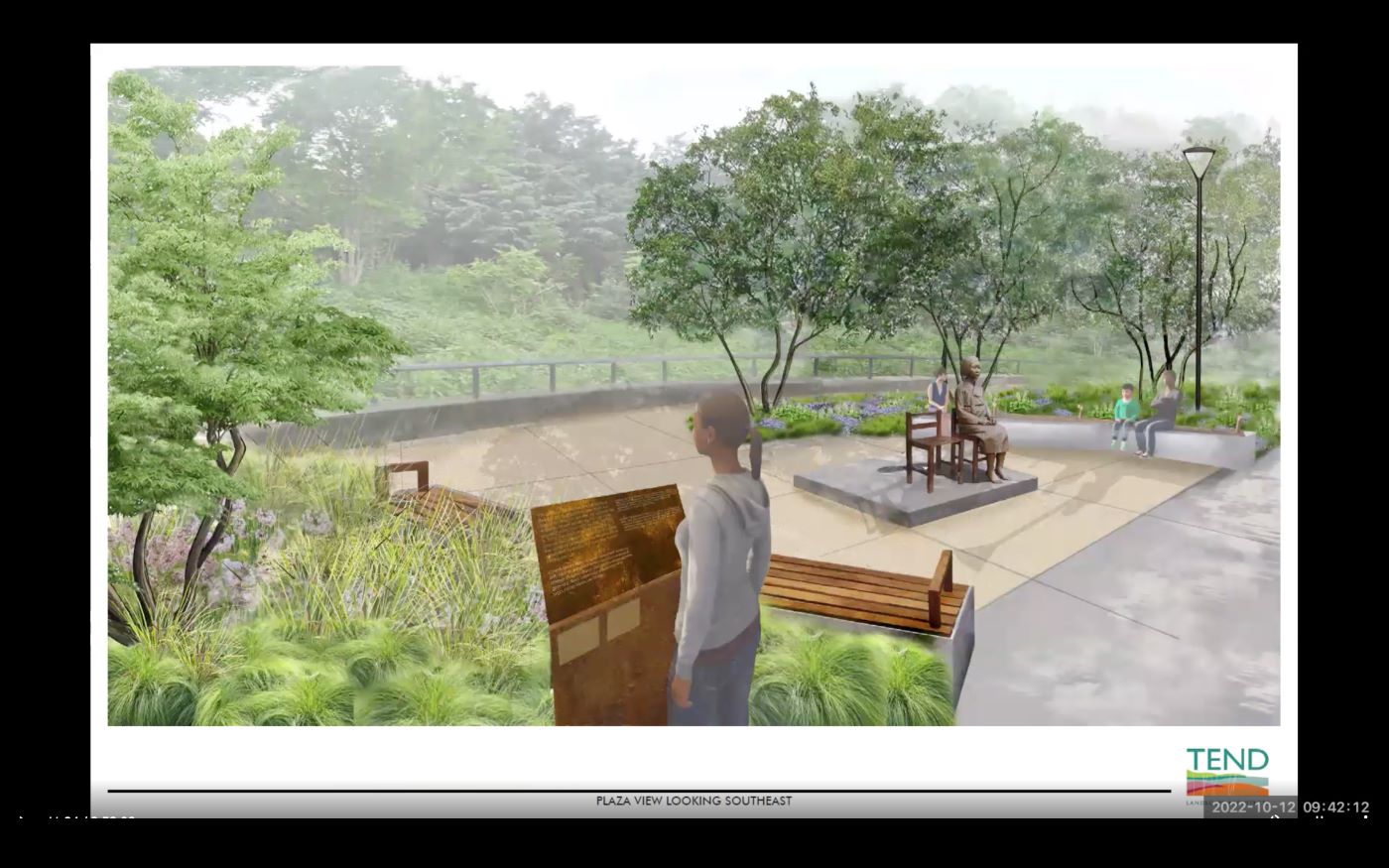 On Wednesday October 12 (local time), the Philadelphia Art Commission voted to conditionally approve the construction of the Philadelphia Peace Plaza, which includes erection of a "Statue of Peace" described as a sculpture commemorating the alleged victims of sexual slavery under Japanese Imperial rule. The motion was passed by 8 out of 9 commissioners, with one member, Mario Zacharjasz, absent from the entire meeting.

Endorsed by the Philadelphia Office of Arts, Culture, and Creative Economy, the proposal was originally presented to the city's Art Commission by Shinjoo Cho, chair of the Philadelphia Peace Plaza Committee, in February 2021.

Following the plan’s announcement, some local residents and civic groups expressed their apprehension, citing potential ethnic rows and targeted discrimination against the Japanese and Japanese Americans generated by this monument.

The regional issue extended transnationally, as a number of intellectuals and activists from South Korea and Japan dispatched letters of opposition to the commission.

In Thursday’s meeting, commission chair Robert Roesch noted that he had received 150 emails over the past few months. He acknowledged that 99% of the correspondence asked the commission not to endorse this project.

In September, in an attempt to address these concerns, the commission organized a special forum inviting persons from home and abroad to make public comments. Among the 31 attendees who spoke, some 21 participants, or over 70 percent, voiced mild to intense criticism of the statue proposal.

Opponents criticized the inscription panel accompanying the Statue of Peace in particular, which they claimed singles out the Japanese as the sole perpetrator of wartime sexual violence and Koreans as the sole victims.

In Thursday’s meeting, commissioner Carmen Miguel proposed incorporating a broader nature of such war crimes in history without jeopardizing the detail of this particular event during WWII.

However, Commissioner and self-styled activist Sarah McEneaney suggested that the initial inscription is reasonable and the sculpture is “poignant and powerful” precisely because it underscores the victims of a specific historical incident. Deborah Cahill, also a member of the commission, seconded her opinion.

McEneaney further argued that based on her research, women during WWII were “coerced into rape by the Japanese Imperial Army” and that the United Nations' findings corroborate this account.

Whether she was referring to the "Coomaraswamy Report" in 1996 or the "McDougall Report" in 1998, both issued by the United Nations Commission on Human Rights, is unclear. Regardless, left- and right-leaning academics alike have, for years, criticized the two publications for factual inaccuracies and errors.

Reaction From Korean and Japanese Experts

Kim Byungheon, co-chair of End Comfort Women Fraud, a South Korean civic group, was utterly astonished to hear the commission's ruling. "I was deeply involved in the 'resistance movement' against the Peace Plaza proposal, and so were many of my colleagues in Korea and Japan," he commented.

"Given that no single commissioner hesitated to approve the plan, despite overwhelming opposition, I cannot help but doubt their rationality and decision-making process," Kim added.

Kim, who holds over 14,000 followers on Twitter, shared this news this morning. As of the time of publication, it has since been retweeted 743 times, garnering 954 likes and assorted comments.

Yumiko Yamamoto, who heads Nadeshiko Action, a Japanese civic organization, noted: "The chairperson received gargantuan opposition emails, and yet none of them seem to have been reflected in the decision, which is deeply unfortunate."

She lamented that, "Some cities in America are deliberately choosing to become a hotbed for ethnic quarrels by encroaching on diplomatic matters between third-party states. To what extent these civil servants are aware of the comfort women history and its ongoing academic discourse is a mystery. But they, for sure, are crafting a precedent that irreparably harms Japan and the Japanese people's honor."

Conditional Approval by the Arts Commission

The meeting on Thursday lasted roughly 30 minutes, and the commissioners approved the plan contingent on two provisos: 1. A universal description of wartime violence shall be incorporated in the revised panel. 2) The inscription plaque's translation and its interpretation shall be part of the overall discussion.

Shinjoo Cho, who is spearheading the Peace Plaza plan, agreed to these provisions without objection.

The commission will meet again to examine the progress of these conditions. And if satisfied, the memorial space and the sculpture are set for construction at a designated site in Queen Village, Philadelphia.

This will be the seventh Statue of Peace built in the United States since its first establishment in Glendale, California, in 2013.

Find other reports by Kenji Yoshida for JAPAN Forward here.