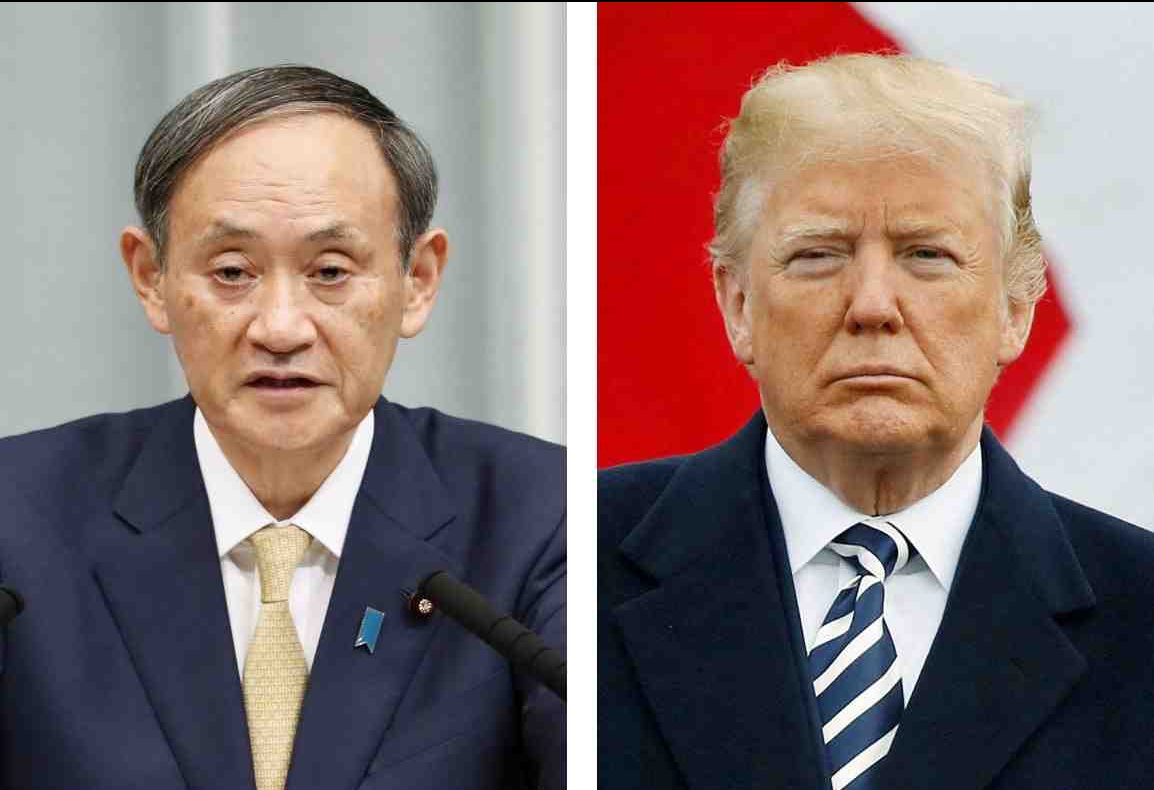 The 25-minute call was Suga’s first discussion with the U.S. president since he became prime minister on September 16.

Earlier in the day Suga had held a telephone conversation with Australian Prime Minister Scott Morrison.

Suga and Trump agreed to arrange a face-to-face meeting at the earliest possible date. Trump reportedly told Japan’s new prime minister, “If something comes up, feel free to call me any time, night or day.”

Concerning the unresolved issue of the abduction of Japanese citizens by North Korea, Suga vowed to move resolutely to quickly resolve the longstanding problem and asked Trump to continue to provide all available assistance to obtain that objective. The two leaders also agreed to bolster bilateral cooperation in addressing North Korea-related issues, including the nuclear and missile threats Pyongyang poses.

In addition, the two men agreed to cooperate in the development and distribution of treatments and vaccines for the novel coronavirus, as well as collaboration to achieve the “free and open Indo-Pacific” concept championed by former Prime Minister Shinzo Abe.

In a press conference at the prime minister’s official residence following the call with President Trump, Suga said the two leaders had agreed that “the Japan-U.S. alliance is the bedrock for peace and stability in the [Asian] region, and that they would continue to work together in the future.”

Concerning his discussion with Morrison, Suga said, “We agreed that Japan and Australia will cooperate and address problems together.”

“Following up on this, I would like to hold telephone exchanges with the leaders of different foreign nations, so that they can better understand where Japan stands [on various issues], and both sides can deepen cooperation,” the prime minister emphasized. 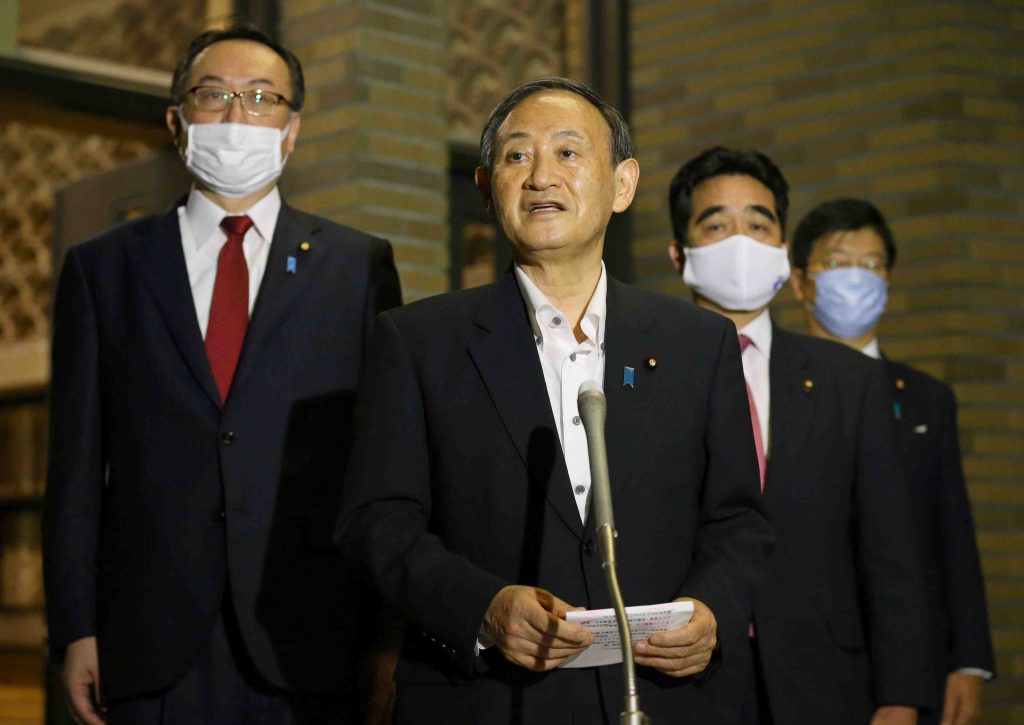 ‘Suga Diplomacy’ Off to a Fast Start

Suga’s telephone chats with Trump and Morrison signaled the start of the era of “Suga diplomacy.”

A Foreign Ministry source admitted that the fact that the prime minister’s first diplomatic exchanges were with the leaders of allies made things easier. He added that dealing with European or Australian leaders don’t involve the same kind of sensitivities as in dealing with the government of China or South Korea.

Evaluating Suga’s first calls with foreign leaders since forming his Cabinet, the Foreign Ministry source said that with the leaders of several foreign countries requesting to speak by phone with Suga, which nations were chosen for the initial calls was also a significant indicator of the likely foreign policy stances the Suga Cabinet will adopt.

By choosing its ally the United States for a phone discussion on the first day, the Japanese government was affirming the nexus of its diplomatic and security policies.

Reportedly in his Sunday exchange with Trump, Suga said, “The Japan-U.S. alliance remains a cornerstone of peace and stability for the region and international society, and I would like to work with you to further strengthen the alliance.” Trump replied, “I couldn’t agree more.”

Not only is Australia an ally of the United States, as the result of tremendous strides made regarding security cooperation during the tenure of former Prime Minister Abe, it can also be considered a semi-ally of Japan.

For one thing, Abe promoted the concept of a “free and open Indo-Pacific” to bind together countries which share the same values, and Suga has promised to continue the Abe line in this regard.

Even now, preparations are being made for a four-power meeting in Tokyo in October which will bring together the foreign ministers of Japan, the United States, Australia and India. 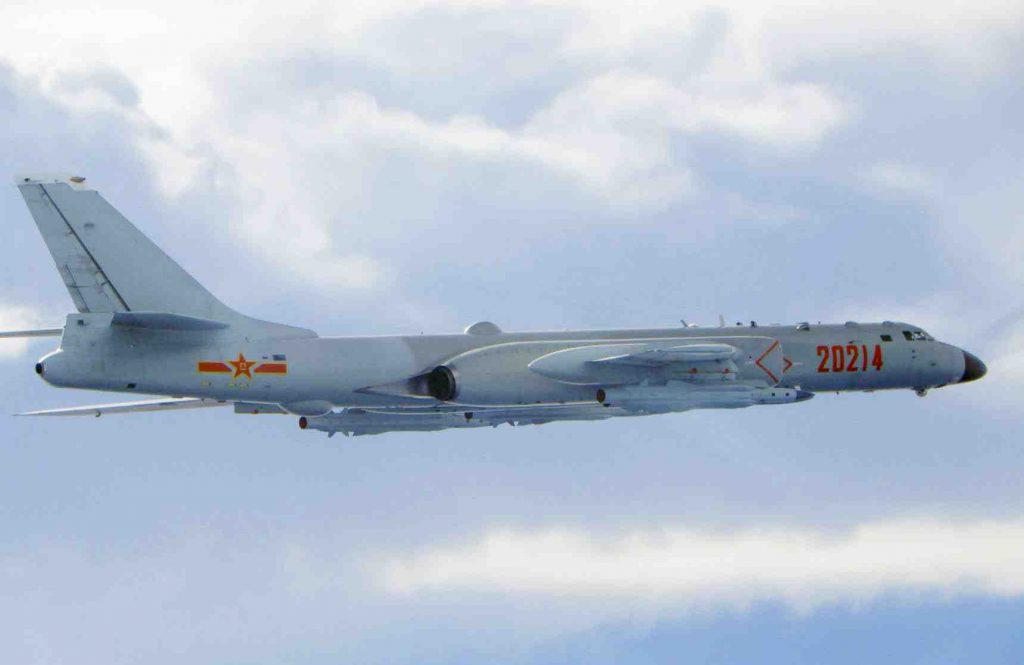 18 fighter jets were sent by China to penetrate Taiwan's airspace on September 18, in protest of the memorial service for "Father of Democracy" Lee Teng-hui

Although the Suga-Trump call was relatively short at about 25 minutes, the two men reaffirmed bilateral cooperation in key areas such as issues involving North Korea and countermeasures to deal with the novel coronavirus. The abduction issue in particular is a weighty problem that Suga has inherited from Abe, and Suga made sure to again ask for U.S. cooperation to help settle it.

However, that was not the only reason why Suga was eager to talk to Trump. Things have been getting hotter recently in Japan’s neighborhood. In an angry response to the visit to Taiwan by Undersecretary of State Keith Krach, on September 18 China sent 18 fighters and other military aircraft to penetrate Taiwan’s Air Defense Identification Zone (ADIZ).

With the increasingly tense international situation in mind, Suga apparently was eager to make plain to observers both at home and abroad his commitment to continued collaboration with allies and friendly countries.