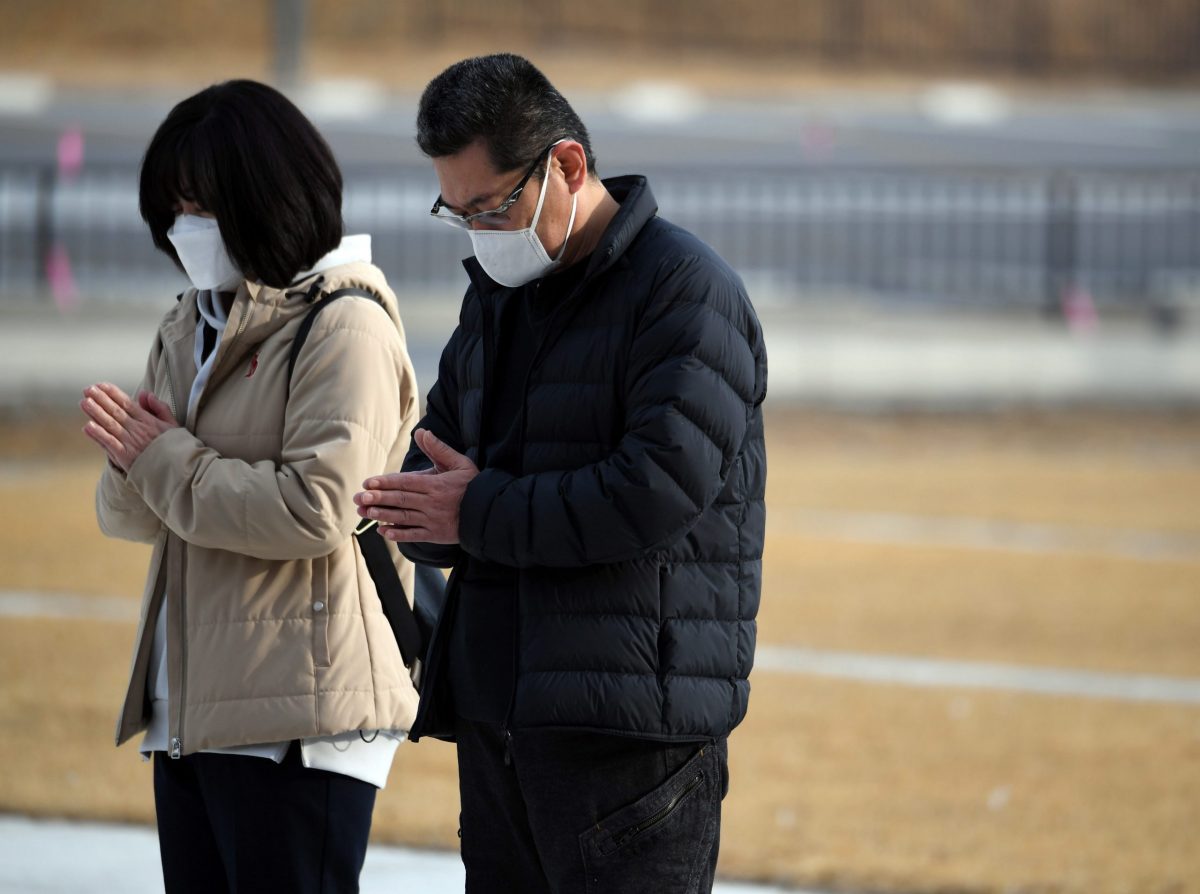 All of these years later, what has changed for those living in the region?

A survey conducted by Japan Broadcasting Corporation (NHK) from February 1 to 3 sheds some light on this question. NHK gathered answers from 1,000 respondents coming from the coastal areas of Fukushima, Miyagi and Iwate prefectures that were devastated by the Great East Japan Earthquake, and areas where evacuation orders were issued due to the related nuclear accident at TEPCO’s Daiichi nuclear plant in Fukushima.

The survey reveals that in terms of infrastructure, much of the recovery has taken place. Yet many perceive that more needs to be done in recovering the connections between the people that make the area livable.

In the daily press conference with reporters on March 10, Chief Cabinet Secretary Hirozaku Matsuno acknowledged that it was important not just to rebuild the cities, but also to take care of the hearts and minds of residents as the reconstruction of communities proceeds in the area.

On March 11, 2011, a magnitude 9.0 earthquake struck off the Sanriku coast of Japan. It was the most powerful quake ever recorded in the country, and the fourth strongest worldwide since the start of seismology.

The earthquake caused a deadly tsunami, which destroyed dozens of towns and killed at least 15,900 people. To this day, search efforts continue for the 2,523 people who are still unaccounted for.

The tsunami’s wave inundated the power supply equipment at TEPCO’s Daiichi Nuclear Power Plant with seawater, knocking out the electric power and the cooling system. This triggered a meltdown in several reactors, causing a nuclear accident including the release of radiation.

Infrastructure: The Rebuilding of the Sanriku Coastal Expressway

One tangible example of highly regarded recovery is found in the transportation infrastructure, and one good example is the Sanriku coastal expressway. This long coastal highway reopened for the first time in over ten years in December 2021.

Three-hundred and fifty-nine kilometers long, the road goes from Hachinohe in Aomori Prefecture, through Iwate Prefecture, and all the way down to Sendai in Miyagi Prefecture.

Because a large portion of the road along the Northeast Japan coastline was destroyed in 2011, the recently reopened coastal route has earned the nickname of the “recovery road.”

And now, those wanting to travel in that part of Japan have a very convenient and fast way to do it. End-to-end, the journey along this road now takes about five hours, whereas it used to take about eight and a half.

Towns and cities along the way include Kamaishi, Ishinomaki, and Kesennuma, all well known for the devastation they suffered from the tsunami that followed the March 11 earthquake.

The final city on the Sanriku Coastal Expressway – Sendai – connects Northeast Japan to the highway running to Fukushima, the Joban Expressway. This means that there is now a virtually uninterrupted stretch of highway running through the three prefectures most affected by the earthquake, a useful lens to measure the recovery.

In fact, this is reflected in the opinion of respondents to the NHK survey. According to the responses, among 1,000 people from Iwate, Fukushima and Miyagi, 69% agreed that roads and hard infrastructure had recovered.

The NHK questionnaire posed the question: “do you think that recovery [from the 2011 disaster] has reached completion?”

Among respondents, those replying positively (with answers “Yes,” or “More than expected”) differed on the basis of prefecture. In Iwate, about 50% of respondents agreed. In Miyagi that dropped slightly, to 45%, and in Fukushima it dropped even more, to 37%.

Behind the data is the fact that Fukushima prefecture was hit the hardest in 2011 due to its proximity to the damaged Daiichi Nuclear Plant.

Enduring Problems in Perceptions of Safety

Due to its strong association with the TEPCO nuclear power plant, the region of Fukushima has also been the worst hit in terms of perceptions of safety.

Following the nuclear accident, more than 55 countries and regions banned food imports from various parts of Japan out of fear it could be contaminated with radiation.

In autumn 2021, JAPAN Forward investigated the steps taken to measure and ensure food safety in Fukushima Prefecture, where the nuclear plant is located.

The Fukushima Agriculture Technology Center coordinates the testing of food products from the area in order to guarantee all safety standards are fully met, including those of international agencies such as CODEX.

As a result, attitudes are changing. On February 21, 2022 Taiwan lifted an import ban on food products from Fukushima and four other Japanese prefectures. Taiwan was one of few countries, including China, and South Korea, that still had in place a strict import ban first imposed in 2011. Most of the original 55 countries with food bans have now lifted them.

For fishermen and residents in the area, there is also the debate on the disposal of treated water currently stored at the Daiichi Nuclear Plant.

The Japanese government announced in April 2021 that, conforming to international safety standards and as part of the decommissioning process for the nuclear plant, the treated water will be released in a slow and diluted manner in the Pacific Ocean. Using an undersea tunnel about one kilometer off the coast of Fukushima, the release is due to begin in the spring of 2023 and take several years.

Even if it is scientifically safe, however, fishermen are concerned about reputational damage from the treated water release. Poor perceptions of food safety following the release could impact the value of marine products from the region ー and therefore their livelihoods.

Rebuilding a Sense of Community

Finally, the most prominent feature from the survey results was what some people in Japan call the “soft” aspect of recovery. This refers to intangibles which make a place nice to live, such as the connections between people and the vitality of the town.

Among survey takers, those who thought that the region had recovered in “local economy,” “town liveliness,” “connections between people,” and “livability,” were only 29%, 26%, 20% and 19% of respondents, respectively.

The effects of COVID-19 are not to be underestimated. Interaction between local residents has decreased due to the pandemic, and several regions have dipped in and out of states of emergencies. But the fact remains that there is a sense that once-thriving communities have not come back since the devastation of March 11, 2011.

Chief Cabinet Secretary Matsuno said on March 10, 2022 that the government was considering setting up special research units to tackle problems related to community-building in the area.

As Northeast Japan continues its path towards recovery, the next question will be not just rebuilding the buildings, but also the lively cities that once dotted this part of the world and made it so attractive to residents and visitors alike.