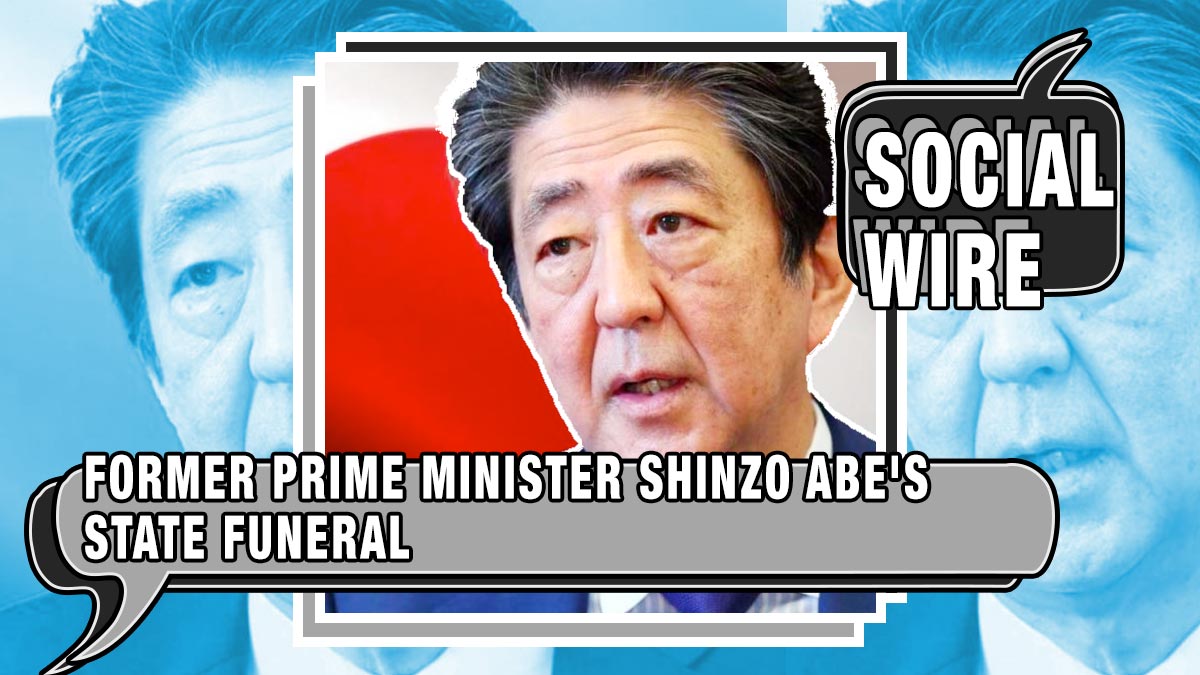 It was supposed to be just a regular summer day, or perhaps, just another day at the office, but it was not to be the case. Former Prime Minister Shinzo Abe, the longest-serving leader in post-war Japan, was fatally shot from behind during a campaign rally on July 8 in Nara.

Abe was assassinated by 42-year old Tetsuya Yamagami with a scrappy hand made gun. Investigation results say that the gunman's displeasure with Abe's perceived involvement with the Unification Church was the main excuse given for the homicide.

The ceremony began at about 2:00 PM and had over 4,000 in attendance to honor Shinzo Abe.

On Twitter, we look at some world leaders and political figures' words of condolences to former late Prime Minister Shinzo Abe.

I accompanied the people and government of Japan at the State Funeral of Former Prime Minister Shinzō Abe. Rest in peace.