Japan in Myanmar: What Lies Ahead? 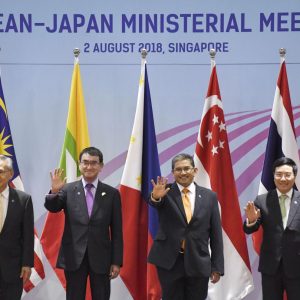 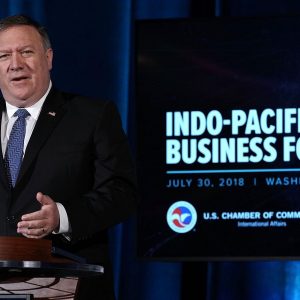 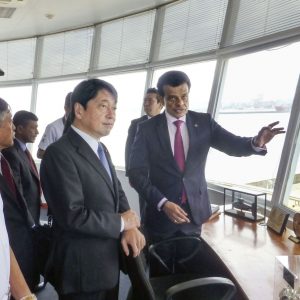 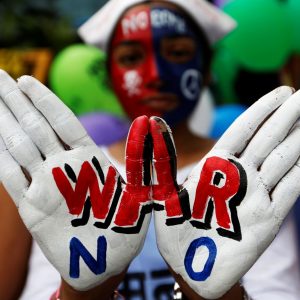 Shinzo Abe’s government has been advancing a diplomatic game plan known as the “Free and Open Indo-Pacific Strategy” since 2016. However, it remains sketchy in details. As it stands now, it appears more like a strategy that exists in name only.

I was present at an international conference held in Shanghai at the end of July this year in which multiple participants from Southeast Asia made statements such as, “What is Southeast Asia’s position within the Indo-Pacific strategy?” and “It is unjust to brand the cooperation amongst the Japan-U.S.-Australia-India alone (the “Quad” coalition) as the Indo-Pacific strategy.”

Clearly, if the Abe government regards this strategy as important, it is time to illuminate its contents without delay.

Prime Minister Abe’s Indo-Pacific strategy began in 2007 with a proposed partnership of four democracies — Japan, the United States, Australia, and India — to achieve regional security in the Indo-Pacific region.

Joint military exercises involving the Quad countries as well as Singapore were held in September the same year, and a meeting between the Quad’s foreign ministries at a director-general level was convened in Manila in November 2017.

However, a summit meeting between the four heads of state has yet to occur. One reason may be the perception that India, concerned about provoking a backlash from China, could be reluctant to add Australia to a summit meeting involving itself, Japan, and the U.S.

Although the Quad partnership has not been firmly settled, the core of the U.S. and Japan’s Indo-Pacific strategy is frequently referred to as an established agreement between Japan, the U.S., and Australia.

Is There A Role for ASEAN?

An important point here is that there are other forums that were set up to address the security of the Southeast Asian region: the Association of Southeast Asian Nations (ASEAN) Regional Forum (ARF), consisting of the foreign ministers of 27 countries and organization, and the East Asia Summit (EAS) attended by the leaders of 18 countries.

Known as “ASEAN centrality,” ASEAN sits at the core of both. Yet, if the center of the Indo-Pacific strategy shifts towards the Japan-U.S.-Australia-India Quad, the influence of ASEAN will weaken.

For this reason, some argue that in promoting the cooperation of the Quad, Japan and the U.S. should nevertheless preserve the EAS as the foundation of the Indo-Pacific strategy.

The biggest strategic concern for Japan and the U.S. lies in restraining China.

The focus naturally is Chinese President Xi Jinping’s global hegemonic strategy known as the “Belt and Road Initiative,” which weakens democracies as it extends the Chinese Communist Party’s stranglehold in the regions it touches. To counter this, Japan and the U.S. have been seeking to:

Recently, though, Malaysia and Myanmar, as well as Australia, have been revising their relationships with China due to their concerns about the expansion of China’s economic control within their countries.

Japan and the United States can limit the actions of China by supporting the countries that are reexamining these policies.

Examination of the differences in methodology shows China is advancing its “Belt and Road Initiative” in a widespread area through infrastructure investment which makes use of its own labor force. Japan, in contrast, links together Asia’s technology and the local labor force.

One example is in Africa. Japan’s method of foreign aid, as explained by the Ministry of Foreign Affairs, provides jobs and the opportunity for the transfer of technology to African countries, creating a desirable environment for economic development within the country receiving aid. Japan’s programs contribute to Africa’s steady development through free and open investment and trade, and through the Tokyo International Conference on African Development.

Tipping the Balance of Power in Our Favor

On July 23, 2018, the Research Institute for Peace and Security submitted a series of policy recommendations on national security and defense strategy to the government. The recommendations point out the need “to make concrete plans for a framework of cooperation in diplomatic, economic and military matters to advance the ‘Free and Open Indo-Pacific Strategy’ and turn the balance of power within the region in our favor.”

Countries receiving massive loans through China’s infrastructure investments are incurring crippling debts. As a consequence, they are being made to hand over to China long-term management rights to strategically important sites, such as harbors and established infrastructure. Should these sites and facilities be used for military purposes, the region’s balance of power will tip in favor of China.

It is important to secure freedom of navigation and aviation for the countries bordering and passing through the South China Sea, South Pacific, and Indian Ocean. To this end, it is also essential that Japan cooperate with the U.S. and Australia, which conduct freedom of navigation operations in the region.

Japan has a history of refueling the ships of ally nations and combating piracy in the Indian Ocean, which ought to be contemplated as the basis for Japan’s expanded role in the region.

Japan can also contribute to improving the safety of territorial waters and exclusive economic zones of related countries by supporting maritime law enforcement capacity building programs in the region.

I remain hopeful that Prime Minister Abe’s “Free and Open Indo-Pacific Strategy” will contribute to the region’s security and prosperity through meaningful policies.

Dr. Masashi Nishihara is president of the Research Institute for Peace and Security. Previously, he served as president of the National Defense Academy, where he was also a professor of international relations. Among others, Nishihara is a member of the Trilateral Commission as well as the U.K.-Japan 21st Century Group. From 2004 to 2006, he served as a member of the Weapons of Mass Destruction Commission chaired by former Swedish Foreign Minister Hans Blix. Nishihara has published extensively on Japanese foreign and security policy issues and has contributed to international newspapers.