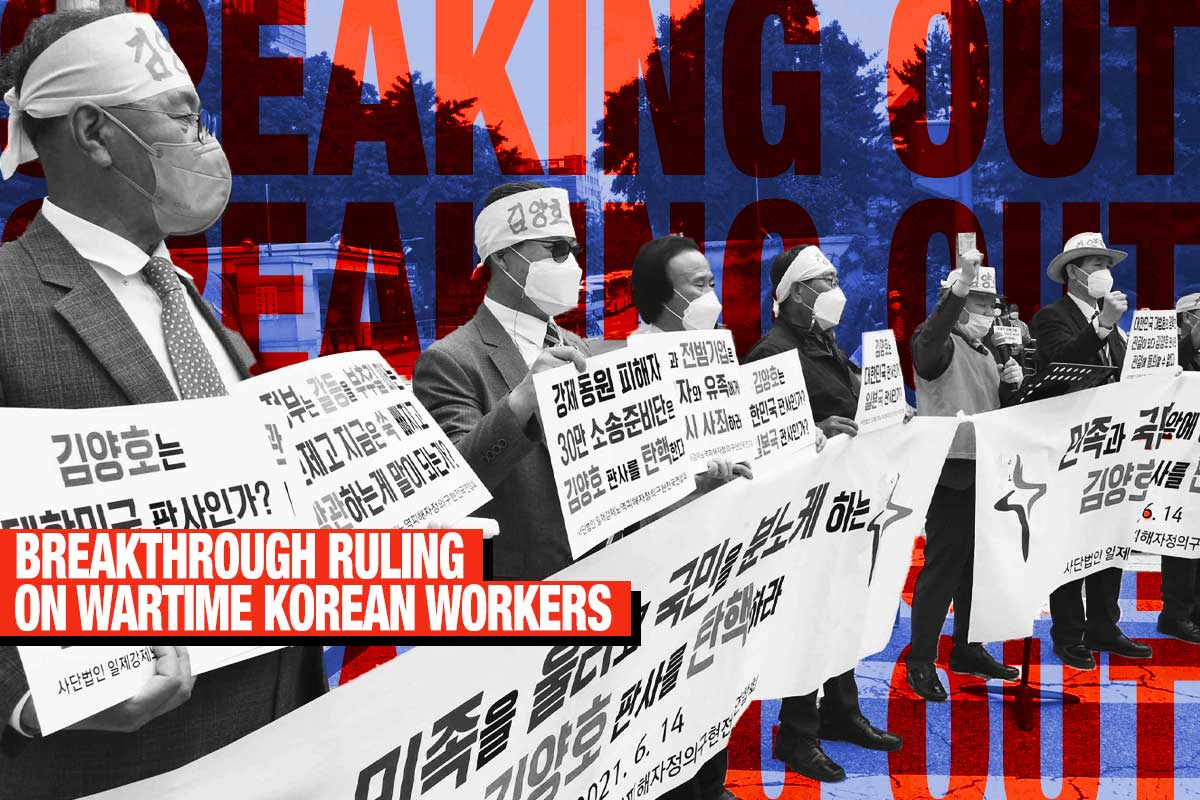 When reading the 43-page ruling, I was moved by presiding judge Kim Yang Ho’s sense of balance and patriotism.

Relations between Japan and South Korea have deteriorated since a South Korean Supreme Court judgment on wartime Korean workers in October 2018. The fundamental problem with the Supreme Court decision is that it self-righteously interpreted Japan’s colonial rule of the Korean Peninsula as illegal and contended that the right to claim damages for the illegal act should not be included into issues that were settled definitively under the 1965 Japan-South Korea Treaty on Basic Relations treaty and Agreement on the settlement of problems concerning property and claims.

The biggest achievement of the latest Seoul Central District Court ruling is the reversal of the Supreme Court’s 2018 judgment. Reaffirming the principle of international law that domestic law should not be used to justify any breach of international treaties, the district court ruling said that the Supreme Court judgment was based on a domestic interpretation of the colonial rule as illegal and thus the requisition of Korean workers as illegal. It went on to say that such domestic interpretation cannot justify any breach of the claims agreement, which amounts to a treaty in which Japan and South Korea agreed to settle all claims through compensation ー without reaching mutual understanding on whether the Japanese colonial rule was legal or illegal.

It then concluded that South Korea is internationally bound by the claims agreement. If South Korea implements compulsory execution to seize property of Japanese companies to win their damages payments, as requested by the plaintiffs, the dignity of South Korea as a civilized nation would be lost, the district court ruling said.

Reflecting the Sunset of the Leftist Regime

On April 21, a different team of judges at the Seoul Central District Court turned down a lawsuit by former comfort women, also demanding compensation from the Japanese government. The court’s reasoning was based on the principle of “sovereign immunity” ー that any sovereign government is immune from being sued in a foreign country.

The decision reversed a January ruling that ordered the Japanese government to pay damages. In January the earlier court had sided with plaintiffs, saying that the comfort women system represented an inhumane state crime and was exempted from the principle of sovereign immunity.

The two recent rulings made in favor of Japan might have been interpreted as indicating that the South Korean judicial branch has been influenced by a Moon Jae In regime that hopes to improve relations with Japan.

But I do not endorse such an interpretation.

The April ruling concluded that comfort women were coercively recruited by public authorities, but made its decision based on the logic that such state crime was still subject to the principle of sovereign immunity. It went on to urge the South Korean government to diplomatically resolve the former comfort women’s claims, which it said are still left unresolved.

Such a ruling cannot lead to improving Japan-South Korea relations.

The latest Seoul Central District Court ruling might reflect a relative  decline of anti-Japan leftists, as the leftist Moon regime has become a lame duck with less than one year left before its five-year term expires.

Recognition of facts regarding wartime Korean workers in Japan have become widespread in South Korea through the publication of Anti-Japan Tribalism (Bungeishunju, 2019) and the Korean language version of my Faked Requisitioned Workers (2021), published recently. Public recognition of these facts may also have exerted some influence on the judicial branch.

While the ruling Democratic Party of Korea and leftist media have harshly criticized judge Kim as a traitor, some newspapers, including the Chosun Ilbo that is usually susceptible to anti-Japan  populist messages, have supported the Kim ruling, indicating that South Korean public opinion is divided.

(A version of this article was first published by the Japan Institute for National Fundamentals, Speaking Out #802 in Japanese on June 14, 2021.)

Tsutomu Nishioka is a senior fellow and a Planning Committee member at the Japan Institute for National Fundamentals and a visiting professor at Reitaku University. He covers South and North Korea.