Stories of 2022: Kimono, Entertainment, and Culture 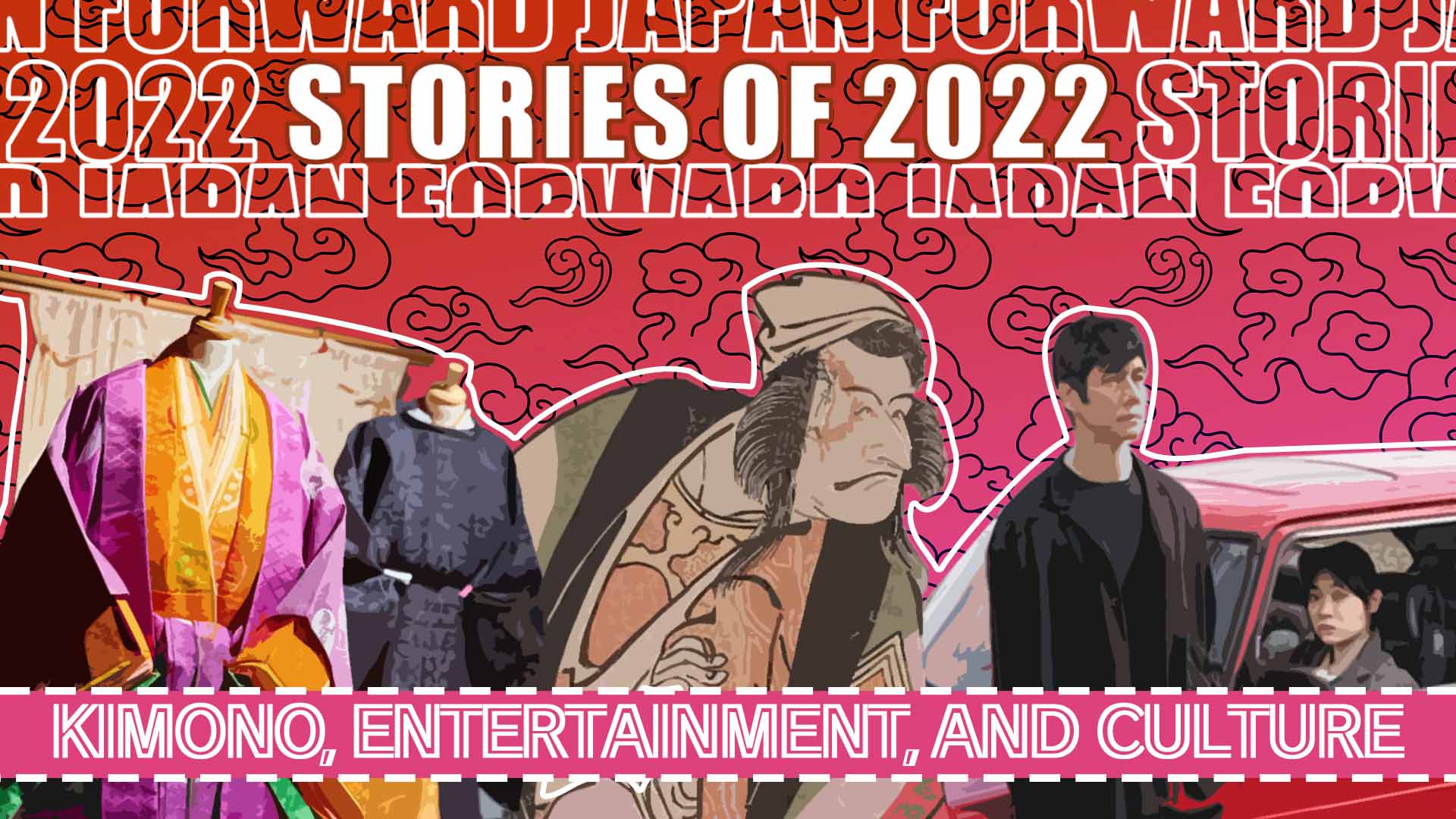 This year's end, JAPAN Forward is looking back at some different features of the year that just went by. What were the stories of 2022 that many of you were following most closely on JAPAN Forward during the year?

As a tribute to our readers and supporters, we are bringing back your choices in five installments. And without further ado, here is number 5: kimono, and along with it all things entertainment and culture.


5. Kimono and All that is Entertainment and Culture in 2022

Entertainment and culture is what fills our everyday lives, and some of the top subjects that our readers were following on the JAPAN Forward site.

Below we provide a selection of articles to look back on some of the best cultural stories of the year, including history of kimono, film reviews and other culture pieces.

Meisen kimono are on show now at the Saitama Prefectural Museum, giving visitors a taste of the fabric's uniquely bright, modern and joyous appearance.

Introducing a 100 year old school with storied traditions in kimono making in the heart of Tokyo that teaches the secrets and ecology of Japanese fashion.

Director Hamaguchi is enjoying a stellar award season, snatching the Golden Globe for Best Non-English Film in January 2022, and Best Screenplay at the Cannes Film Festival in 2021.

Onsen has been integral to Japanese culture since ancient times. The governors say that a UNESCO status for onsen would also contribute to Japan's economy.

In Tokyo through June 12, this is the only place in the world where Hokusai works from Japan and the United Kingdom are displayed in collaboration.