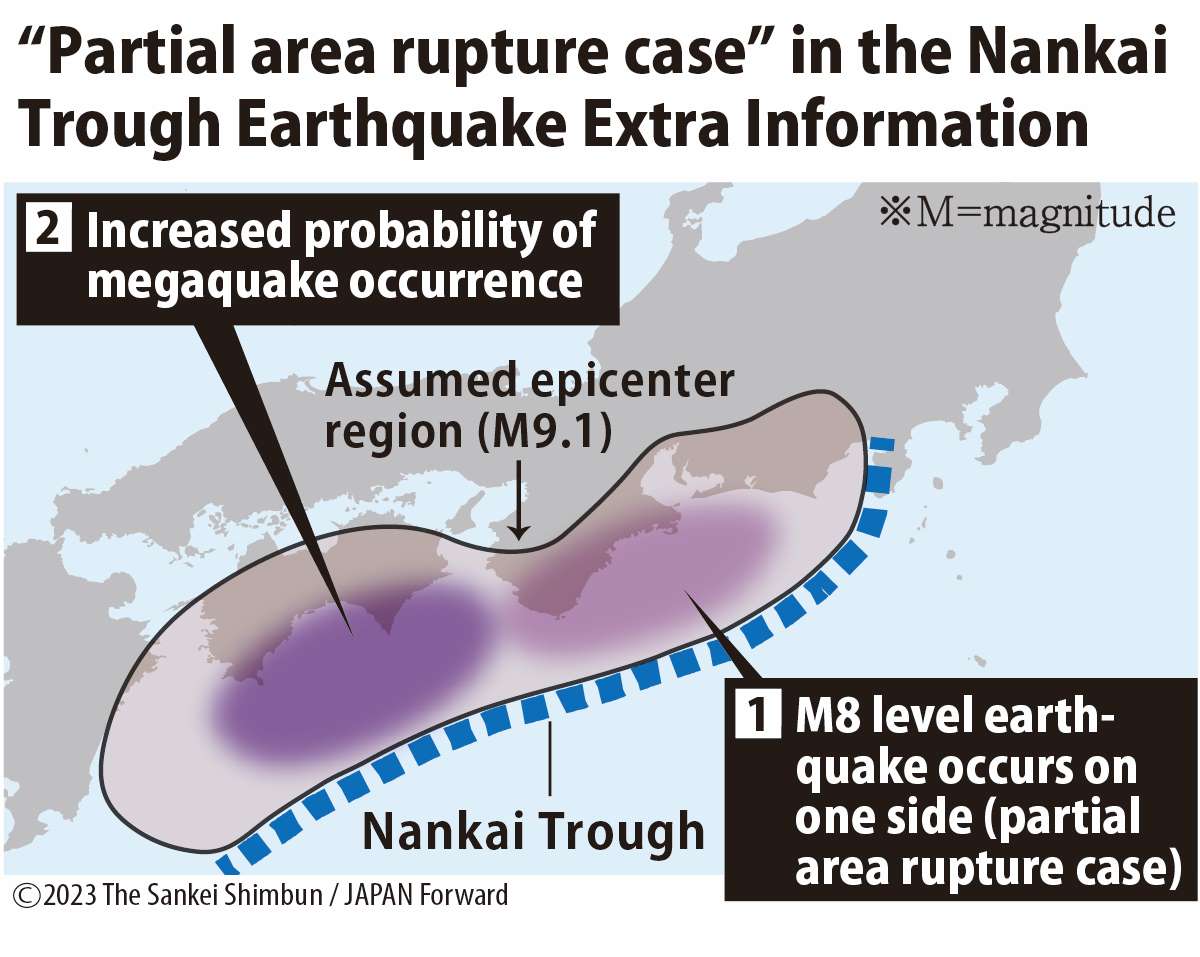 A team of researchers from Tohoku University and other institutions has found that "twin" megaquakes are likely to occur in the Nankai Trough. The study was published in the academic journal Scientific Reports on January 10.

According to the study, if a megaquake (magnitude 8 or greater) occurs in half of the anticipated epicenter region along the Nankai Trough, there is a 2.1 to 77.0% probability that another megaquake will follow within a week. That is up to 3,600 times higher than in normal conditions. Furthermore, twin megaquakes are more likely to occur in the Nankai Trough compared to other regions in the world.

The Nankai Trough stretches from Suruga Bay in Shizuoka Prefecture to offshore Hyuga Nada Sea, which lies off the shores of Oita and Miyazaki Prefectures. There, the Philippine Sea Plate subducts beneath the Japanese archipelago from the south, which can be a cause of devastating earthquakes.

The risk of a subsequent megaquake is thought to be the highest when the initial megaquake occurs in half of the epicenter. This is called hanware or a "half-impact" earthquake. The Japan Meteorological Agency will issue a warning on its  Nankai Trough Earthquake Information bulletin whenever such megaquakes are detected.

Megaquakes: A Century of Data

The research team gathered data on the epicenters of past earthquakes worldwide, going back more than a century. Then, they narrowed down the data to megaquakes of magnitude 8 or greater which occurred in close proximity. From this, the team calculated the probability of a second megaquake depending on the elapsed time from the first.

The results show that the average global probability of an ensuing megaquake within 3 years of the initial megaquake is 5.3 to 18.0%. However, that number rises to 4.3 to 96% for Nankai Trough megaquakes.

The warning on the Nankai Trough Earthquake Information bulletin won't indicate the exact probability of an ensuing megaquake. Therefore, the study is helpful as a rough indicator.

Yo Fukushima, an associate professor of seismology at Tohoku University, calls for caution. He urges the public to "prepare for disasters even before the first earthquake happens, keeping in mind that a second earthquake may happen."