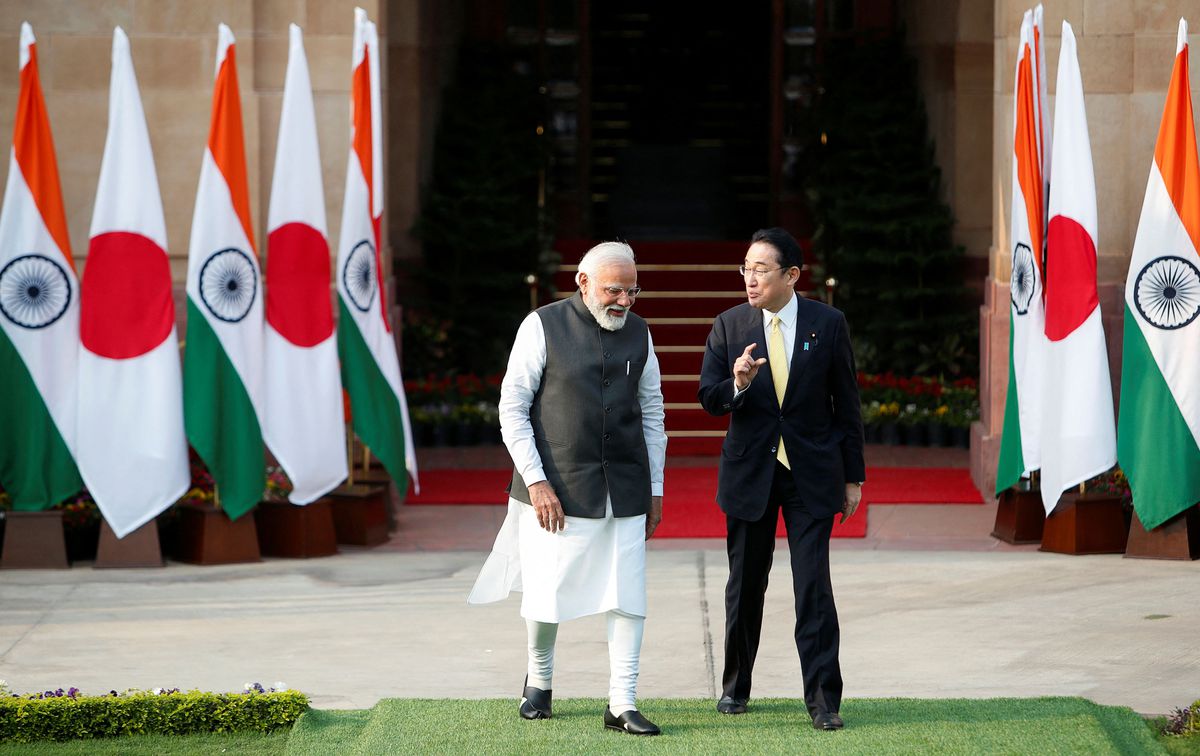 This year in 2023, Japan and India both have strong leadership roles to play. Japan takes on the presidency of the G7 while India is the chair of the G20 for the year. This presents a great opportunity to meet common challenges.

One such challenge is how to pool their resources and knowledge in the post-pandemic world.

A huge strain has been placed on the economies of all countries by the pandemic, including the G7 countries and the G20 countries.

Earlier, the leading economies of the world were known as the G8. However, Russia was expelled in 2014 due to its invasion of the Crimean Peninsula. The group has now become the G7.

On the other hand, the G20 is made up of the larger group of the 20 largest economies of the world. It accounts for 85% of the global GDP, 75% of international trade, and two-thirds of the world population. As such,it is a powerful force in the international stakes.

Moreover, all of these countries are in different stages of development. While India is the fastest growing major economy of the world, Japan is the world's third biggest economy.

On its official G20 website, the Indian government notes:

[India] will convene the G20 Leaders' Summit for the first time in the country in 2023. A nation deeply committed to democracy and multilateralism, India's G20 Presidency would be a watershed moment in her history as it seeks to play an important role by finding pragmatic global solutions for the wellbeing of all, and in doing so, manifest the true spirit of ‘Vasudhaiva Kutumbakam' or the ‘World is One Family'.

This year provides India the opportunity to share its values of truth and non-violence. It can also showcase its inheritance of yoga, ayurveda and Vedanta, among others. Vasudhaiva Kutumbakam ("World is One Family"), which guides India's Neighborhood First policy and Vaccine Maitri, places human values at a higher pedestal than narrow nationalism.

It is worth noting here that as per the Vaccine Maitri initiative, even though India was itself hard hit by the coronavirus pandemic, it sent vaccines to various countries.

Through its "Neighborhood First" policy, New Delhi has been helping its neighbors during both good and bad times. Another example of India's help was the evacuation of citizens from neighboring countries during the outbreak of hostilities in Yemen in 2015.

As a part of its G-20 Presidency, New Delhi has identified six shared priorities in areas including:

Areas of Collaboration Between Japan and India

One of the areas is climate change. Japan, as an island country, faces some of the same challenges.

In addition, the two countries share the challenge of greenhouse gas emissions. Also, Japan and India have an interest in promoting developmental models different from the China-led Belt and Road (BRI). The BRI model has resulted in many countries becoming embroiled in a debt trap.

Already Japan and India are collaborating in a wide variety of forums like the Quad (Quadrilateral Security Dialogue). Even before the Quad, India and Japan, along with the United States and Australia, had come together to provide assistance in the aftermath of natural disasters such as the Indian Ocean tsunami of December 2004.

Naturally, there are certain areas where the two countries do not agree. For example, on the issue of Russia's invasion of Ukraine, New Delhi still has strong ties with Moscow. For example, it is buying a huge amount of oil from Russia at discounted rates. This is completely at odds with Japan's stand on Russia's actions in Ukraine.

In addition, Japan and India also have different relationships with the United States. While Japan is a treaty ally of the US, India is not.

Japan and India: What Lies Ahead

All things considered, this is a golden opportunity for India and Japan to come closer for the greater global good.

In the area of environment, for example, Japan is a global leader in clean technologies. Hence, both G20 and G7 countries have much to learn from Japan when it comes to such technologies.

Another challenge concerns the use of nuclear weapons. Recently,Russia obliquely threatened to use nuclear weapons in the conflict with Ukraine. For India,which has not signed the Comprehensive Test Ban Treaty or the Nuclear Non-Proliferation Treaty, this would be a challenge. At the same time, it is a high priority for Tokyo. Japan is the only country in the world which has been impacted by the use of such weapons.

Japan and India also have the opportunity to help the world's economic recovery in the post-COVID period. Many countries have been facing a difficult time in the wake of the outbreak of the pandemic. Illustrating the continuing danger, China ー after its sudden U-turn with regards to its zero COVID policy ー is facing a massive uptick in the number of COVID-19 infections.

At the same time, the world is looking with renewed attention towards Japan to provide leadership, especially in the economic sphere. There is so much that India and Japan can do together in promoting a better, more resilient and sustainable future for the countries that are a part of the G20 and the G7.

Dr Rupakjyoti Borah is a Senior Research Fellow at the Japan Forum for Strategic Studies. The views expressed here are personal.