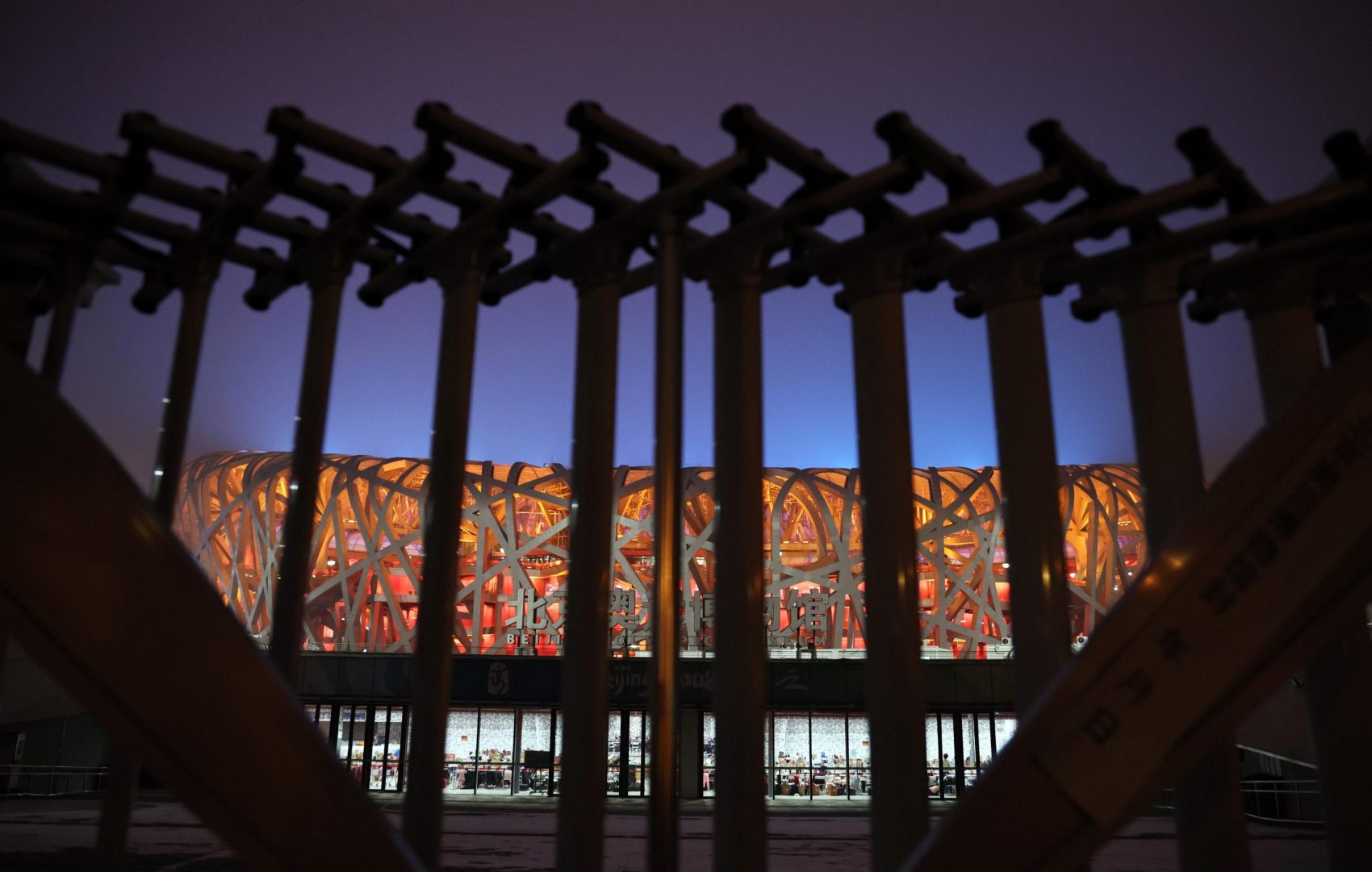 The "Birds Nest" National Stadium in Beijing is a well-locked part of the Olympic "bubble".

The 2020 Tokyo Olympics and Paralympics were postponed by a year due to the COVID-19 pandemic that originated in the Chinese city of Wuhan. The Olympics had been canceled in the past due to wars, but never put in a state of limbo like the 2020 Games were.

People like rooting for the underdog, though. And the 2020 Tokyo Olympics and Paralympics were certainly the underdog. In a world battered by the Wuhan Flu, we all needed a little hope. The world therefore joined hearts, despite lockdowns, in hoping that the Tokyo Games would pull through.

Most of the world, that is. Scholars and pundits who cover Japan were the exception. For many of that coterie, the 2020 Olympics and Paralympics became a go-to punching bag. Cheer on the Olympians and the host city? Far from it. The Anglophone “Japan hands” in newsrooms and faculty lounges around the world competed to outdo one another in piling on the Games. Bashing Tokyo 2020 became, for the English-speaking chattering class on East Asia, a new Olympic event.

On May 18, 2021, for example, Adelstein and Mari Yamamoto published an article in The Daily Beast featuring a relay medley of insults and invective aimed, not at China where the virus delaying the Tokyo Olympics was invented, but at the government of Japan.

The title of the Adelstein and Yamamoto article (and the reason I decided to give Adelstein the gold) is taken in part from the Parthian shot of an anti-Olympics protestor at an IOC press conference: “Fuck the Olympics!”

Maybe one gold medal is not enough, however. Adelstein was a prolific basher — one article alone hardly does his performance justice. Other notable work includes “Exorcist needed for Japan’s ‘cursed’ Olympics” (Asia Times, April 6, 2021), “Tokyo Is Insanely Deploying an Army of Half-Vaxxed Staffers to the Olympics” (with Chihiro Kai, The Daily Beast, July 21, 2021), and, again with Chihiro Kai, “Who the Hell Keeps Unplugging the Vaccine Fridges Right Before the Olympics?” (The Daily Beast, July 1, 2021).


Sampling the Also-Rans in the Bashing Event

To be fair to Adelstein, he had a lot of competition. He didn’t just walk away with the gold uncontested.

For example, the hard-left anti-Japan blog The Asia-Pacific Journal: Japan Focus ran a two-part special issue on the Tokyo Olympics. Some of the titles include “Tokyo’s Diversity Olympics Dogged by Controversy,” by issue editor Jeff Kingston, the lighthearted “Radiation Disinformation and Human Rights Violations at the Heart of Fukushima and the Olympic Games,” by Greenpeace Germany senior nuclear specialist Shaun Bernie, and “Unease about Tokyo 2020,” by Kazuhiko Togo.

Professor Togo does not employ the classic literary device of foreshadowing in his piece. He cuts to the chase. The first sentence on the page reads, “Hosting the 2020 Games was a mistake right from the beginning.”

The Asia-Pacific Journal: Japan Focus also published “Tokyo 2020-21: The Troubled Games of the XXXll Olympiad,” by veteran Australian anti-Tokyo professor Gavan McCormack. In Professor McCormack’s view, the 2020 Tokyo Olympics had become a “farce.” Speaking of a gaffe made by the then-head of the Japanese Olympics Committee, former prime minister Yoshiro Mori, about women commenting too long at meetings, Professor McCormack writes that, “As sexist comments go, it was relatively mild, but it stirred a wave of outrage, from women and men, in Japan and internationally.”

Professor McCormack then frames this “relatively mild” remark in this way: “The latest, contemptuous, reference to women may be seen as a further expression of the feudal framework, in which the emperor is the supreme, concentrated expression of unsullied Japanese-ness, and women are impure, inferior beings, as in the expression danson johi (men to be revered, women to be contemned).”

For its part, the Foreign Correspondents’ Club of Japan — the Olympic Village of Japan Bashing — changed its logo into the shape of the Tokyo 2020 logo warped into a stylized coronavirus, in honor of the Tokyo Olympic Games which the “foreign correspondents” were in Japan to cover (in an unbiased way, of course).

One might think that politically aware intellectuals, such as the Anglophone professors and journalists mentioned above, would be keen on fixing the beam of their heightened consciences on the Genocide Games now being held in Beijing.

Oddly, though, not a peep from the crowd that spent years raking Tokyo over the coals for trying to fulfill its own Olympic obligations.

I checked The Daily Beast website, for instance — nothing by Jake Adelstein about the Beijing Olympics in 2022. I also checked Asia Times, another of Adelstein’s favorite venues (and one which still lets him publish boyish fantasies about the yakuza). Nothing at Asia Times, either, it seems. Maybe Adelstein is so busy tracking down mobsters in Tokyo that he doesn’t know there is a genocide in the PRC?

Adelstein did have something recently at Asia Times, but it was not about Beijing. It was yet another article…bashing Japan over Omicron, the COVID-19 variant which has been causing complications at the Beijing Games. “No foreigners wanted in Omicron-hit Japan,” the headline reads. Not a word about the Omicron troubles raging in the PRC.

I also find nothing by Professor McCormack about the Beijing Olympics, indeed nothing at Asia-Pacific Journal: Japan Focus remotely critical of Beijing’s genocide Games.

Even Robert Whiting, “registered Republican” Japan hand who was critical of Japan’s Olympics out of the gate, and even accused Japan of having “lied like hell” about the weather, but then became more thoughtful about them as time went on — has, as far as I can tell, said nothing about the genocide and concentration camps in the shadow of Beijing’s 2022 Games.


Silence from the Japan Hands

What happened? Where have all the vocal  critics gone?

One reason for this Japan-hand silence on the Beijing Genocide Olympics could be that, unlike in Japan, no one in the People’s Republic of China has the freedom to criticize their government or its decision to host the Olympics. (Japan hands like to remind the world that it’s Japan that has the problem with civil liberties.)

But even if there are no protestors in Beijing for the journalists and professors to quote and photograph (because, as the world learned in 1989, protesting in Beijing is not an Olympic event, it’s bloodsport), there are plenty of articles and books about the ongoing genocide of the Tibetans, the Mongols, and the Uyghurs in China, about organ harvesting from political prisoners, about crackdowns on religion, and about child bride trafficking from Southeast Asia into the People’s Republic.

There are also plenty of works on the PRC’s bullying of the Philippines, Malaysia, Indonesia, Laos, Vietnam, and South Korea. And, yes, Japan.

And yet, from the Japan hands who led the world chorus in denouncing Tokyo for going ahead with the 2020/2021 Summer Olympics, we have now, for the Beijing COVID-19+Genocide Olympics in 2022, crickets.

(An earlier version of this Seiron article was originally written in Japanese and published in the Sankei Shimbun on January 25, 2022. Read it in Japanese at this link.)