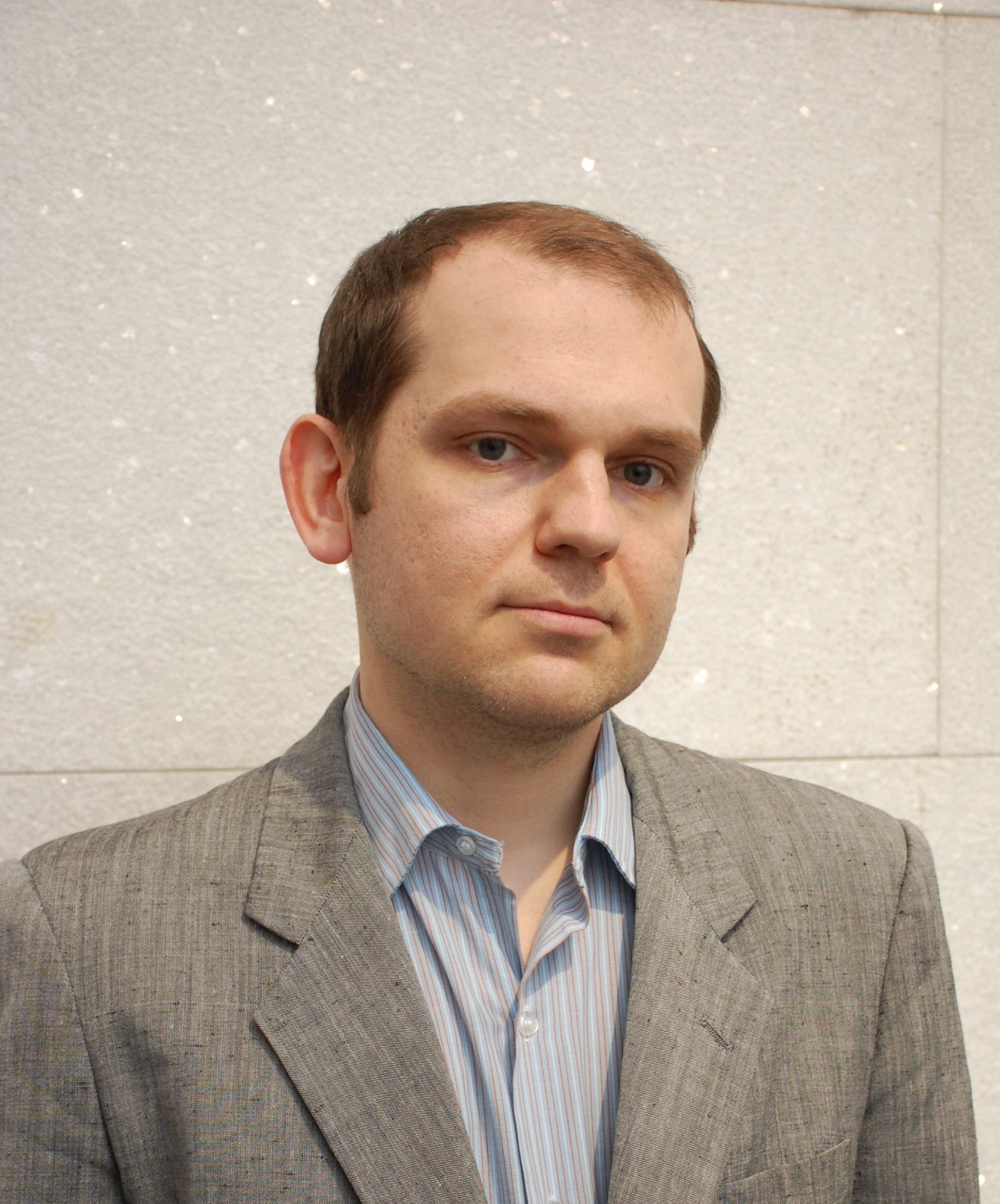 Andrii Gurenko (photo by The Sankei Shimbun and JAPAN Forward)

Read Part 1: TRANSCRIPT | Get Russia Out of Ukraine or Risk Return to ‘Age of Wars’

Gurenko, who is himself from Ukraine, shared his insights on the background of Russia’s invasion, causes of the war, and what can Japan and the international community do going forward.

Naito was previously the Moscow Bureau Chief for The Sankei Shimbun. An experienced foreign correspondent, he had reported on the annexation of Crimea in 2014, among other issues.

This last installment, the focus is on the causes of the conflict and the role of the international community.

Responding to the request for assistance for the Ukraine military effort, Japan has sent protective equipment from the Self-Defense Forces. What else do you think Japan can do?

I think that the best thing would be for Japan to reform the [Self-Defense Forces] law as soon as possible, in order to be able to share Japanese anti-tank missiles. Therefore, I would like to ask the members of the National Diet to recognize that times are very clearly changing, and one can’t continue with the political consciousness that has been present until now.

At the very least, it has to be possible for a democracy that is being attacked to have the right to defend oneself, and I think that [removing restraints on defense] needs to be done as soon as possible.

I think that there can be collaboration regarding other things at the same time, such as the sharing of medical supplies, and I think that is also very important.

[Ukraine is] a war zone, so medical supplies are always necessary. I also think that humanitarian policies are possible, so it’s important to accept all those Ukrainian evacuees that want to come to Japan, and support them for a period, such as helping them find housing, and so on.

Will this help improve the situation in Ukraine?

Humanitarian policies are just fixes to an ongoing situation. They do not solve the root causes of the war. And while the war continues, the loss and damage continues to accumulate.

We need to address the causes of the war, and therefore Japan, like the United States, should stop importing gas and oil from Russia.

Uniqlo has announced the move [to close its brand shops in Russia] recently. But I think that all Japanese companies should exit and not trade with Russia. I think at this point in time, these [trade related] things are the most important things that Japan can do.


We talked about China. Many are expressing doubts about the effectiveness of the sanctions on Russia, and think Russia can avoid them through its close ties with China. What do you think about this?

Trade between Russia and China is of course continuing, so there is a possibility that the Chinese market could become a way for Russia to escape sanctions.

However, it’s unlikely that Russia will be able to recover from losing access to the international market just by trading with China. The chance of financial collapse is still there.

But also, what is important is that if China gives Russia this way out by trading in the market, then the international community needs to impose sanctions on China as well.

RELATED: [Speaking Out] Japan Just Has to Clear Misunderstanding about Pearl Harbor

It’s necessary to send a clear message to China that it should not get involved in this. And if it does, then it will be treated like a sympathetic party to Russia and be subject to sanctions.

Therefore, it’s important for Western countries, starting from America, that they don’t just punish Russia, but put pressure on countries that side with Russia.

This is related, because I think China is looking at what is happening now carefully as an example, and using it as food for thought for its own future behavior.

If Russia’s invasion is a success, it might be connected to China in the future deciding to invade Taiwan. The thinking might go something like this: “Yes, there are sanctions. Yes, there is the criticism from the international community. But if it’s a tolerable level, let’s do it.”

On the other hand, if Russia’s invasion fails, and the Russian army needs to retreat, then China might think, “Let’s avoid a military invasion if possible, and think of a different strategy.”


There has been some debate in Japan among those who think that a pacifist stance might be a solution. What do you think?

Surrendering and peace are not the same thing.

Negotiations are happening regularly, almost every day. What should happen is that there are negotiations, the invaded party also concedes on some conditions, and an agreement of sorts is reached.

Russia’s action, what it is doing now is one-sidedly imposing conditions so that there is a complete surrender, and that is not a negotiation.

People say that if one surrenders, at least fewer people will suffer. But that isn’t really true. If that scenario plays out, I think that there will be a purge of Ukrainians and it will become even more of a dire situation.

Right now, the capital Kyiv has not fallen yet. But let’s say that it does, and President [Volodymyr] Zelenskyy says that he is surrendering to Putin. The Ukrainians will not listen to him. If Zelenskyy says such a thing, then if anything, Ukranians will become convinced that he is a bad president and just continue fighting.

Therefore, this scenario could lead to more confusion and an increase in those suffering and dying.

Zelenskyy’s strategy of fighting against Russia and protecting the independence of Ukraine is not something he thought of. He’s representing the ideology of many citizens of Ukraine. It is not a situation where Zelenskyy is the only one who wants to fight, and Ukrainians have no intention of doing so.

Continuing to fight is becoming part of the collective consciousness of Ukrainians, so it’s meaningless to discuss giving up.


What about international pressure for negotiations?

In all this, negotiation efforts are continuing, even internationally. But they are not reaching any result. There seems to be no way of achieving peace right now.

But it’s important to make the invader think like that, in order for negotiations to become a possibility.

A debate on nuclear weapons has started, following former Prime Minister Shinzo Abe’s comment on nuclear sharing with the United States. What are your thoughts on this?

If Ukraine had nuclear weapons, of course we would not have had this situation, it’s obvious, there is nothing to discuss.

There is some debate whether it is actually possible to introduce nuclear weapons, I am not in a place to judge that. But it’s certain that if Ukraine had had nuclear weapons, Russia would have thought twice about invading.

Regarding Japan’s defense and the debate on nuclear sharing [with the US], I think it’s time to start having this debate. Former Prime Minister Shinzo Abe recently talked about this. It’s an easy thing to say now, given that he isn’t in power anymore after some years.

But quite apart from the fact whether Abe said it or not, I think it’s obvious that this sort of debate is important.

What should be discussed in the debate?

One can discuss, in the case of nuclear sharing, who should have the right to decide to use the weapons: should it be the US or Japan? Should it be the Japanese Self-Defense Force?

Not discussing this at all is like giving up on that choice, and on thinking about it altogether.

Around Japan there are countries like China, Russia, and North Korea that all have nuclear weapons. They are all isolated. They all have strong militaries, and they all ignore the rule of international law and have violent approaches.

In this context, of course an approach which is suitable to Japan is what is best. Just copying what is done in Germany is not going to be enough.

I think in principle it’s correct if Japan and the US discuss it and come to an agreement. It will take time, but at the very least one needs to create a debate by calling in some experts to share their views. And then have a discussion, because that will ultimately also have some connection to the change of consciousness of the general population.

In this, the media also has an important role to play, to discuss what is necessary and what isn’t.


Do you have a last message for listeners?

We need to stop this situation now, and do our best so that the situation doesn’t expand any further.

I would like Japanese people to have the same sense of urgency that they would have if they thought that a missile would come flying over their house.

Get informed with the correct information. And have a fruitful debate on what to do with friends and acquaintances in the spirit that, if this situation in Ukraine is not stopped now, many other countries have the potential to be next.

So, let’s work towards this aim going forward, together.