University Students Bring the Truth to the Next Generation: Takeshima Belongs to Japan 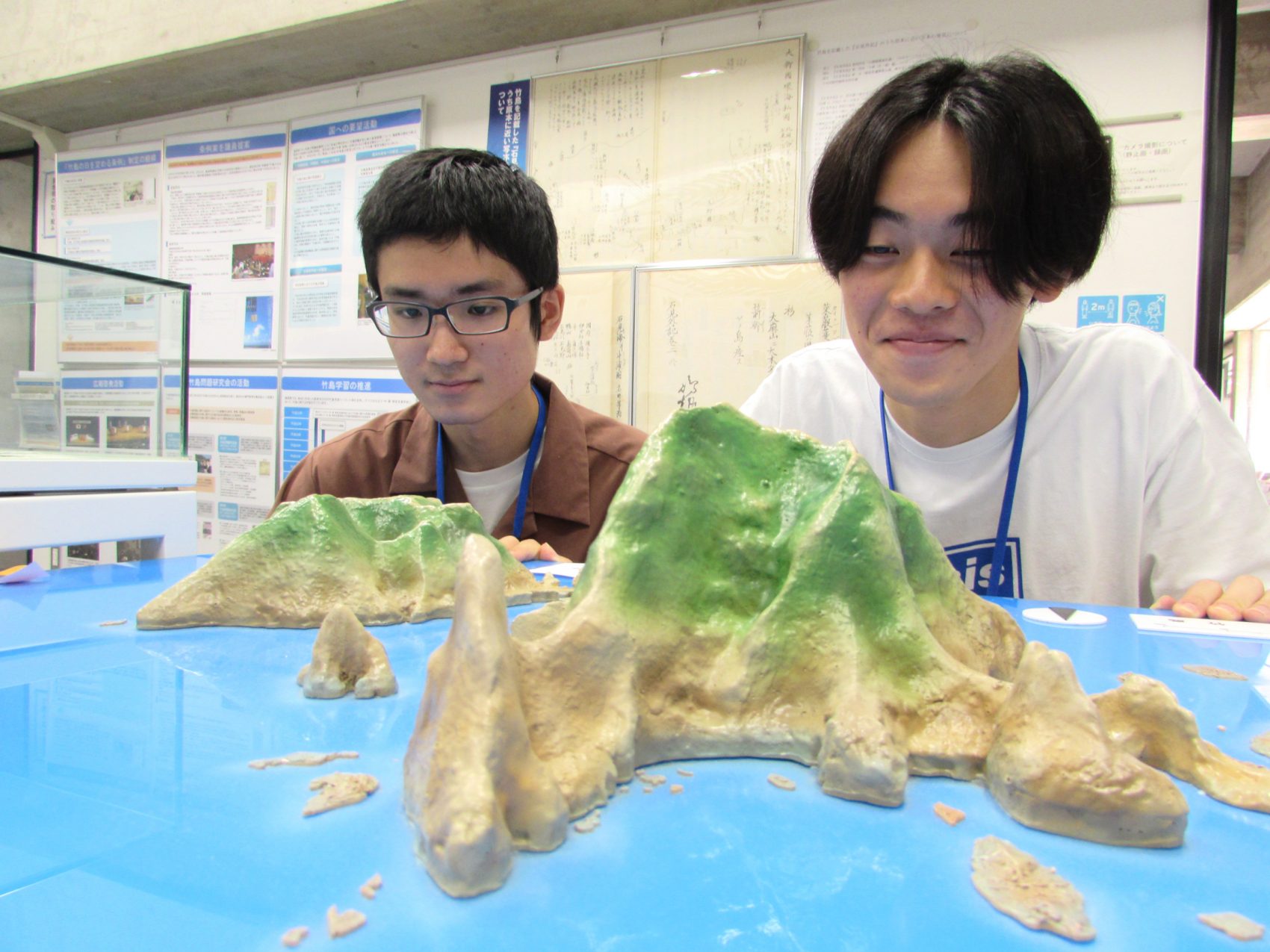 In October, four university students were assigned as “student commentators” at the Takeshima Archive in Matsue City, which provides materials concerning Takeshima, a group of islands that is a part of Okinoshima, Shimane Prefecture. The islands are still illegally occupied by South Korea.

The student commentators deepened their understanding of Takeshima to explain the issue to visitors in an easily comprehensible way from their unique perspective as students.

Following the curriculum guidelines issued by the Ministry of Education, schools in Japan have started to teach that Takeshima is part of Japan’s territory, raising awareness among the younger generation.

“What do you know about Takeshima?”

On a Saturday afternoon in early October, 18-year-old Keita Tsuboi and 19-year-old Wataru Tsunai, first year students from the Faculty of Humanities and Social Sciences of the University of Shimane, posed the question to a room of people at the Takeshima Archive. The two then began to use slides from the archive to explain why Takeshima is part of Japanese territory.

Starting with the basics about the islands, the students presented a drawing of the area around Takeshima that was submitted by the Tottori Domain to the Edo shogunate in 1696 to describe the location and shape of Takeshima.

They continued to explain passionately while alternating between explaining and operating the slides.

They then presented photos showing how the people of Oki (in Okinoshima) had been hunting sea lions and collecting seaweed on Takeshima since the 1890s, and how Takeshima was deeply connected to the lives of Japanese people.

They then moved on to the history of the illegal occupation of Takeshima by South Korea and the efforts of the Japanese government and prefecture to resolve the issue. They concluded their 10-minute presentation by saying, “Let’s learn the correct background of Takeshima.”

Tsuboi expressed his enthusiasm: “I’m not satisfied with just reading the basic script. I want to explain using my own words so that the audience can understand more easily.”

Hiroshi Fujiwara, a 68-year-old “awareness promoter” at the archive, said, smiling sweetly, “Young people are much more interested in learning this way, rather than listening to an old man like me.”

In 2021, in addition to Tsuboi and Tsunai, two other students, Shona Kageyama, a 20-year-old sophomore, and Rio Haruyama, an 18-year-old freshman at the University of Shimane, are collaborating through this program. Before becoming commentators, they participated in many study sessions, including lectures from experts on Takeshima.

Tsuboi, who is from Tottori Prefecture, had many opportunities to learn about Takeshima from the news and in the classroom.

“When I heard that my university was recruiting student commentators in July, I applied to learn more about Takeshima. The more I researched the Takeshima issue to become a commentator, the more I realized that the issue is not a straightforward one,” he said.

Tsunai, who is from Kagawa Prefecture, said: “I have always been interested in territorial issues. When I heard that they were seeking applicants, I applied because it would be a good opportunity to learn more about Japan’s efforts and South Korea’s claims in more detail.”

According to Yasushi Iwasaki, director of Shimane Prefecture’s Takeshima Office, a survey conducted by the prefecture shows that there is a growing number of young people who are unaware of the Takeshima issue. “We can get more young people interested by raising awareness of the issue through university students.”

Director Iwasaki said, “It doesn’t mean that interest in the Takeshima issue is waning, but we want to continue to educate the people of the prefecture and the public.”

Raising Awareness at All Levels of Education

Japanese schools have also been teaching more about the Takeshima issue.

In Shimane Prefecture, all public elementary and junior high schools, high schools, and special support schools have been teaching about Takeshima since 2009.

The Ministry of Education revised its curriculum guidelines to clearly state that Takeshima should be taught as an “inherent territory of Japan,” to be effective nationwide.

An official of the education guidance division of Shimane Prefecture’s education office said, “We are pleased that Takeshima will be taught as an inherent territory of Japan nationwide.”

Student commentator Tsunai said, “I was interested in Takeshima and territorial issues, but some of my friends said, ‘I’ve heard of Takeshima, but I don’t really understand the issue.’”

He added, “I want the younger generation to also think about this issue so that it can be resolved.”