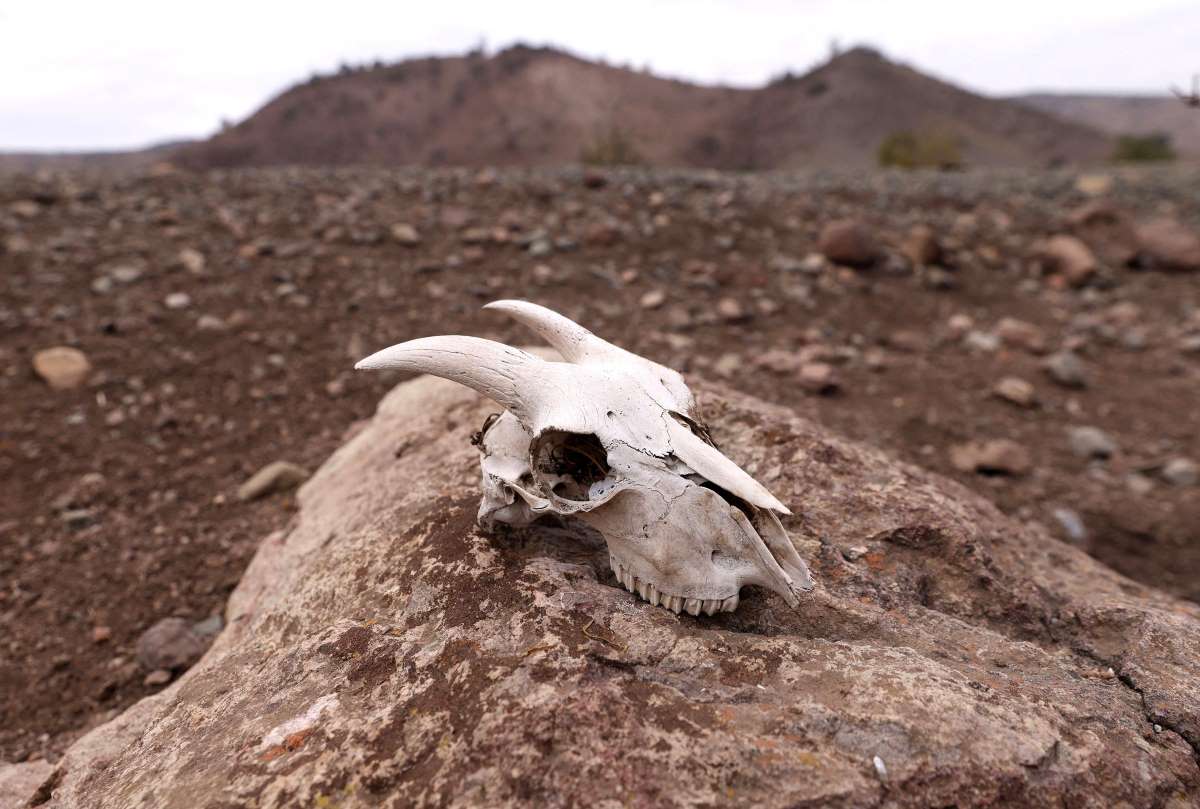 A goat skull is seen at an animal breeder's farm, that has been affected by the lack of water at Montenegro, in Santiago, Chile April 21, 2022. Amid an historic 13-year drought, rainfall levels have slumped in this South American nation that hugs the continent's Pacific coast. REUTERS/Ivan Alvarado

Find more articles like this on our new website Japan 2 Earth, sparking a transition on the environment and SDGs.

On June 28, a team of researchers from the National Institute for Environmental Studies (NIES) and the University of Tokyo announced predictions that droughts, which have been increasingly pronounced alongside the progression of global warming, will increase in severity this century.

According to the research team, abnormal drought conditions will become the norm in many countries around the world.

This forecast is the first of its kind globally. Although Japan is not included in affected areas, it will be practically impossible to avoid the impacts. Among other things, Japan could have difficulty securing food, since the country’s food supply is heavily dependent on imports.

Included in regions forecasted to experience record-breaking droughts that persist for over five years are parts of North and South America, the Mediterranean coast of Europe, the Middle East, Africa and Australia.

In addition to intensified drinking water shortages brought about by the dry conditions, negative impacts on farming and industrial activities, as well as the rampant spread of diseases, are of concern, according to the study team.

Droughts Spreading to Other Parts of the World

The findings were based on data of droughts that occurred in rivers around the world between 1865 to 2005. Using a system for predicting future temperature rises and atmospheric circulation, researchers conducted a simulation to estimate when and where unparalleled incidents of drought would occur. They calculated years in which the number of days of extremely low water volume, such as dried up riverbeds, would exceed past records for five or more consecutive years.

Such extreme droughts have already begun, for example in Chile on the western coast of South America.

According to the research team, the severe conditions will spread to other parts of the world by 2090 if the global mean temperature rise is relatively moderate, or around two degrees Celsius above pre-industrial levels by the end of the century. With more drastic warming of four degrees, this new normal could become pronounced around 2060, with more extensive areas affected compared to a two-degree temperature rise.

The researchers note that many of the regions prone to these extreme droughts are exporters of food to Japan. Therefore, if the droughts exert adverse impacts on agricultural production, Japan could suffer food supply shortages.

In addition, as global warming progresses, there is likely to be a marked polarization of dry and wet zones. Other regions, conversely, could face increased frequencies of torrential rains, floods, and other disasters.

Professor Kei Yoshimura of the University of Tokyo, a member of the research team, explains. “While efforts to rein in global warming are of course urgently needed, " he says, "it is important to look at ways of adapting to such abnormal environments, especially in areas facing previously unimaginable conditions where unprecedented droughts are becoming the norm.”