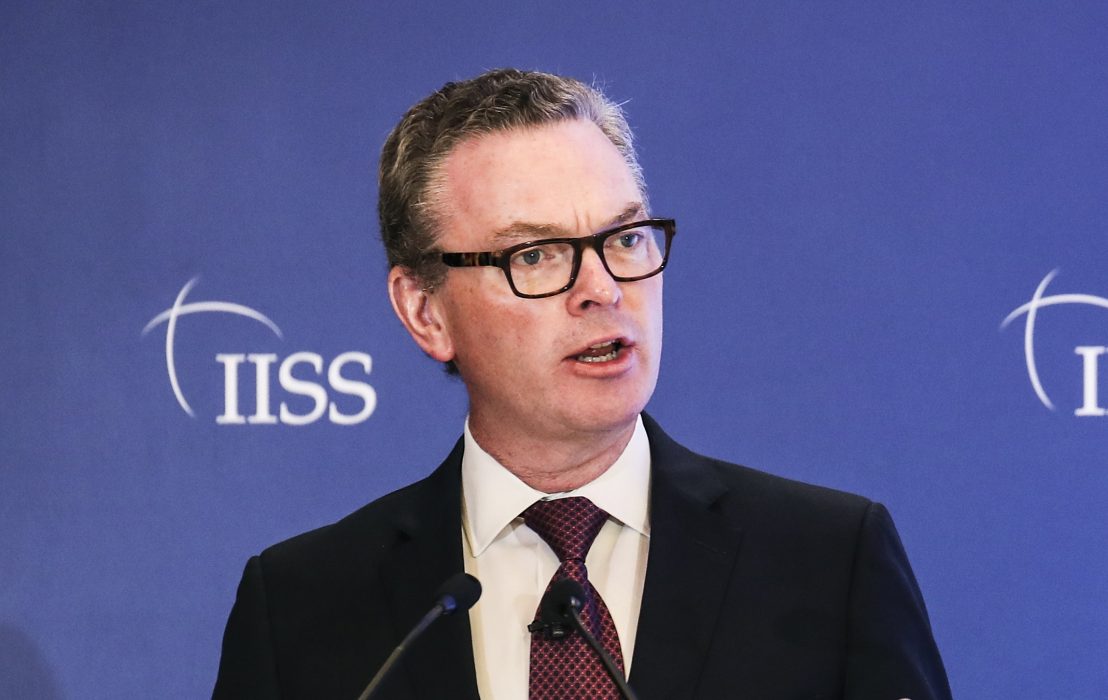 On the surface, this gesture shows what seems to be Australia’s intentions to move along lines of the United States and Japan in trying to build up defense measures against China’s expansion in Asia.

It, however, belies the minister’s true mindset of hoping to avoid confrontation with China, the largest trading partner of export-dependent Australia.

Dr. Tomohiko Satake, a senior research fellow specializing in Japan-Australian relations at Japan’s National Institute for Defense Studies (NIDS), pointed out the importance of finding commonality with Australia in terms of relations with two superpowers.

He explained that Japan wants to enhance interaction with Australia while at the same time seeks to involve India and European countries for the purpose of achieving stability in the Asian region.

According to the Australian Broadcasting Corporation, Pyne said, “The Australian government supports Japan increasing its military capability, both from a defense point of view and from a point of ensuring it has a forward deployment capacity.”

His comment referred to Japan’s defense spending in the next fiscal year, decided at the Cabinet meeting in Tokyo at the end of 2018. The new budget includes funding for investigative research and for upgrading and refitting the helicopter carrier Izumo-class destroyers to serve as aircraft carriers.

Pyne remarked, “So the Izumo being capable of carrying F35’s…is something the Australian government welcomes, and we would like to see Japan taking on more responsibility in north Asia for the security and stability of the region.”

In case of any emergency in the region, the U.S. 7th Fleet would depart Yokosuka, Japan, immediately and deploy forward. In the context of such a situation, Satake said, a “stable Japan-U.S. alliance contributes to Australia’s security. That has been a strong sense among concerned Australian defense parties.”

Another expectation of Australia on Japan’s growing security role is that it serves as a warning against China’s latest militarization of the South China Sea.

Australia’s expectations regarding Japan’s defense role likely suggests its will to participate in the China-encirclement strategy the U.S. proposes to build up with Japan and other partners in the region. However, Pyne’s remarks during his tour in Asia were only vague in their cautions on China.

In Singapore, which he visited after his stop in Tokyo, Pyne delivered a keynote speech to military leaders. In it he demanded discipline from China, saying, “I call on China to act with great responsibility in the South China Sea.” At the same time, however, he emphasized that Australia is “not interested in containing China”

According to The Australian Financial Review, Pyne had said on the South China Sea issue: “There’s no doubt there will be times when there are moments of tension in the relationship because China and Australia have divergent views on a number of significant issues in the Indo-Pacific. One of those, of course, is the South China Sea and its status as international waters. Australia reserves the right to navigate the South China Sea and undertake overflights both on its own and also in a multilateral engagement with countries like the U.S., Canada, New Zealand, France, Japan and others.”

The minister sidestepped whether this specifically includes participation in the U.S. “Freedom of Navigation” exercises that Washington has been pushing for.

The reason Australia pays such close attention to China is that Australia’s economy is largely dependent on China. According to the Australian Trade and Investment Commission, China was Australia’s top trading partner from 2016 to 2017, accounting for 30% of Australia’s exports. The next nearest
trading partner is Japan, which accounts for only 12%.

Satake explained, “Although Australia is a U.S. ally, it is difficult [for it] to get into exactly the same line with the U.S.”

Satake explained that Australia has strengthened its caution against China in recent years. On the other hand, domestic tension in Australia against China’s threat differs from that of Japan, which shares a maritime border with China across the East China Sea.

Nevertheless, said Satake, both countries share the feature that “it would be difficult for Japan and Australia to absolutely keep up with the U.S. policy toward China” due to deep economic ties with their neighboring Asian giant.He added, “[Japan and Australia] hope the U.S. and China can avoid deepening divisiveness to the crucial level.”

Just as Japan and Australia stand in like positions, both countries are expected to be an axis and enhance linkages on a regular basis with “middle powers” to try and avoid unexpected disputes and further confrontation between the U.S. and China, Satake emphasized.

“Middle powers” are not superpowers, but rather a geopolitical concept encompassing middle-sized countries which would exercise their influence around the region. They include India, the Association of Southeast Asian Nation (ASEAN), and other countries which have a stake in the Indo-Pacific,
such as the U.K. and France.

More is demanded of Japan and Australia, to which other countries look for leadership. The goal is to strengthen cooperation among the middle powers and international institutions that share the same basic values of freedom, democracy, and the rule of law “for achieving stability in the region.”

Increasingly, Japan will be required to exercise a leadership role to facilitate these types of engagements.