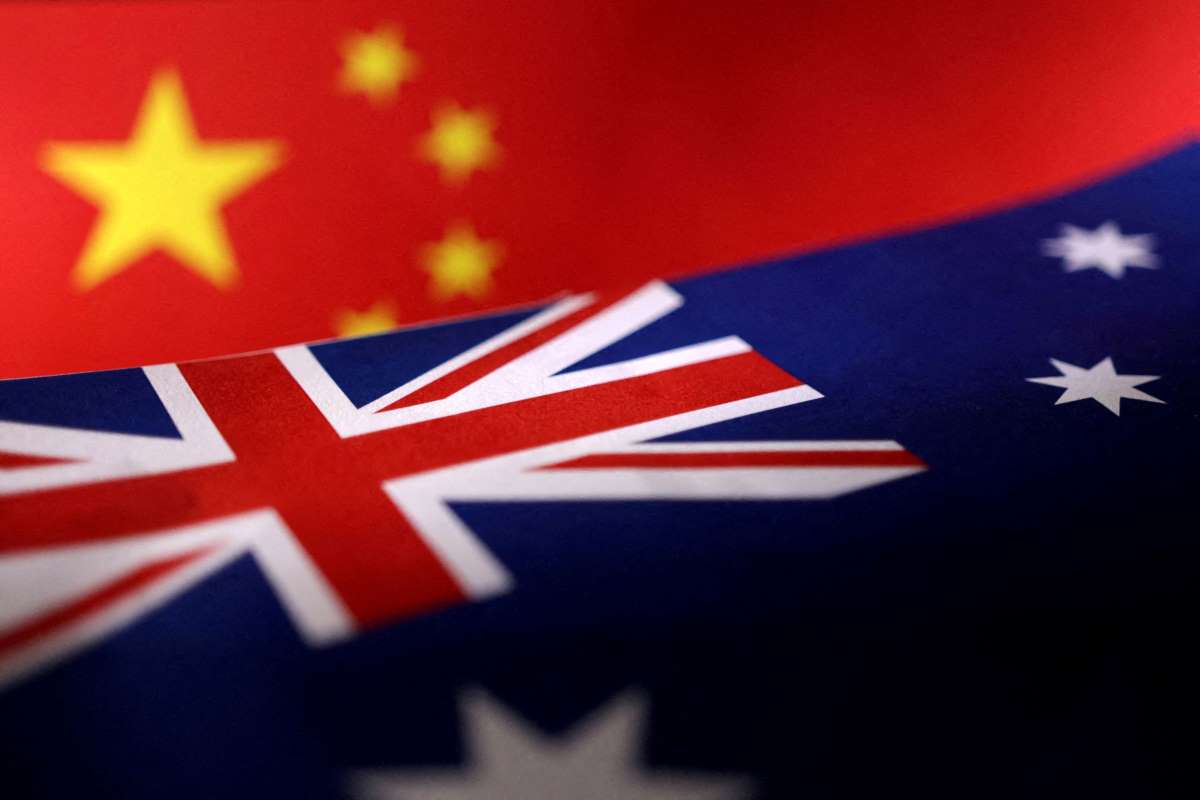 Even before China's scaremongering incident earlier in January, Australia-China relations had gone through a stormy few years. The government of former Australian Prime Minister Scott Morrison irked the Chinese leadership with a call for an inquiry into the origins of COVID-19.

Beijing countered with punitive trade restrictions that have been devastating to the agricultural sector. The Chinese have continued to encroach into the southern Pacific Ocean. Australia has responded by shoring up its alliances and military cooperation with the United States, Great Britain, and Japan.

A chance for reset was made when the Morrison government was defeated by Anthony Albanese's administration in May 2022. The Chinese ambassador to Australia, Xiao Qian, had planned to advance the reconciliation process at his New Year press conference on January 10, 2023.

On the previous day in a newspaper interview, his Japanese counterpart, Ambassador Shingo Yamagami, cautioned the Australian nation to remain "vigilant" about China's moves and ultimate intentions. So miffed was the Chinese ambassador that he came out swinging at his press conference.  Unfortunately for him, he led with his chin.

The "Japanese government has not apologized" for its WWII aggression and crimes, the ambassador claimed. Accordingly, he forewarned, it might invade the Australian nation and "repeat" the mistakes of the past.

The statement was brushed aside by the Australian government. Elsewhere, it was greeted with ridicule and bemusement. It furthermore assured that the headline from the press conference would feature a third-party nation, not the bilateral relationship between China and Australia.

This reaction within Australia to the Chinese ambassador's warning is something this writer finds particularly significant. Because a couple of generations previously, it would most likely have resonated.

The relationship between Australia and Japan seems to have reached a point of genuine maturity. The perception of Japan by the Australian public has fundamentally changed.

The Australia of Days Gone By

Growing up in Australia in the 1970s and 80s, I was frequently informed that, unlike the Germans, the Japanese have not apologized for their World War II aggression. Therefore, the risk that they may return to their former warmongering ways can in no way be discounted.

The argument never made much sense. The all-too-common comparison between German and Japanese contrition is flawed. The war in Europe was a war between sovereign states. The war in Asia was a contest between imperial powers for control over imperial possessions. (Read more about it in my book Remembering Santayana: The Lessons Unlearnt from the War Against Japan.)

If Japanese contrition during the Asia-Pacific War is to be held up to comparison, it should be against that of the other imperial powers who were similarly attempting to dominate the people of Asia. That includes both prior to Pearl Harbor and after the surrender of Japan.

Moreover, the principal German crime was genocide. Consequently, Germany's admirable level of contrition should reasonably be compared against that of the extensive list of nations who have carried out similar genocidal policies—a list upon which Australia features prominently.

A further fallacy with that mantra of my youth is that it is factually incorrect. The list of Japanese apologies to Australia specifically, and the Asian region in general, is extensive and extends back to the 1950s. A perception of non-apology exists in some quarters due to Japan's reluctance to absolve the West of its own imperial crimes by refusing to accept full blame for the era of imperialism.

But why should Japan feel obliged? The imperial era commenced before Japan was forcibly opened and ended after Japan's surrender. That many in the West still view their nation's involvement within that timeframe in benevolent terms is an issue. It requires reflection and education on their part, not by the people of Japan.

The Passage of Time

But that was then and this is now. The Germany/Japan comparison is still sometimes employed to imply a threatening Japan. However, it loses resonance year by year. Seventy-seven years have passed since the surrender of Japan, without the Japanese nation having put a step out of line.

It could be argued that the US military presence has curtailed Japan's aggressive tendencies. But if so, the Chinese ambassador's admonition should have forewarned aggressive intent by the US against Australia, not by Japan.

Perhaps the most dominant reason why the Chinese ambassador's warning fell so flat, however, relates to the natural emergence and passing of Australian generations. When writing on this subject around twenty years ago, I coined five classifications into which the Australian population might be placed, each with a progressively more favorable view of Japan.

The first group was the war generation, whose perception of Japan was unsurprisingly negative.

The second was the dinner table generation. Their largely negative perception of Japan was handed down and dutifully taken on from war-generation parents and elders.

The third was the salaryman generation, born between around 1960 -1975. Their dominant image of Japan was the ubiquitous salaryman, an unattractive and unenvious image but one without threatening overtones.

The fourth group was the homestay generation. They were coming of age when the legions of Japanese homestay students began to arrive in the mid-1980s. The visiting Japanese students were model ambassadors. Well-behaved, well-mannered, and courteous. They changed a lot of minds.

Finally, born around 1990, comes the PlayStation generation. Their coveted announcements out of Japan have less to do with contrition than upgraded versions of videogames and game technology.

Twenty years on, the war generation has largely passed from this earth. Meanwhile, the numbers of the PlayStation generation continue to increase.

We might even add a sixth generation, to begin around the turn of the millennium. They would be named after anime or cosplay, images of Japan which are even less militaristic than those of videogames.

In the 1970s and 80s, therefore, the unreasonable perception of an unapologetic and still threatening Japan was maintained by the dominant standing of the war generation in Australian society. It has decreased every year as that generation has given way to those with a less emotive position towards Japan.

There are most surely present-day members of the dinner table generation who would support the words of the Chinese ambassador wholeheartedly. They can easily be found on social media sites that cater to descendants of Asia-Pacific War veterans. One wonders, therefore, whether the Chinese ambassador has stumbled across such sites and assumed that their viewpoints would resonate with the broader Australian public.

Unfortunately for those dinner table generation adherents committed to an indefinitely negative portrayal of Japan, a Chinese ambassador is particularly low on their list of prospective spokespeople. They are uber patriots, one and all, with a deep distrust of their northern communist neighbor.

Even more lamentably for Xiao Qian's dinner table guests, the ambassador has forced Australia to make a definitive determination over whether or not Japan has adequately apologized. The verdict is in: It has.

Regrettably, for Ambassador Xiao Qian, Australia is not the nation that it was in the 1970s and 80s. Australia has moved on. His exhortation was made around two generations too late.

Find other reviews and articles by the author on Asia Pacific history on JAPAN Forward.