Will the EU Look More to the U.S. and Less to China Following Biden’s Win? 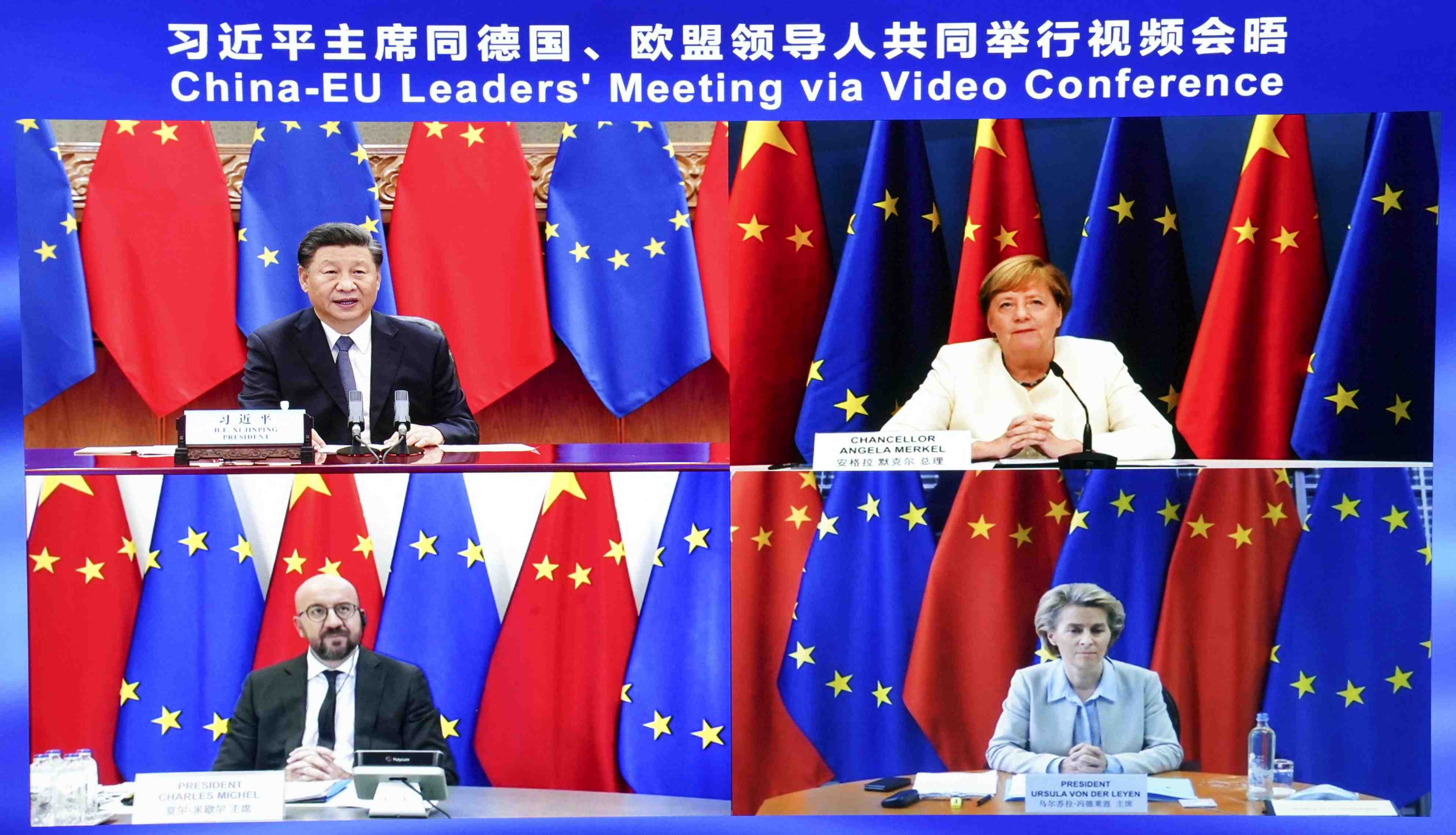 The EU is watching Joe Biden’s incoming administration and its stance on China with great interest following recent confirmation that ex-Vice President Biden of the Democratic Party was victorious in the U.S. presidential election.

As a result of the U.S.-China tension during the Trump administration, the EU attempted to create a “third way” relationship with China, but was pushed back politically and economically. Biden’s arrival in the White House gives the European bloc a chance to revise its stance on the Asian superpower.

China was active internationally before the administration change in the U.S. The news of China signing the Regional Comprehensive Economic Partnership (RCEP) on November 15 with 14 other nations including Japan and South Korea attracted interest in Europe.

For example, an editorial in the French newspaper Le Monde referred to RCEP as “First challenge for Biden is facing China.”

A few days before the RCEP deal was signed, Chinese President Xi Jinping took part in the Paris Peace Forum via video link on November 12. “We must maintain multilateralism, and oppose unilateralism,” said Xi – which can be interpreted as a dig at the U.S.

Xi also touched on issues that are of interest in Europe, such as global warming and COVID-19 countermeasures, and called on other nations to work with China.

Had Xi’s impassioned speech been slightly earlier, it might have gained more attention. But with Europe undergoing a second COVID-19 wave, the continent is currently looking at China in a somewhat frosty manner.

When the first COVID-19 wave hit Europe in spring 2020, China sent over medical supplies in an attempt to gain the continent’s gratitude. However, this attempt to suppress criticism of China invited ill-will. In a public-opinion poll announced last month, 71% of Germans and 70% of French people said that they hold an unfavorable impression of China.

Notably, the EU has kept its distance from the Trump administration’s China-bashing. The European bloc saw China as a competitor, but at the same time it also wanted to cooperate with the Asian superpower.

The Trump administration withdrew the U.S. from both the Iran nuclear deal and the Paris Agreement on climate change, and regarded the EU as a trade “foe”. The EU was shocked by this, and effectively had no choice but to rely more on China.

However, Biden, who is pro-multilateralism, has promised that the U.S. will rejoin the Paris Agreement. It is no surprise, therefore, that Xi is starting to panic slightly regarding the EU’s foreign-policy stance going forward.

Nevertheless, the Chinese market is vital for the EU economy. Forty percent of new car sales of the German automaker Volkswagen are to China.

German President Angela Merkel has visited China 12 times since becoming leader in 2005, whereas she has only visited Japan 6 times – suggesting that Merkel has a certain fondness for China.

When the German leader visited Beijing in autumn 2019, the political demonstrations in Hong Kong were escalating. However, Merkel avoided criticizing China, saying that political dialogue and not violence is the way to resolve the issue.

Similarly, the EU was hesitant on the issue of human-rights abuse of the Uyghurs, which differed from the U.S. approach of imposing sanctions.

However, there is growing skepticism toward China on economic issues. This is because China has been protecting domestic companies and trying to compete with Europe in areas such as technology.

Since 2004, the German firm Siemens and the French company Alstom have been working on China’s high-speed railway system, transferring technology to China in the process. The Asian superpower subsequently absorbed that technology, and embarked on its own production.

The state-owned firm CRRC, which was founded in 2015, has since become the largest rolling stock maker in the world and currently handles most domestic orders in China.

The EU has attempted to tackle China’s “China First” business practices and closed markets by trying to seal an investment agreement. Negotiations have gone on for 7 years, but China has shown no signs of compromise. If anything, the situation has got worse.

A 2020 report by the European Chamber of Commerce in Beijing stated: “Restrictions against foreign firms in terms of public bidding have got tighter. European firms are only allowed to bid in fields where there is no technological competition with Chinese companies.”

In the field of environment-related technology, which Europe previously led, China is becoming increasingly powerful. The Asian superpower has also surpassed Europe in AI and digital industries. In the past 10 years, the balance of power has shifted from Europe to China.

Chinese companies have also been aggressive in the European infrastructure market, succeeding with subway construction bids in Sweden and Portugal. As a result, European competitors have been left frustrated, making comments such as: “The prices of (the Chinese bids) have been inconceivably low.” 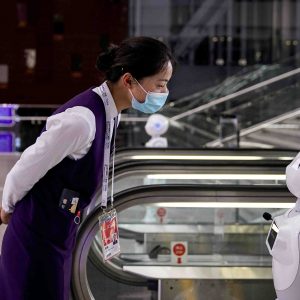 China is jumping ahead of the EU in IT and robotics 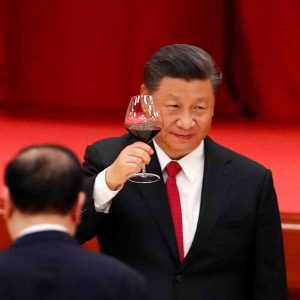 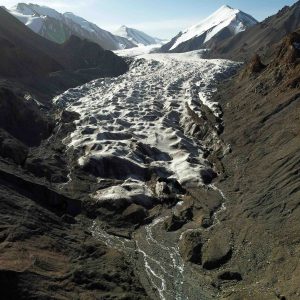 Laohugou No. 12 glacier, in Gansu province, China, September 27, 2020, are melting away at a shocking rate. Picture taken with a drone. REUTERS/Carlos Garcia Rawlins

The EU’s view of China has become harsher, but it does not have a cast-iron policy on the Asian superpower. At least 15 of the EU’s 27 member states have signed a memorandum of understanding with China regarding the Belt and Road Initiative. No EU country is doing the same as the U.S. and opting for head-on confrontation with China.

Oliver Wack, who handles East Asian policy at the VDMA – a German mechanical engineering industry association – thinks that it is unrealistic to expect the EU and China to reach a balanced investment agreement. He sees China as a rival in the European market. Nevertheless, he does view the Chinese market as being incredibly attractive.

This kind of uncertainty is reflected in foreign diplomacy. In September, Germany followed on from France and unveiled its “Indo-Pacific strategy”. Germany’s policy aims to deepen ties with Japan and Southeast Asian countries, in addition to China, but there is no mention anywhere of Taiwan or Hong Kong.

The strategy shows a lack of awareness over the growing sense of caution among Indo-Pacific nations concerning China.

In May 2020, the Australian and German defense ministers took part in online talks that reflect the concern. Australian Defense Minister Reynolds stressed that there must be no changes to the situation due to military force, and that she wanted Germany to cooperate in terms of national defense – which she said with China’s advances in the Indo-Pacific in mind.

In response, German Defense Minister Kramp-Karrenbauer stated that China has ambitious targets, and that no one should be victimized, while emphasizing the significance of the rule of law. Kramp-Karrenbauer also said that Germany and China have a deep relationship, although Germany’s values are closer to those of the U.S.

Concerns, Warnings Within the EU

Whether Europe’s indecisive stance changes depends on the leadership of the new administration in the U.S. The Biden camp seems intent on holding China to account, together with NATO and Asian countries.

Europe has a foundation for responding to the U.S., because China’s influence extends to ordinary people’s lives in the EU. For example, the Chinese firms Huawei and Xiaomi control 30% of the European smartphone market.

In summer 2020, the U.S. added the Chinese surveillance camera maker Hikvision to a sanctions list on the grounds that it is a military company working on behalf of Communist China.

However, in the case of Europe, the EU Headquarters uses Hikvision products for things such as entrance security. Chinese surveillance technology has infiltrated the core of the EU.

In November 2020, the EU staff union opposed the use of Hikvision products, stating: “(Hikvision) is a suspicious company that is complicit in the human rights abuses of the Uighurs.” The union also demanded that the European Commission ensure the protection of personal information.

Furthermore, Reinhard Butikofer, who is a German politician and member of the European Parliament, has warned that China is looking to upset the global order and change the world into one that revolves around China.

Europe is finally discussing the Chinese Communist Party’s authoritarianism and sense of crisis surrounding China’s economic dominance – in addition to China’s infringement of human rights – despite it being on the other side of the world.

Butikofer’s plea of facing up to China alongside the U.S. and other democratic nations looks certain to gather more support following Biden’s electoral triumph.