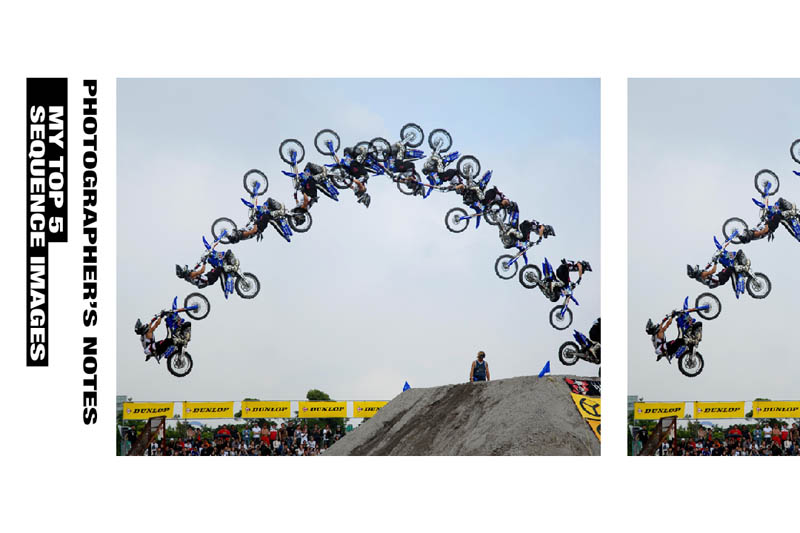 Ever since I saw them in my older brother’s snowboard and skateboard magazines, I have been interested in the art of sequence photos.

Normally, a photo only allows us to witness a single split second of a moment. But with sequence images, you are able to show the full progression of motion from start to finish by combining multiple images into one photo.

One such photo of mine was taken in Odaiba, Tokyo, back in 2007 (I think) and was my first ever sequence and my first ever published image. It was published in Transworld Motocross Japan, and was my introduction to someone who is now a good friend of mine, and the person who eventually introduced me to Red Bull Japan a couple years later.

So to say this one sequence image changed my life is by no means an overstatement. Let’s see what other types of sequences I have made in the past.

This was the first time I was really nervous before I did a shoot. I went down to Fukuoka to shoot a BASE jump by Red Bull athlete Cedric Dumont. At the very end of the night’s game, he was to jump from the top of the dome onto the outfield, and I would obviously get only one chance to get the shot.

Waiting for the game to end, I got super nervous. As the game ended, the doors to the tunnel I was waiting in opened and I RAN out across the baseball field as fast as I could to get into position in center field. I could tell the local press was surprised to see me run out, and this made me even more nervous, as I was the only photographer allowed on the grounds for the jump.

After checking my settings a billion times I was “ready.”

Cedric jumps! I shoot off a crazy amount of images as he comes down and banks perfectly in front of my camera! Thank you!

In the end I got the shot and it’s really a moment that was perfect for making a sequence image. 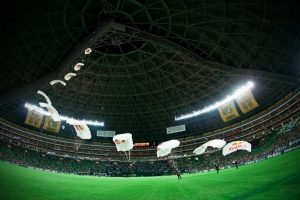 Basketball is not really a sport where you would expect a sequence shot to work. But that’s exactly why I wanted to try and shoot one during the Japan finals of the Red Bull King of the Rock in 2013.

The problem was I really needed to get a sequence of the athlete making the 3-point shot. But every time I got into position to try and make a sequence, they either didn’t go up for the 3 or they missed their shot. After several attempts like this, I finally got lucky during the final match of the competition.

Looking back now, I still really like this image and am happy I put in the effort to get it during a high-pressure game. 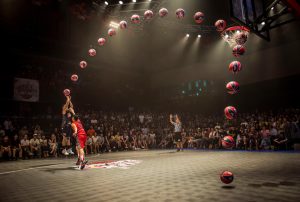 In 2014, the Red Bull X-Fighters competition was held in Osaka, Japan, for the second year in a row. This is probably one of my all time favorite events ever!

For a couple of years before this, international riders such as Tomas Pages had started performing flairs on their bikes, but no Japanese rider had been able to land the trick yet. During practice, the Japanese rider Shinichi “Bupper” Kaga started to throw down some flairs, and even landed one before I could get a shot, whoops! So this image is actually the second time he landed the trick during practice.

I still remember the reaction of all the riders when he landed the trick — everyone was so happy for him! So happy I could document the moment with such a sick image. 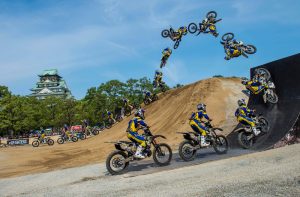 The Red Bull Cliff Diving tour was one of the events I really wanted to see come to Japan. So when it did come in 2016, I was super-excited to see these amazing athletes up close.

Many of the jumps they perform have a multitude of flips and spins, so I thought it was perfect to make a few sequences. Even better was that the other photographers told me they would not be making any sequences, so my images would all the more stand out.

And what do you know, this image was used in a local newspaper at the stop after ours, bonus! 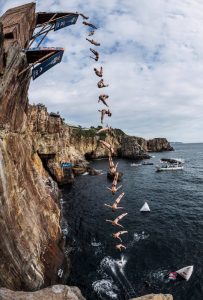 One sport that lends itself well to sequence photography is parkour. Many times the athlete will not perform just a single trick, but a series of tricks that are strung together into what people call a “line.”

In this image you can see the athlete, Kenichi Sato, perform a massive front flip to ground at the end of the sequence, which would in itself be a cool shot. But I love how you can see his whole line of running up and along the wall to perform the flip in the end.

It’s the whole line here that really makes the shot, and not just the flip at the end. 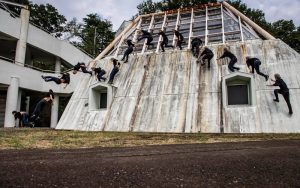 For Other Articles in this Series:

First time at the Furusato Matsuri