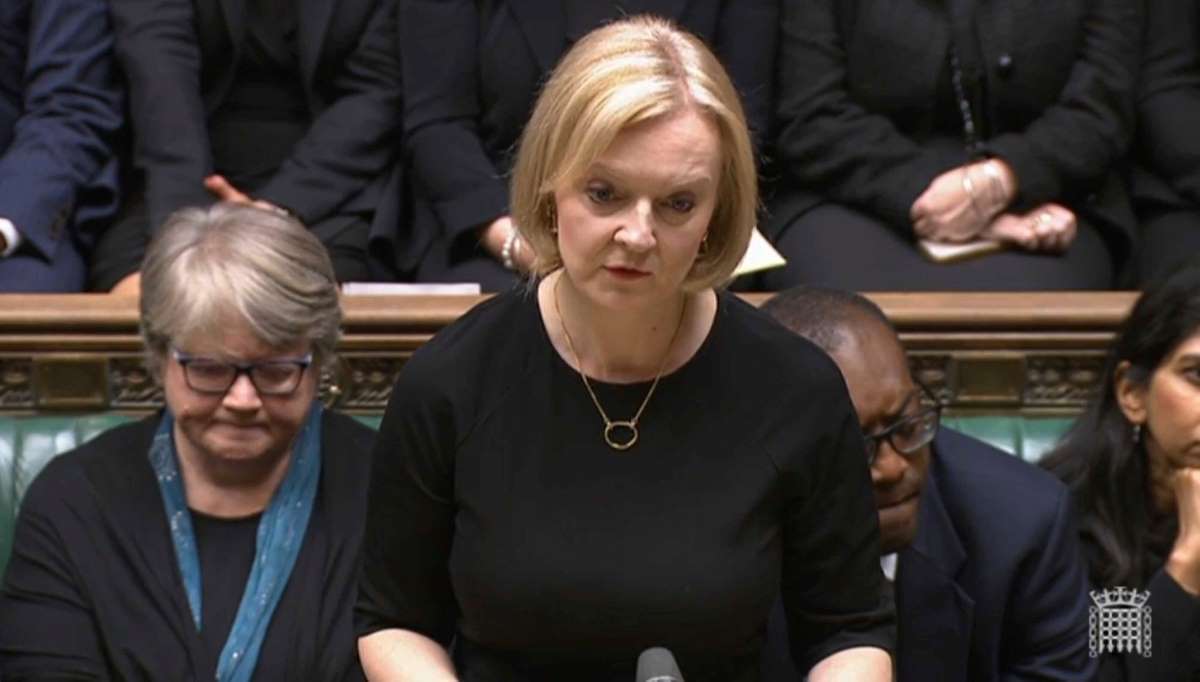 Prime Minister Liz Truss reads a tribute out in the House of Commons, following the death of Queen Elizabeth II on Thursday, in London, Friday Sept. 9, 2022. (House of Commons/PA via AP)

Former Foreign Minister Liz Truss from the Conservative Party has been elected as the new Prime Minister of the United Kingdom. She is the third female prime minister in UK history, following Margaret Thatcher and Theresa May.

Prime Minister Truss has often been compared to Ms Thatcher, who was known as the “Iron Lady” for her strong, determined leadership. But the new British leader’s true worth will soon be put to the test.

Truss faces an immediate array of economic challenges, including tackling soaring prices. At the same time she inherits the diplomatic and security policies of the Boris Johnson administration and must play her role as a world leader in protecting the global order.

Russia’s invasion of Ukraine continues. The UK is a stalwart of the countries throwing support behind Ukraine. Sanctions against Russia have also been spearheaded by Britain along with the United States. We hope to see Ms Truss giving full play to her leadership in the effort to thwart Russia’s aggression.


China a ‘Threat to UK Security’

Prime Minister Truss rightly sees China as a “threat” to the United Kingdom’s security interests. She is committed to a policy of reducing Britain’s economic dependence on Beijing, while placing restrictions on technology exports to China.

For the UK and other European countries, Japan’s cooperation in formulating and implementing policies toward Russia is essential. Japan, for its part, needs cooperation from the UK and others for deterring China’s hegemony and for materializing a “free and open Indo-Pacific.”

If the joint Japan-UK project for development of a next-generation fighter jet gets off the ground, the bilateral security ties will be solidified even further.

Economic Prosperity in Britain, the Pacific

Economic cooperation between Tokyo and London should also be encouraged as a priority.

Britain is unarguably a member of the group of Pacific countries, with several islands in the Pacific among the UK’s overseas territories. Promoting bilateral cooperation in the fields of economy, diplomacy and security is conducive to protecting the international order and promoting the peace and prosperity of both Japan and the UK.

Currently, the UK is struggling against skyrocketing inflation, including rising energy prices stemming from Russia’s invasion of Ukraine. Public discontent has been building, and it will not be easy to steer the country forward.

Ms Truss is on record as saying she will deliver a “bold plan  to cut taxes and grow the economy, and that she will “deliver on the energy crisis, dealing with people’s energy bills but also dealing with the long-term issues we have on energy supply.”

The success or failure of these promises, and prospects for deepening cooperation with Japan, will likely determine how active a role Prime Minister Truss will take in the international community.