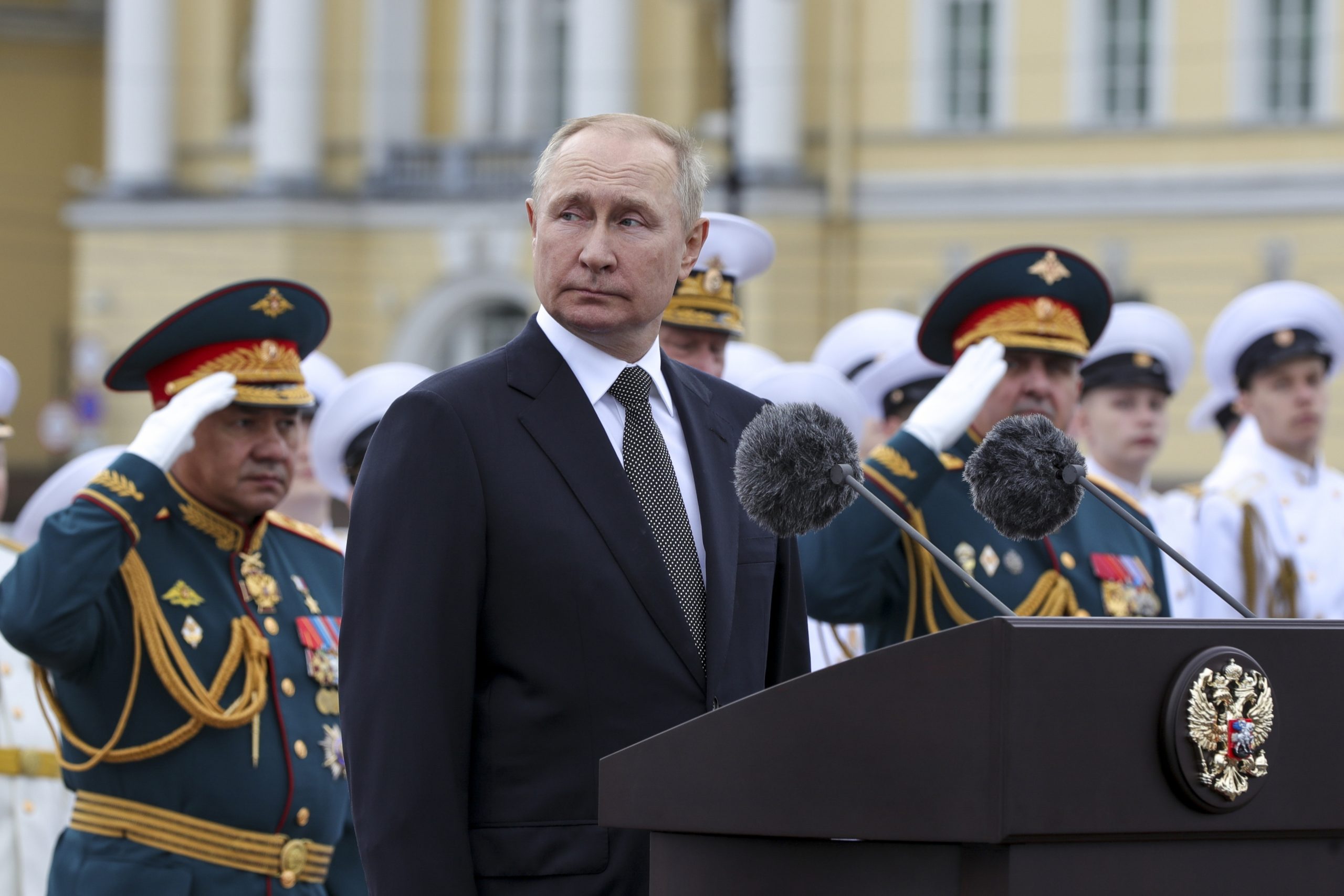 Russian President Vladimir Putin, in the midst of continuing his invasion of Ukraine, declared in a July 31 Navy Day speech that the waters around Japan’s Northern Territories are “strategically important to our national interests.”

He went on to state that Moscow would “use all possible means to defend the area resolutely.”

Mr Putin’s audacious insistence on “defending the area resolutely” shows he is simply a thief with no remorse. His words reveal the Russian state’s sheer lawlessness.

Mr Putin’s speech at the end of July followed his signing of a new maritime doctrine that states, “The main threats to Russia in terms of maritime security are the United States and the North Atlantic Treaty Organization (NATO).”

In the speech he dogmatically claimed that the new doctrine “clarifies important areas from the viewpoint of defending our national interests.”

Putin cited the Arctic Ocean, the Baltic Sea, and the Sea of Okhotsk, as well as the straits of the Black Sea where Russia aimed to deprive Ukraine of control over its coastal waters. Then he went on to add the “Kuril Islands,” including Japan’s Northern Territories.

Japan and Ukraine, whose territorial lands and waters have been eroded over generations by the two dictators, must deepen their solidarity and unity, and continue their urgent calls for the international community’s condemnation of Russia’s injustices.

In the aftermath of the invasion of Ukraine, Moscow intensified its self-centered posture. Deputy Prime Minister Yury Trutnev notified Japan in March of Russia’s unilateral suspension of negotiations on a bilateral peace treaty. He then lashed out at Tokyo, saying Moscow was set to “make the Southern Kurils our own” by expanding independent development and investment projects there.

For the first time on March 9, the anniversary of the Soviet Union’s victory over Nazi Germany, Russia conducted a military parade on Etorofu, one of the four Russian-held Japanese islands. From late August and beyond, the Russian military is planning to carry out large-scale exercises in the Far East, including on Etorofu and Kunashiri islands. China’s military is also scheduled to participate.

Russia’s new maritime security doctrine reveals Moscow’s ambition to become a “great maritime power.” It calls for increasing Russia’s naval supply bases across the wide-range of the Asia-Pacific region to the Indian Ocean, the Red Sea, and the Mediterranean Sea, while beefing up shipbuilding, including aircraft carriers, in the Far East.

However, the new doctrine has hints of Russia’s bravado as it struggles in the war against Ukraine. Putin declared in his announcement that Russia would start full-fledged deployment of Zircon hypersonic cruise missiles aboard Russian Navy vessels within a few months. He then preemptively menaced, saying, “We are prepared to respond quickly to anybody attempting to infringe on our sovereignty and freedom.”

His threats cannot be overlooked.

Mr Putin’s resolve to vigorously defend the waters around the Northern Territories, along with the continuation of the war against Ukraine, and the new maritime doctrine, are challenges intended to provoke Japan, the United States, and Europe.

In response, and to prepare for Putin’s threat, the democracies of these three regions must strengthen their collaboration in both the military spheres and information sharing.