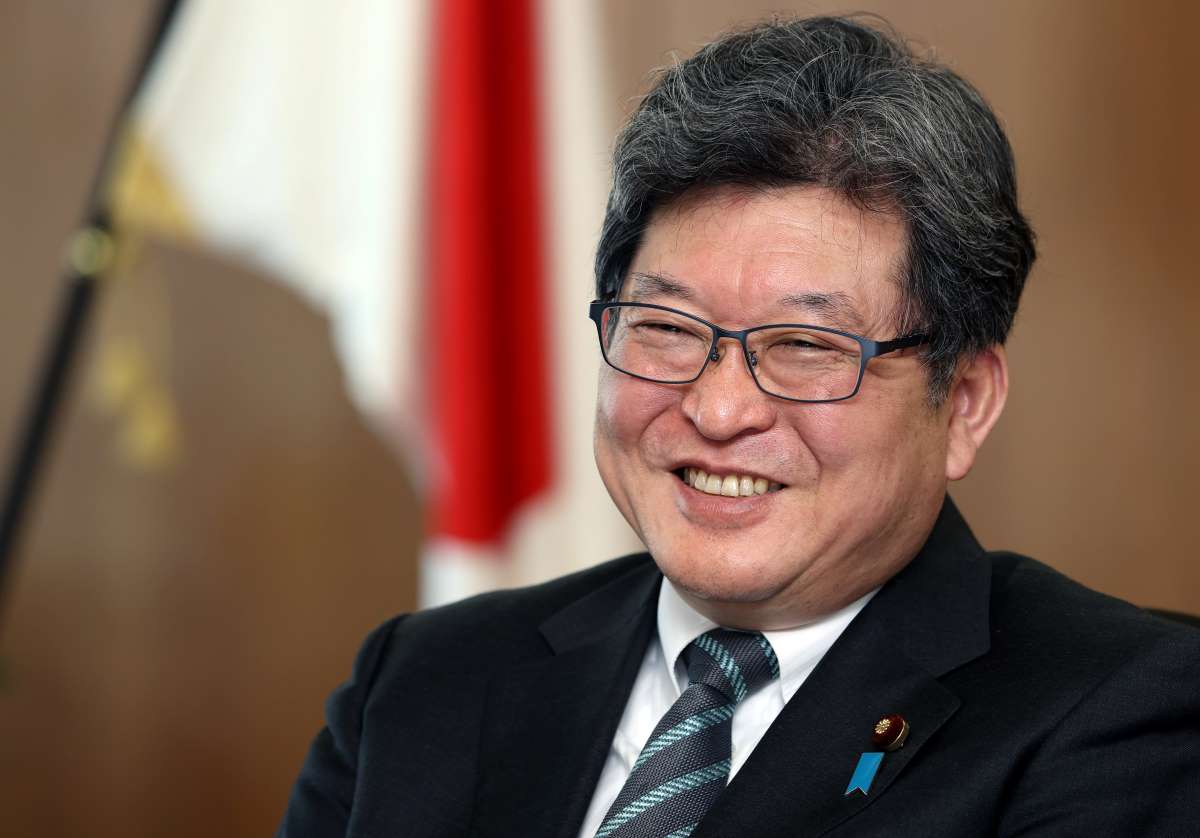 Japan’s Minister of Economy, Trade, and Industry Koichi Hagiuda discusses the implications of Russia’s aggression in Ukraine for global institutions, energy policy and other issues in an exclusive interview with The Sankei Shimbun ahead of the late April Golden Week holidays in Japan.

Reverberations are being felt widely, he explains, including in the United Nations. Acknowledging the calls for Japan to step forward, Minister Hagiuda talks about whether Japan would play a more active role in the efforts to reform the global institution.

The minister shares his take on the domestic implications forJapan’s Strategic Energy Plan, adopted in the autumn of 2021. He also reiterates the country’s commitment to achieving net-zero carbon emissions by 2050, including the future of nuclear energy in Japan.

With rising pressure to end all financial relations with Russian entities, the Minister Hagiuda also discusses finding the balance that benefits Russia the least while protecting Japan’s interests.

Behind the Decision to Not Withdraw from the Sakhalin Projects

Japan has no choice but to rely on overseas imports for most of its energy resources. For that reason, our country's energy security must not be compromised by the escalating tensions in Ukraine.

From this perspective, the two projects on Sakhalin Island, Sakhalin 1 which produces crude oil, and Sakhalin 2 which produces liquefied natural gas (LNG), as well as the Arctic LNG 2 project, are stable sources of long-term and inexpensive energy. That is why we have decided to hold on to our interests there and have announced that we will not withdraw.

So many Ukrainians are being killed by Russian aggression. Emotionally speaking, I understand the opinion that all imports from Russia should be stopped immediately to put economic pressure on Russia. However, Japan has owned concessions in the Sakhalin 1 and 2 projects for many years.

If Japan were to give up these concessions, a third country would immediately come in to take them. Even if the concessions were not handed over to a third country, if Russia trades the crude oil and LNG on the market, it is highly likely that they will be traded at a higher price than now.

As a result, pulling out of the projects will only benefit Russia. That is why, at this point, we would like to solemnly maintain our stance of securing Japan's concessions.

Basically, Japan’s energy dependence on Russia will decrease in the future. However, even if only one country stops doing business with Russia, if the energy consumption of the entire world remains unchanged, a struggle for resources will be created and energy prices will rise.

We need to come up with the best options for each other, taking into account the circumstances of countries other than Russia.

If Russia commits serious outrages in the future, the United Nations will have to set up a new platform.The international community needs rules, and if the UN [Security Council] cannot do its job, then there is no point in its existence.

I believe that sensible countries are disappointed with the UN's actions in response to the invasion of Ukraine. There are various stakeholders among the permanent members of the Security Council and as it stands, nothing can be decided if one country invokes its veto. It is not a matter of rule by democracy.

The United Nations should be restructured into the institution we all want. And I think the world would like Japan to step forward on the matter of UN reform. Japan will chair the Group of Seven (G7) summit next year. Prime Minister Fumio Kishida should be proactive in bringing about reform of the United Nations.

The Cabinet approved Japan’s Strategic Energy Plan in October 2021, and it will remain as our compass for mid to long-term energy policy.

Of course, we will respond flexibly to the future energy situation in the post-Ukraine invasion world. However, we will not change the major goal of achieving carbon neutrality by 2050.

Meanwhile, at the 26th Conference of the Parties (COP26) to the United Nations Framework Convention on Climate Change, Japan proposed the use of ammonia and hydrogen, which do not emit carbon dioxide (CO2) when burned, to decarbonize coal.

The European countries have asked to join us in this effort, and Japan's technological capabilities are now being reevaluated. This is the only light in the midst of the disaster of the invasion of Ukraine. And I would like to see Japan lead the world's energy policy with its science and technology.

As for nuclear power plants, we are not thinking of building new plants or expanding existing ones at this stage. However, if and when the Nuclear Regulation Authority of Japan (NRA) finds that existing plants [that are shut down] comply with the new regulatory standards, it is my responsibility to ensure they are restarted. I intend to do so, with the understanding of the local communities.

We are facing high crude oil prices, and I was instructed by the prime minister to "show leadership and come up with countermeasures.”

The maximum subsidy to oil wholesalers has been raised from 5 JPY (less than 4 cents US) to 35 JPY (about 25 cents US) per liter. Although there is criticism that this will distort the market (where prices are determined by supply and demand), this is a state of emergency. Market tightening due to the Ukrainian tensions adds to the recovery period from the COVID-19 pandemic.

We want to prioritize the lives of our citizens now. However, this is an exceptional measure, and it must end at some point. We will cooperate with the international community in making efforts to stabilize the oil price.

Prospects for the Summer Elections

We need to make efforts and produce results, conveying the effects of each policy to the people. Unless we do so, I don't think we can win the summer Upper House elections. After all, it is our responsibility to raise wages.

We have strengthened the system of "subcontractor G-men" (transaction investigators) to listen to the voices of small and medium-sized businesses nationwide, and better grasp the transactional status they face. Prices can then be passed on appropriately.

It may be inherently odd for the government to intervene in private sector management, but the wage situation will not change unless someone does it. I am willing to do it even if someone bears a grudge against me.

Post-Kishida? I don’t mean to sound pretentious, but since I was first elected as a politician, I have had no ambition to become the LDP president or prime minister. As the culmination of my political career, however, I would like to serve as LDP Secretary General at the end.

(Read the related interview articles in Japanese at this link and this link.)