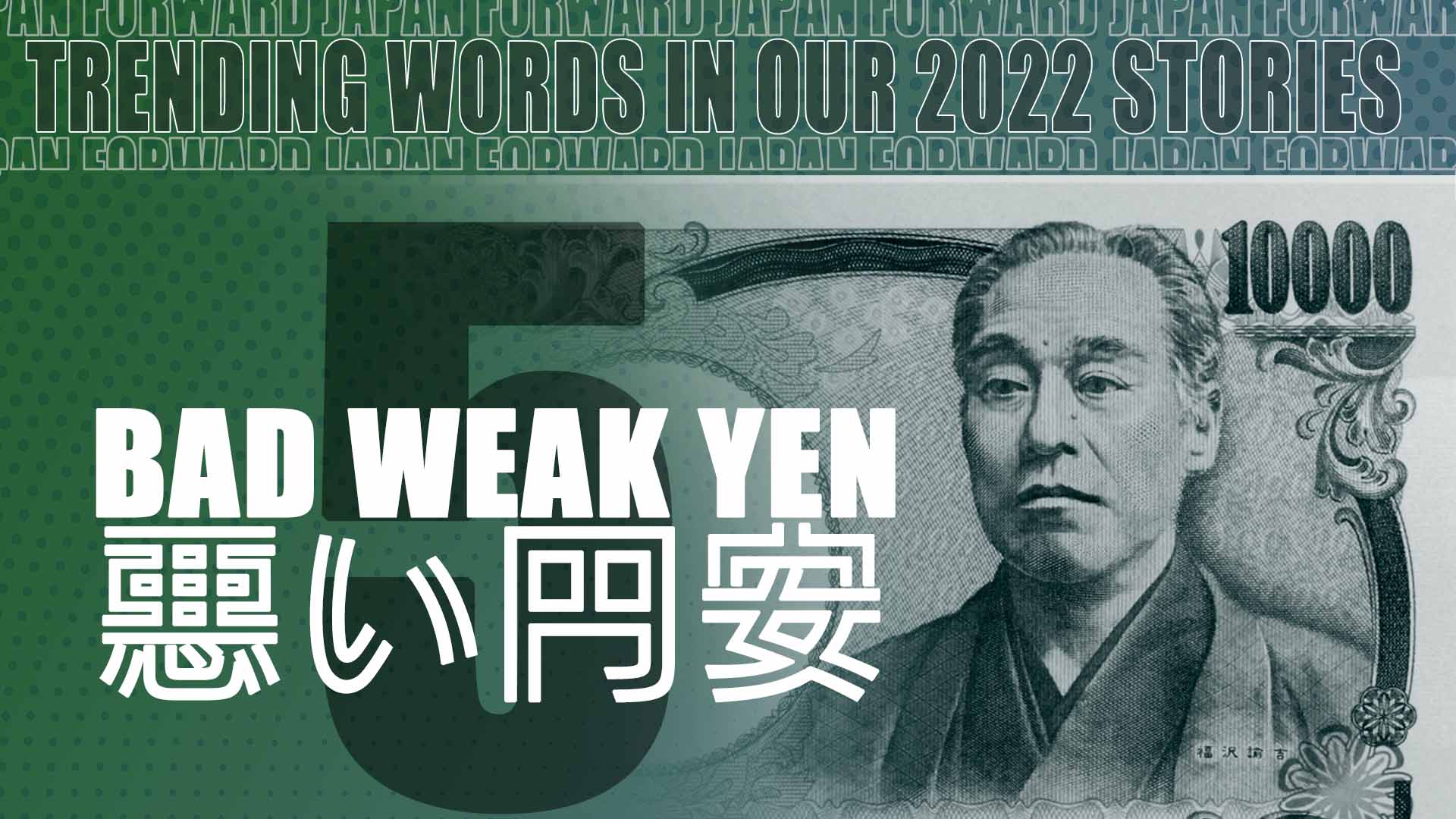 Every year on December 1, "U-can Shingo Ryukogo Taisho" (U-can Prize for New Words and Popular Words of the Year) announces the top 10 trending words of the year. And the list includes new phrases and expressions that people in Japan couldn't get enough of.

The award is a way to look back at what words were on everyone's lips, as well as new trends that emerged throughout the year.

And without further ado, we start with the expression trending at No 5: Bad Weak Yen (warui enyasu, 悪い円安).

For those who have been paying attention to the global monetary exchange rates, a large part of 2022 has meant one important trend: a weak Japanese yen.

Heightened by rising inflation in the United States and a strong US dollar, Japan saw its currency steadily weaken against the US currency, as well as against other currencies like the Euro.

The trend picked up starting from September. This prompted the first currency intervention in 24 years by the Japanese government and the Bank of Japan on September 22.

Yet the yen kept tanking. It reached a 32-year low on October 20, when it passed the mark of 150 yen to-the-dollar.

A weak yen benefits tourists coming to Japan and Japanese companies trading abroad. But it hurts local businesses and depresses Japanese wages. On top of that, the economy was already suffering due to the rising cost of living. October alone brought a 3.6% increase in inflation year-over-year, the highest in 40 years. It was in this context that the expression "bad" weak yen was born.

To that end, chief economists and a Sankei Shimbun editorial called for further measures to curb the impact of the declining yen on the population.

Kishida unveiled an economic policy package at the end of October aimed at fighting some of the impacts of the rising cost of living. Our reporter Arielle Busetto followed the breaking news developments in this story.

PM Kishida also encouraged tourists to visit Japan, a move that leveraged the weak yen and helped the economy. As borders opened for tourists for the first time in three years, our reporter Shaun Fernando took a look at how tourists came back in droves almost immediately.

The economy permeates all of our lives, as this year's Trending Word No. 5 goes to show.

Check in tomorrow for Trending Word No. 4 on our list.