North Korea Awards ICBM Launch Pad for Being a 'Hero' 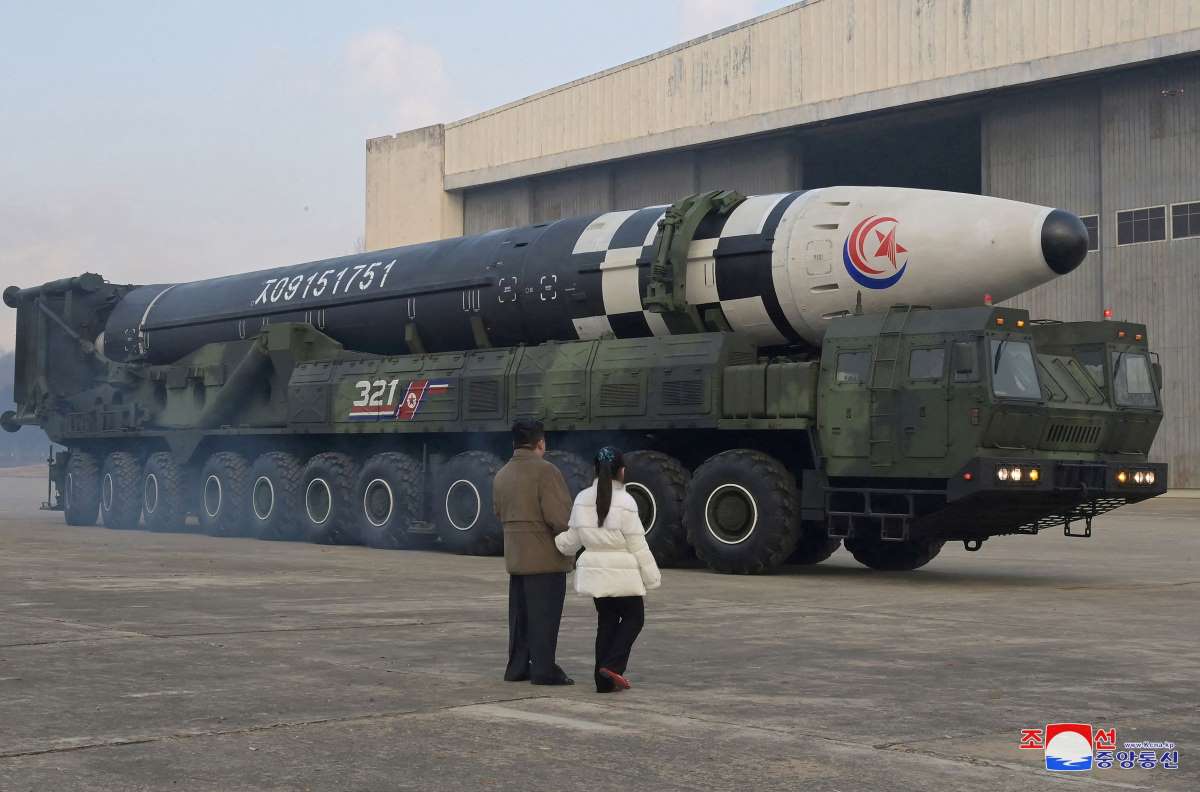 North Korean leader Kim Jong Un, along with his daughter, inspects an intercontinental ballistic missile (ICBM) in this undated photo released on November 19, 2022 by North Korea's Korean Central News Agency. The photo has not been independently verified. (© KCNA via Reuters)

North Korea has anthropomorphized an ICBM launch pad. Not only that, the DPRK's Standing Committee of the Supreme People's Assembly awarded a hero's title and medal to the mobile missile launcher. When I first heard this from Tsutomu Nishioka, an expert on the Korean Peninsula and chairman of the National Association for the Rescue of Japanese Kidnapped by North Korea (NARKN), I thought it was a joke.

But it was true. The state-run North Korean Central News Agency reported the following on November 27:

The Standing Committee has bestowed the title of 'Hero of the Democratic People's Republic of Korea' as well as the Gold Star Medal and the First Class of the Order of the National Flag to Launch Vehicle No. 321 of the new intercontinental ballistic missile [ICBM] Hwasong-17. This weapon has clearly demonstrated to the world that our nation is a formidable nuclear power that can confront the nuclear supremacy of the United States empire both in name and reality. This missile has made it known throughout the world that this is the strongest intercontinental ballistic missile ever launched.

This historic achievement has powerfully demonstrated to the whole world the spirit of socialist Korea, which has the absolute power to end imperialist tyranny on earth, and it is an extraordinary event that will shine in the history of the nation for 5,000 years to come.

According to Nishioka's information, Kim Jong Un, the leader of the Workers' Party of Korea, has ordered 200 of these launchers. North Korea is reportedly smuggling large tires for these vehicles from China because it is incapable of manufacturing them.

Kim Jong Un must be immensely proud of the successful launch of Hwasong-17 on November 18. The missile's range covers the entire United States. But why is North Korea treating the launch pad as a hero instead of its developer? What can a launch pad do with a medal?

Nishioka explains, "It shows just how much Pyongyang is concerned about Japan and South Korea's counterstrike capability. That's why the regime is so pleased that its mobile launch pad withstood the strong impact of the Hwasong-17 launch."

In Japan, the ruling parties, the Liberal Democratic Party and its partner the Komeito, are currently discussing the details and timing of exercising counterstrike capability to deter missile launches from an attacker's territory.

Both of Japan's leading political parties should devise methods to respond flexibly to all strategic threats.

Additionally, the US Department of Defense released its annual threat analysis report on China's military trends on November 29. Its analysis suggests that China could possess 1,500 nuclear warheads by 2035.

A Powder Keg Ready to Blow

China and North Korea are expanding their ballistic missile arsenals in both quantity and quality. Clearly, it will prove too much for the interception capability of Japan's Ballistic Missile Defense System (BMD). Even conventional, non-nuclear warheads will undoubtedly cause significant human and material damage, depending on where they strike.

Now that Aegis Ashore is no longer on the table, I intend to discuss head-on the possession of strike capability [counterstrike capability] by the Self-Defense Forces. At the press conference tomorrow, on the 18th, I intend to express my intention to call for thorough discussions about the safety of our country.

It was during the time when the Komeito Party was still denying Japan any means to counterstrike. Tetsuo Saito, the then-secretary-general of the Komeito, said, "I don't believe we will be able to gain the public's understanding, even from the basic concept of non-aggressive defense."

Nearly two and a half years later, the Far East region has turned into a powder keg. Abe was a politician who always raised crucial issues just in time before critical events started to unfold.