‘Seeing Differently’: Videos Show How to Be A Better Host or Tourist in Japan’s Kansai Region 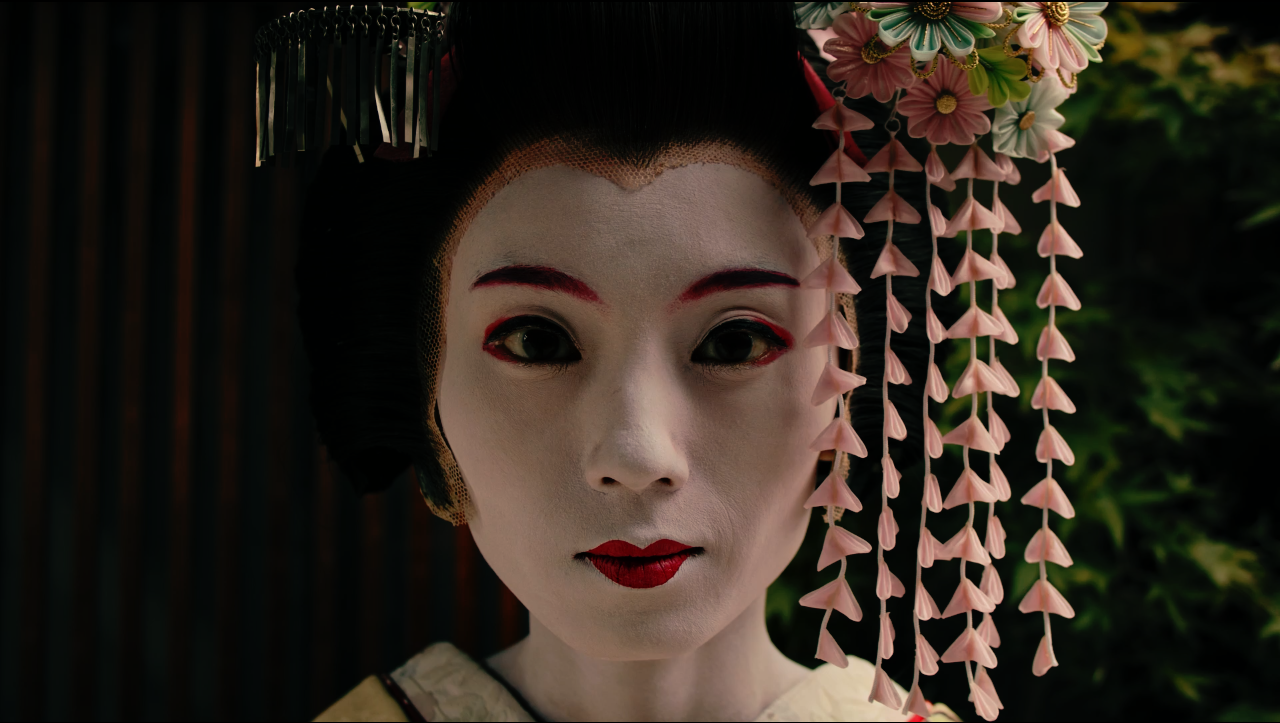 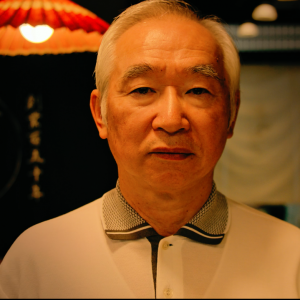 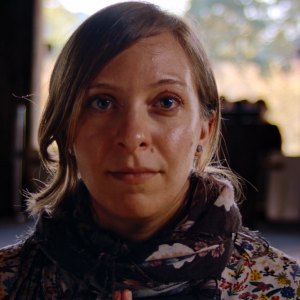 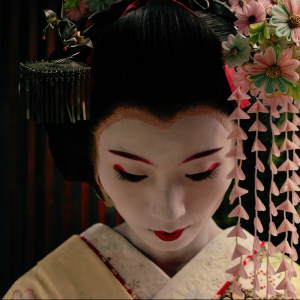 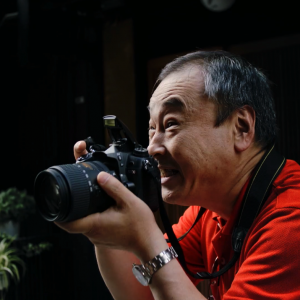 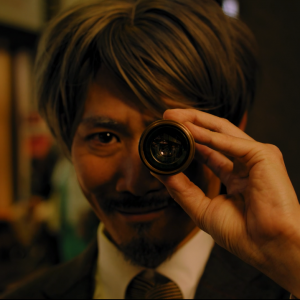 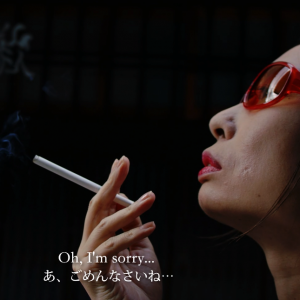 It’s the day and age travelling has become easier, and we can go to more places than our elders could have hoped for in their lifetime.

On the one hand, however, this freedom comes with the potential hiccup of the tourist being caught unawares of customs, and unintentionally offending locals. It might be something as innocuous as forgetting to take off your hat when entering a temple.

On the other hand, as a local, how do you welcome a visitor while gently prodding them to respect your customs? How can you find help to avoid misunderstanding visitors’ intentions? The tourists might just be unaware of a local custom, or unsure of how to behave without offending.

Is there a way, perhaps, to turn Japan’s traditional hospitality of omotenashi, the welcoming trait so many Japanese are proud of, into an antidote to guide visitors’ behavior?

To address these concerns, the KANSAI Tourism Bureau has produced three videos filmed in three different settings. After all, when it comes to visiting places, knowing people, and understanding cultures, both hosts and visitors share a common aim: celebrate Japan’s amazing beauty.

Setting the Stage for the Message 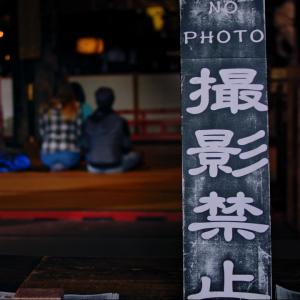 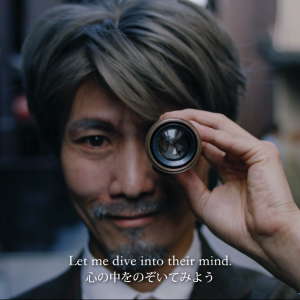 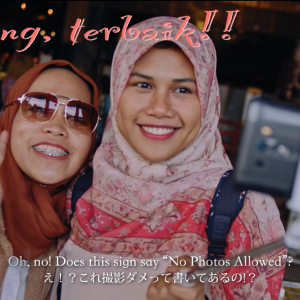 The videos were shot in Kyoto, which welcomed over 25% percent of total visitors to Japan in 2017, according to the Japan National Tourism Organization. However, the message of the videos could be applied anywhere in Japan, and indeed anywhere which welcomes tourism.

The format of the videos is effective. Each one highlights situations in a public place: on a street, in a temple, and at a market. The people who appear include both tourists and locals.

The first part of each video slowly scans over the people in the scene: some are just passing by; others look like your average tourist, taking pictures and eating on the street. At some point, various tourists display stereotypically rude behavior, such as littering in a temple.

The video then moves to a Japanese observer, who is puzzled by what is going on. With the use of a monocular, the observer decides to see what the people in front of him are thinking.

The second half of each video is delivered through the monocular. Each scene is revisited backwards, this time adding the audible thoughts of the Japanese onlookers and the tourists who seemed to be so rude in the first half.

We find out the littering tourist just didn’t know what to do with his drink because there was no trash bin in sight — he didn’t want to bring the drink inside the temple. The loud tourist photographer was just trying to be friendly. The Japanese onlooker who was rudely talking on the phone in a temple was in the tough position of being unable to refuse a phone call from his boss.

The Japanese man with a monocular is a clever narrative device, as it forces us to look at the scene from a different perspective, as the video title, “Seeing Differently,” eloquently suggests.

The videos take the potentially thorny topic of tourist manners and tackle it in an almost cheeky and playful way, like a puzzle. Think you understand what is going on? Well, maybe you should just try to think it through again — from another point of view.

Timely and Fun Tool for Visitors and Locals Alike 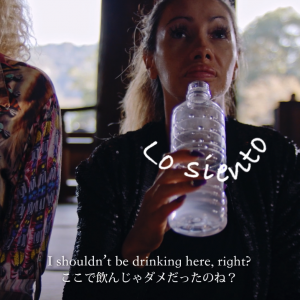 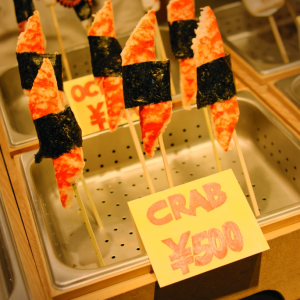 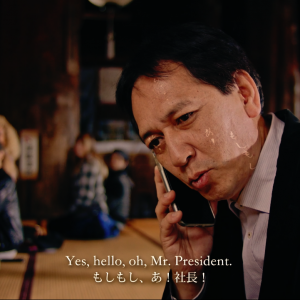 In fact, each video ends with a little twist in the story, and with the subtitle: “Everything you see is not always true.”

The videos bring home the idea that great story-telling has the power to surprise us. And when it does, we are gently prodded into rethinking our own behavior.

With the Tokyo Olympics and Paralympics taking place in Japan this year, the World Master Games in Kansai in 2021, and the Osaka Expo in 2025, the KANSAI Tourism Bureau is clearly trying to ride the wave of Japan’s popularity as a tourist destination, while being mindful of the difficulties it can bring.

The topic is timely and the videos are fun to watch. Thirty-one million people visited Japan in 2019, the highest number ever. The government has announced an expected 40 million visitors in 2020. Moreover, the country is aiming to accommodate 60 million tourists by 2030.

Take a look at the three videos shared below. Let us know your views, and — whether you live in Japan or overseas — remember to visit Kansai when you come to Japan!

On the Street – See Kyoto Through the Eyes of a Maiko

The setting is simple, and all too relatable for someone who has visited Kyoto recently. A woman in a kimono is standing on a street in the Gion district. From her appearance, she is assumed to be a maiko, the name used for an apprentice geisha in Kyoto. She is being accosted by a couple taking a selfie and by a loud photographer. Nearby, one woman is eating and another is smoking on the street. In the final cut, a Japanese family walks by, looking a little perturbed. This scene is witnessed by a Japanese man, who then pulls out a monocular to see into each person’s mind.

The scene is then played backwards, this time with the addition of the thoughts of the key people in the scene. It turns out, for example, that the couple taking a selfie with the maiko didn’t think they were doing anything wrong, because everyone was taking pictures with her.

Finally, the video zooms in on the poignant look of the young woman we think is a maiko. Only her thoughts enlighten us otherwise: “Would it be better not to tell them I am not a real maiko?”

In the Temple – Common Misbehaviors in a Place of Worship

In this video, the first cut is of a foreign woman praying in a temple. But around her, just about every stereotypical rude behavior is displayed. There is a man on the phone. There are loud people chatting. One person is drinking water in a religious dwelling. There is a man with a hat, and people obstructing the walkway with large luggage. Then there are women taking pictures even though it’s forbidden, and a man littering the temple.

The Japanese man watching this scene aptly comments: “They seem to have no respect. Let me dive into their minds.” He takes out his proverbial monocular.

We learn that the man littering knew not to take his drink inside the temple, but didn’t know where to throw it away. So he thought he would leave it on the side of the steps going to the temple. The women taking pictures hadn’t noticed that there was a sign forbidding photography. The other women, chatting loudly, just got a little carried away, and in their thoughts we hear them express their apologies. A French woman expresses frustration because she had hoped for a quiet place, while a Japanese man apologizes to his boss on the phone — he explains that he is in a temple so he can’t take the call.

As in the first video, things are initially misleading, and once the story is explained, there are more than a few enlightening surprises.

At the Market – It’s a Grilled Fish Stall, or is it?

The first half of the video presents the usual slow-motion snippet of an innocuous scene: people ordering items at a food stall selling fish skewers.

The monocular-wielding Japanese man looks at this scene and comments, “Everyone seems happy, but let me dive into their minds.”

Through their thoughts, we hear things we would not have expected. For example, the tourist who is so happy with the skewers is delighted because he can’t eat with chopsticks.

We also hear the thoughts of a Japanese employee. Slightly frustrated, she wishes visitors would not eat on the street. Then there is the local passer-by, looking melancholy, who reflects that it is why she has recently stopped coming to the stall.

Most surprising of all are the thoughts of the stall owner, who poignantly reflects on what else could be popular with customers, while his wife reminds him that they are supposed to be a nori (dried seaweed) store.

This last little twist in the story has the effect of making us stop in our tracks and think about each person in front of us. Clearly, there might be more to the story than we think at first glance.