Stories of 2022: Russia's War on Ukraine 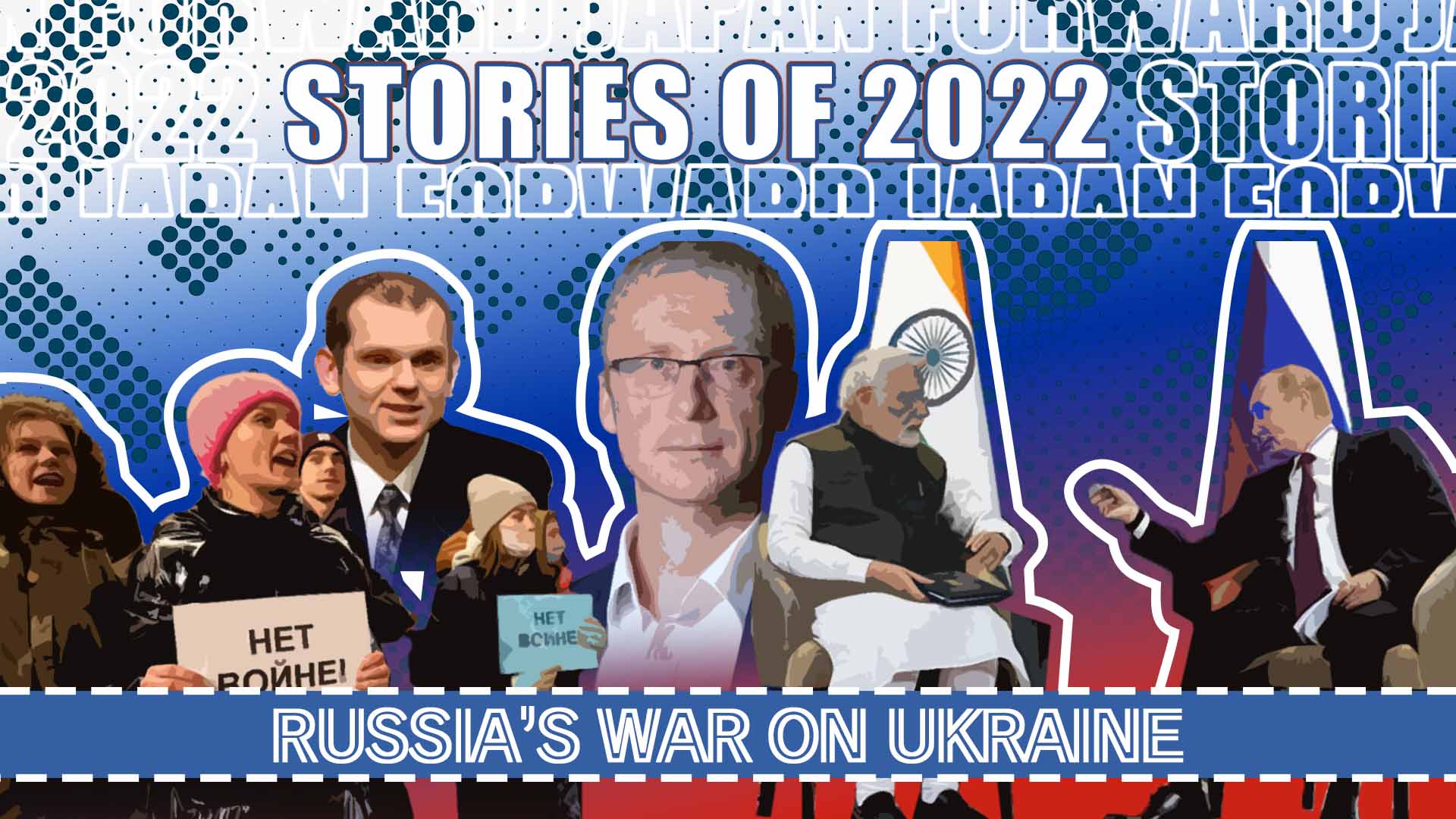 What were the stories of 2022 that many of you were following most closely on JAPAN Forward during the year?

As a tribute to our readers and supporters, we are bringing back your choices in five installments. Yesterday, we looked at kimono, and all that was entertainment and culture through the year.

Today we present the 4th group of stories many of you wanted to read: Ukraine.

4. Ukraine: The Year of the War by Russia

The war ordered by Russia's Vladimir Putin has directly affected many countries in Europe. But it has also impacted countries in Asia, including Japan, and in other regions of the world such as Africa.

The wider repercussions on the world order and the global economy will be felt for years to come.

Look back with us at the top articles you read this year on Ukraine, and especially how this war has changed relations in the wider Indo-Pacific region.

In our podcast, Andrii Gurenko, Ukrainian international relations expert, says the behavior of democratic countries towards Russia will be crucial.

Putin has the audacity to claim that the purpose of his invasion is to "demilitarize" Ukraine, but it threatens Ukrainian civilians who love borscht, just like Russian people.

Like what it is doing to Ukraine, Russia's occupation of Japan's Northern Territories is a "violation of international law and needs to be resolved," says Ukrainian spokesman.

Cybersecurity has become a key component of national security, and the government has a critical role to play to protect citizens and private property.

Growing ties with Japan and the West, along with championing itself as a global leader, are pressing India to reconsider its relationship with Russia.