Taiwan is a Country. We Lose More Than We Gain in Sticking to ‘One China’ Word Game 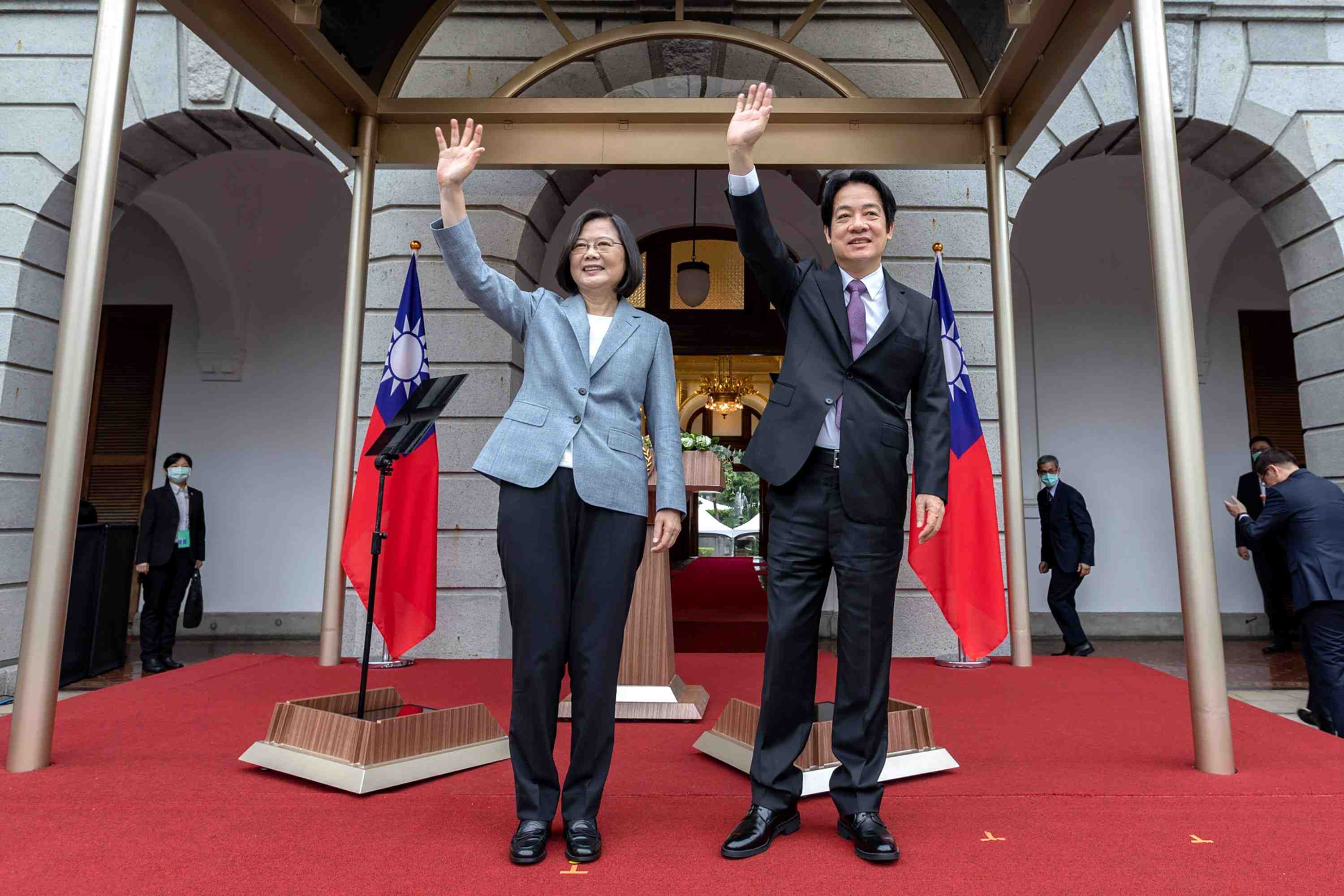 Taiwanese President Tsai Ing-wen waves with Vice-President Lai Ching-te after their inauguration ceremony in Taipei, Taiwan on May 20, 2020. Tsai was inaugurated for a second term amid increasing pressure from China on the self-governing island democracy. (Taiwan Presidential Office via AP)

For how much longer will the word games go on?

In a column on April 17, the Asahi Shimbun wrote about the comment of Constitutional Democratic Party of Japan leader Yukio Edano that Taiwan is a “country.” The newspaper zoomed in on the word “country,” stating that Edano’s “international awareness will probably be called into question.”

Later, Chief Cabinet Secretary Katsunobu Kato effectively corrected a statement by Prime Minister Yoshihide Suga in which Suga also referred to Taiwan as a “country.” Again, the word “country” was the issue.

Kato was recently asked about Japan’s stance on Taiwan by a Hong Kong-based TV station. Kato said: “As stated in the 1972 Sino-Japanese communique, Japan’s relations with Taiwan are nongovernmental. That position has not changed.”

Until now, the Japanese government has adhered to the “one China” principle, referring to Taiwan as a “region” as opposed to a “country.”

However, in the communique it merely stipulates that China’s stance — that Taiwan is an integral part of China — should be sufficiently understood and respected.

In reality, Taiwan has a population of 24 million people and is a democracy. Therefore, insisting that Taiwan isn’t a “country” is futile.

Japan may have no official diplomatic relations with Taiwan, but the same can be said about North Korea, which is treated as a “country” and not a region by the Japanese media and politicians. For example, in May 2018, the politician Taro Kono referred to North Korea as a “country,” and  nobody saw that as a problem.

“We are grateful for the deep friendship,” tweeted President Tsai Ing-wen on May 28, to thank Japan for its help in getting COVID-19 vaccines flown over to Taiwan.

When one considers that Japan has provided humanitarian aid, such as food and medicines, to Taiwan on many occasions, which is more appropriately described as the country here, Taiwan or North Korea?

Moreover, even if we do try to choose words that appease China — a country which is being criticized globally for genocide — we will end up losing more than we gain.

(Find access to the Sankei-sho column in Japanese at this link.)