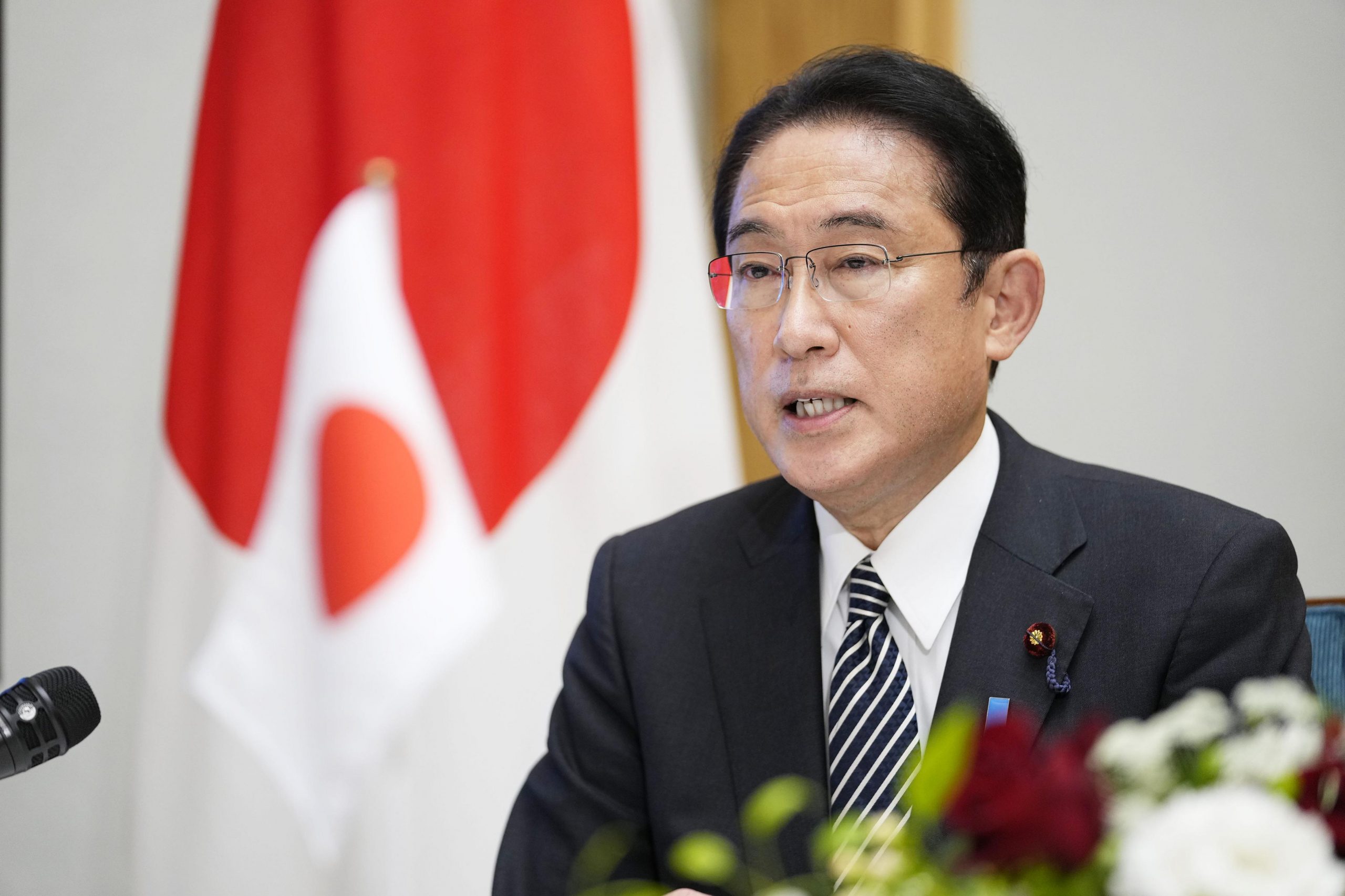 These are trying times for Prime Minister Fumio Kishida.

That is because it was former PM Shinzo Abe who appointed him to key positions like foreign minister and Liberal Democratic Party (LDP) policy chief. Abe is the one who mentored him to prime minister candidacy. But now Abe is gone — shot to death by an assassin.

Although Kishida and Abe differed on matters of policy, they were elected to parliament in the same year and were thereafter held together by a strong relationship of trust at the core.

After the recent election, Kishida said, “I will follow the wishes of Mr Abe and tackle difficult issues that he was particularly passionate about, such as the abduction issue and constitutional reform.”

Whether he can hold onto the LDP’s conservative base, which has been greatly shaken by Abe’s death, and fulfill the long-held ambitions of his now-deceased friend and mentor, will be a point of focus for Kishida.

On July 9, the evening after Abe was shot during his campaign event, Kishida wrapped up his last stump speech in Niigata Prefecture.

His speech for the Upper House election referred to a full range of issues, including the COVID-19 pandemic, diplomacy, security, and countermeasures against rising prices. It gave off the impression of circumspection, if not flat and uninteresting.

But on July 9, Kishida did not hide his emotions. “We must further energize and enrich the Japan that former Prime Minister Abe loved so much, and pass it on to the next generation,” he said.

A senior party official who had been close to Abe expressed his surprise. “It was as if he had embodied Mr Abe’s spirit.”

Since the start of the Kishida administration, Fumio Kishida and the late Shinzo Abe had increasingly been perceived as “water and oil.” Just prior to the Upper House election, there were rumors of a row simmering over the replacement of Kazuhisa Shimada, former vice minister of the Ministry of Defense, whom Abe had appointed as secretary to the prime minister.

But Kishida revealed that he had “no intention of quarreling with Mr Abe” and was planning to repair the relationship after the election. Tragically, Abe was killed before he could do so.

The two men were first elected to the Lower House in 1993. Since their younger days, the dovish Kishida and the hawkish Abe got on surprisingly well.

When they visited Taiwan as members of the LDP’s Youth Division, Kishida took on the role of drinking with local lawmakers so that Abe, who couldn’t drink, wouldn’t have to.

Even during the second Abe administration, which started in 2012, Abe continued to favor Kishida and appointed him to key positions, including foreign minister.

Abe was also clear about his expectations that Kishida would succeed him as prime minister. He even joked, “He’s already taking practice swings [in the on-deck circle].”

Some said that Abe’s all-out support of LDP policy chief Sanae Takaichi in the 2021 LDP leadership election indicated a rift between Abe and Kishida, who had also run the previous year.

Instead, Abe had played a role in Kishida’s victory by drawing conservative votes to Takaichi and knocking out Kishida’s biggest opponent, the LDP’s public relations chief Taro Kono, from the race.

Abe was a symbolic figure for the conservative base, which forms the bedrock of support for the LDP. It had been feared that his death would cause conservatives to drift away from the party.

But Kishida also has a strong conservative character. He has expressed an earnest desire to change the Constitution, insisted on upholding the male line of succession to the imperial throne, and shown a firm stance against China by warning against the China threat at the G7 summit held in Germany this June.

However, current and former members of the LDP’s Kochikai faction, currently led by Kishida, include former PM Masayoshi Ohira, who was foreign minister during the normalization of diplomatic relations between Japan and China, and former Secretary General Makoto Koga, who is opposed to constitutional reform. This has led conservatives to assume that Kishida has liberal leanings.

Until now, it was Abe who played the role of uniting the LDP’s conservative voters. From now on, the Prime Minister, who is the representative of the party, will have to fulfill this role himself.

Rallying the Conservative Base

In an interview with the Sankei Shimbun in May, Kishida said, “I served as foreign minister for a long time in the Abe administration, so I’m always thinking, ‘What would the Abe Cabinet do?’”

But Abe is no longer with him. Kishida has to seize the support of the conservative base with his own hands. For a start, his decision to send Abe off with a state funeral, the first in 55 years since former Prime Minister Shigeru Yoshida received that honor, was favorably received by the conservative base.

He will also need to secure the conservative base by addressing its long-sought aspirations, which include constitutional reform and resolving the North Korean abductions issue.

Some say that, by winning the Upper House elections, Kishida earned himself “three golden years” free of scheduled national elections. But Kishida says he has never thought of it this way.

The loss of a mentor in Abe has instead plunged Kishida into three years of trial and tribulation. The Prime Minister needs to do some careful steering, as one misstep could result in the loss of his bedrock supporters and the collapse of the foundation of his administration.